Can a former Lidl CEO transform Save-A-Lot into a major player? 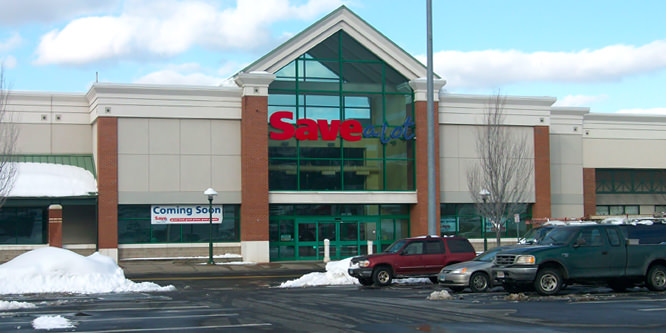 Save-A-Lot may yet be a player in the hard discount grocery market in the U.S. The chain announced that it has hired Kenneth McGrath, former CEO of Lidl Ireland and Lidl USA, to lead its business.

In hiring Mr. McGrath, Save-A-Lot gets a leader with 13 years of executive experience at Lidl. He served as CEO of Lidl Ireland from 2009 to 2013 and was put in charge of leading the chain’s entry into the U.S. in 2013. He left in 2015 to become a regional CEO of a wireless firm.

Matthew Ross, chairman of Save-A-Lot and managing director at Onex, praised Mr. McGrath’s experience in hard discount retailing. “He is highly capable of building a world-class organization, investing in the company’s capabilities and systems, and returning Save-A-Lot to industry-leading growth by leveraging its unique market position,” said Mr. Ross.

Mr. McGrath will replace Eric Claus, who has served as Save-A-Lot’s CEO since January 2016. Mr. Claus was brought in by Supervalu to lead the spinoff of Save-A-Lot. Supervalu eventually sold Save-A-Lot to an affiliate of Onex Corporation last December.

Mr. McGrath will inherit a company that has seen sales soften while facing the prospects of increasing competitive pressure from Aldi, Lidl and a host of regional players in the hard discount grocery business.

Aldi and Lidl are looking to replicate their U.K. success in America. The two account for nearly 11 percent of grocery sales in the U.K.

Aldi has been aggressively expanding into new markets, such as California, while making major investments in store remodels. The chain expects to reach 2,000 stores nationwide by next year.

Lidl is ahead of schedule with its U.S. rollout. The company announced plans to open 20 stores this summer in the Carolinas and Virginia. The chain, which plans to open 100 stores in East Coast states within its first year in the U.S., was not expected to begin opening locations until next year.

Save-A-Lot has more than 1,300 corporate and licensee-owned stores in the U.S.

DISCUSSION QUESTIONS: Can Kenneth McGrath transform Save-A-Lot into a force to be reckoned with in the U.S. hard discount grocery market? What will be his biggest challenges as he takes over at the company?

Please practice The RetailWire Golden Rule when submitting your comments.
Braintrust
"McGrath needs to look at what Aldi and Lidl have done to drive demand and find clever ways to stand out from what’s becoming a crowded market!"

4 Comments on "Can a former Lidl CEO transform Save-A-Lot into a major player?"

The hard discount grocery segment is quickly becoming a hotbed of activity in the U.S. Legacy brands around the country who used to be the darlings of industry conversation are feeling the pressure from European rivals entering the market after sweeping success in markets like the UK. Brands in the U.S., Save-A-Lot included, would do well to look at what competitors did and did not do in the UK to prepare for intense competition with Lidl and Aldi. In many ways, the grocery segment has been behind other retail segments in their use of data and technology to improve their shopping experience and their relationship with customers, but this is quickly changing. McGrath needs to look at what their shoppers like best about their stores and the overall experience and build from there. He needs to look at what Aldi and Lidl have done to drive demand and find clever ways to not just replicate that, but to stand out from what’s becoming a crowded market!

The answer is NO. Save-A-Lot is so far behind Aldi in sales per square foot it would take a monumental effort to cut Aldi’s lead. Many Save-A-Lot stores are located in small towns or economically depressed and difficult neighborhoods. Comparing Save-A-Lot to Aldi or Lidl is comparing apples to oranges. Their demographic base is entirely different. Aldi and LIdl usually have new construction stores. Save-A-Lot usually takes over the skeletal remains of a failed supermarket. Many Save-A-Lot stores are independents who have their own way of doing things and capital expenditures are on the owner’s timeline, not Save-A-Lot’s.

Avis made a reputation playing second fiddle to Hertz, but do you remember who was in third place? Probably not. Translation: I’m not sure (even) this country is big enough for three major players in the bargain food field. While I wish Mr. McGrath well, based on what I’ve read — here and elsewhere — trying to turn a struggling retailer into the leader is probably beyond the capabilities of a mortal, particularly with the quality of the competition he’s facing.

Great replies and I must agree with Mr. Livingston. It is not even fair to compare Save-A-Lot to Aldi (or Lidl) because the culture, offerings and customer base are completely different.

I personally like Save-A-Lot and I hope they can survive. They serve a lot of distressed and depressed areas and some places would turn into food-deserts with out their presence! That may be their strong point. Hopefully Sav-A-Lot can be made into a profitable survivor in what has been a VERY difficult business. The grocery business is starting to look like the dry goods business — those able to change and survive and those left behind — very scary times. However, Sav-A-Lot as an industry leader … well it is good to have goals, and that goal will make Sav-A-Lot a better competitor!

Braintrust
"McGrath needs to look at what Aldi and Lidl have done to drive demand and find clever ways to stand out from what’s becoming a crowded market!"