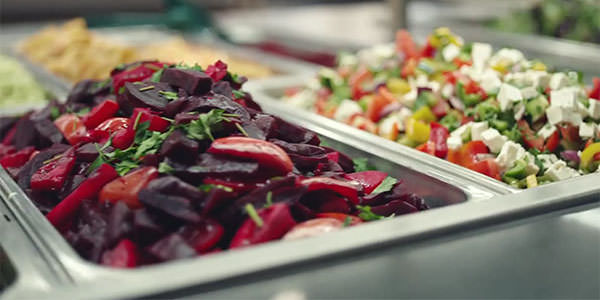 For some shoppers, part of what makes Whole Foods worth the price is its selection of fresh and prepared items. But Whole Foods is heading in the direction of giving up control of that part of the operation — sourcing from suppliers rather than company-owned kitchen facilities.

Whole Foods is closing down three of its kitchen facilities, according to The Boston Globe. One facility in Everett, MA, which provides food for 70 stores in its region, was found by health officials to have severe food safety violations including Listeria contamination. Whole Foods maintains the reason for the shutdown is business-related and geared towards operational streamlining. The company said it will be utilizing food preparation suppliers that will be make food based on Whole Foods’ recipes.

The two other kitchens closing down are in Landover, MD and Roswell, GA, The Globe reported. Whole Foods would not comment on how many stores these locations supplied.

Despite Whole Foods’ claim that the decision was driven purely by business concerns, meeting customer demand for fresh prepared meals safely has been a growing problem throughout the grocery industry. Foodborne illnesses at supermarkets doubled between 2014 and 2015, according to the Centers for Disease Control and Prevention (CDC).

The move to food suppliers is but one of the streamlining efforts that the embattled chain is making as it struggles against bad press and a host of mainstream grocery competitors moving into a niche that it once owned.

In January, Fast Company reported that the company had shifted control of the buying process from local buyers to category managers at the national level. This has raised concerns that Whole Foods may lose its reputation for giving small local brands a shot at national shelf exposure.

In addition to these moves, Whole Foods may also be shaking up its brand vision. The company recently brought on ad agency MediaCom to manage its media presence, reported Ad Age.

As of late January 2017, Whole Foods’ stock was down by half from where it was in 2013, according to InvestorPlace.

DISCUSSION QUESTIONS:  Will using vendors rather than company-owned kitchens affect Whole Foods’ business? Will the chain still be able to meet customers’ quality and price demands using this model?

Please practice The RetailWire Golden Rule when submitting your comments.
Braintrust
"If Whole Foods creates stringent supplier quality and price guidelines and holds suppliers to those standards, it's all upside."

5 Comments on "Will Whole Foods stay fresh using outside suppliers?"

If Whole Foods creates stringent supplier quality and price guidelines and holds suppliers to those standards, it’s all upside.

There are innumerable food preparation companies and caterers that on a daily basis already meet safety and quality guidelines, so there are definitely price-competitive vendors available. Nothing about their fresh food is particularly unique, so there’s even an opportunity for collaboration and regional influences to improve the product mix and cater to local influences.

In fact, they have a silent problem right now, not reported anywhere, that can be alleviated. The company has a perception that it’s a major supplier of organic products (not especially true — that’s another story) but their fresh foods and salad bar are typically devoid of ANY organic options. I get pushback on this from those that believe the hype and don’t look for proof, but it’s absolute. So, in outsourcing Whole Foods can capture a missing growth opportunity (the fastest growing food category) by stipulating that vendors include a designated number of organic options.

This move by Whole Foods, in my opinion, is more about saving on labor than anything else, as believe me it takes a lot of labor to prepare homemade foods from scratch. I think it will backfire as the consumers will think twice, knowing that the reason they enjoyed the Whole Foods experience was due to its fresh-prepared image using local suppliers. I spend a good portion of my payroll in my deli/bakery and we make everything from scratch, but it is what I choose to do, and most others buy prepared foods to heat up for their delis. I understand that they are trying to curtail labor and fringes as expenses are rising faster than sales, but the locally-sourced and prepared-on-site mantra they once promoted is now going to go away and it will hurt sales somewhat. The savings could actually add to the bottom line for them, but someone, a smart, strong independent, can take advantage of the situation and promote homemade foods and pick up more business. It is a struggle today… Read more »
1
|
0
-   Share

My first impression is “eww.” I don’t need to pay Whole Foods prices for GFS food. But I would be more likely to visit the Whole Foods food bar if I knew the produce was organic and GMO free. And I do like the idea of more local and regional fare being available. But overall, my best option here in the Lake Norman region is Earth Fare. They’re already delivering what Whole Foods seems to be aiming for.

Managing food prep quality and safety across 464 in-store kitchens is a complex and labor-intensive task. It’s not surprising for Whole Foods to seek ways to improve this aspect of its business. It could have centralized some recipe preparation at corporate-owned locations, but that would require added facilities investment and distribution systems. Shifting the burden to expert suppliers seems sensible on its face. To make this work, Whole Foods would have to define and enforce stringent recipe requirements and standards to protect its reputation with customers. The role of the in-store kitchens and personnel would obviously change under this new system. Less prep, less equipment, more unpacking and re-heating, I suppose. Off-site food prep creates another operational change, I think. Many supermarket kitchens source ingredients from the store inventory, which affects ordering and accounting processes. If prepared foods are pre-assembled elsewhere, store orders of those ingredients will be reduced accordingly. Without more information about Whole Foods’ methods, I cannot offer an opinion about this, good, bad or neutral. I was surprised to read here that… Read more »
0
|
0
-   Share

This move makes no sense to me other than as a cost savings measure. Why do people go to Whole Foods? Mainly for the fresh offerings in its meal sections. What’s the appeal left for Whole Foods after they make this move and people begin to realize that the food is not made on site? It’s just a place to be seen and see others buying overpriced product. Which makes them nothing more than a fad. I think they are shooting themselves in the foot on this one.

Braintrust
"If Whole Foods creates stringent supplier quality and price guidelines and holds suppliers to those standards, it's all upside."