Will Walmart have more success creating consumer direct brands than acquiring them? 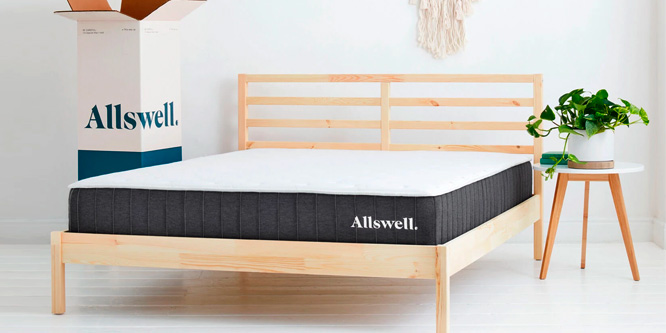 It’s been a couple of months since the news first broke that all was not well in Walmart’s digital paradise. The retailer’s strategy of acquiring digitally native brands and retailers including Bonobos, Jet.com, ModCloth, Eloquii and others, which has been widely praised in recent years, hasn’t paid the dividends that some within the company envisioned when the deals were made. In fact, Walmart’s e-commerce division in the U.S. is on pace to lose $1 billion this year.

Now, Marc Lore, the person responsible for leading Walmart’s e-commerce operations in the U.S., says the retailer is turning away from looking for acquisitions and turning its attention to developing its own digitally native brands.

In an interview with Recode, Mr. Lore pointed to Allswell, a mattress brand that Walmart created to compete in the bed-in-the-box category. Allswell, he said, has become a “multi-hundred-million (dollar) brand” for the brand.

“This was like an ‘aha’ for us,” Mr. Lore told Recode. “This is super interesting. We can create these ourselves.”

Much of what Mr. Lore and Walmart have done in recent years has been designed to gain an advantage against Amazon.com. While Walmart has improved its performance online and in stores, it currently holds a 4.7 percent share of online sales compared to 38 percent for Amazon.

In July, Walmart announced that it was integrating its supply chain and finance teams for walmart.com and its stores. The move was made to facilitate the retailer’s omnichannel push while taking redundant costs out of the system.

“Our customers want one, seamless Walmart experience,” wrote CEO Doug McMillon in an employee memo obtained by news outlets at the time. “Earning more of our customers’ business in food and consumables is foundational to our strategy, and, at the same time, we will expand our ability to serve them with general merchandise in stores and through our broad e-commerce assortment as we continue to invest and build our e-commerce business.”

Please practice The RetailWire Golden Rule when submitting your comments.
Braintrust
"Walmart should do the same thing with their brands that they did with their supply chain — consolidate everything and focus on building one strong brand across all channels. "

"I think Walmart testing the out-brand idea was a valid attempt and should be considered valuable learning rather than a failure."

"The focus on “digitally native brands” is a bright shiny object. Walmart isn’t cool. Walmart is efficient and price conscious."

15 Comments on "Will Walmart have more success creating consumer direct brands than acquiring them?"

Walmart has always been a company that does best when they control everything. They demand a lot from their vendors and more often than not eventually find a way to produce the products themselves. That has been their strategy for a very long time, and it works well for them. Unfortunately, too many vendors through the years have found themselves losing their biggest customer once Walmart makes the decision that the vendor is no longer needed.

Now Walmart is continuing that strategy by creating their consumer-direct brands and, most likely, they’ll find success. Walmart is also wise to try different concepts before investing entirely in them.

Using outside vendors first allows Walmart to see how the consumer responds, how they might be able to improve upon either the product, the cost or additional products, and then when ready they take it on. I see this as a typical move for Walmart and know the company; I’m sure it will be successful.

Walmart is better off developing and running businesses through a Walmart model, not an Amazon model. It’s not a function of creating or acquiring. It’s about identifying the right market opportunities and acting. An internal idea is going to start from scratch. If they spot an external idea that is small and not yet a needle mover, so what? If it puts them ahead of an internal development, go for it. It’s about the quality of the idea, not pride of authorship. It’s a big planet with a lot of very smart people working on new ideas. Walmart is going to out-think them all? Losing a billion dollars was not a function of internal or external development. It was about choices made in the running of the business.

The success of consumer direct brands at Walmart, in my opinion, has far less to do with the “build versus buy” question, and far more to do with the “on brand or not” question. Most of the direct-to-consumer acquisitions have been companies that fall outside the core Walmart brand “ethos.” Most were interesting companies with dedicated customers, but those customers were not typical Walmart customers. The old adage “stay in your lane” applies here, and Allswell – a value-priced alternative in the boxed mattress category — is much more in Walmart’s lane than bespoke suits, even if the suits are value priced.

Walmart has learned plenty about the direct-to-consumer world from their acquisitions and experiences of working with the Bonobos, Jet.com, ModCloth, and Eloquii teams. At this point, with Marc Lore at the helm of the e-commerce and digital portfolio, there is a significant opportunity for Walmart to start flexing their private label aspirations.

Walmart has reaped the benefits of its digital native brands acquisition spree, and the retailer is well-positioned to drive a private label assortment offering similar to the value and margin driving model that Amazon has in place. Walmart and its loyal consumers will benefit from the company establishing differentiated, margin-enhancing assortment.

Walmart should do the same thing with their brands that they did with their supply chain — consolidate everything and focus on building one strong brand across all channels. I don’t get the recent infatuation with “digitally native brands.” Marc Lore hails from the digital world so his categorization of brands is understandable I guess. But it’s almost as if we believe a brand is somehow fundamentally different if it is initially distributed digitally versus in physical stores. It is not. A brand is a brand — not a distribution system. Either it has unique attributes and utility that are meaningful to a group of consumers or it doesn’t.

Totally agree, Ben. A brand is a brand — full stop. The reason “strategic digital acquisitions” fail so often is that there is a culture clash between “digital” and, I guess what we have to call, “analog” thinking and ways of looking at the world, i.e., “We’re right and they just don’t get it.” By the way, doesn’t matter who “we” and “they” are, the problem is as intractable one way as it is the other. Walmart knows its customers better than any other brander and, as the late Dave Nichol demonstrated so well at Loblaw decades ago when he created “President’s Choice” any product can be taken apart, analyzed, improved, rebranded, and sold for less. If it works for Chips Ahoy, it will work for mattresses. When a person falls asleep at night it really doesn’t matter if they are members of the Greatest Generation or digital natives, or whether they bought their mattress in a store or online — they just want a good night’s sleep. Customers don’t think in terms of “channel… Read more »
4
|
0
-   Share

I’ll be honest; I never understood what Walmart got out of acquiring Bonobos, Moosejaw, and some of the other brands they picked up. Creating their own new brands, however, makes a lot of sense. Doug McMillon is doing a lot of things right.

The acquisition spree that happened over the past few years of DNVBs was smart. Take the learnings from the experts from the companies and then apply it internally. This announcement of going “in-house” versus acquiring sounds like they got what they wanted from the brands (talent, new customers, insights, innovation). With Walmart already looking to selloff ModCloth, it wouldn’t be surprising to see a selling spree in the near future.

It does go back to retail’s central question: buy, build or bridge? The answer these days is “all of the above” and winning retailers will shift among these strategies when it makes sense. In some cases, that may mean buying the way to innovation (or brand expansion) through acquisition, then shifting to DIY. These shifts should not be portrayed as failures by default and in fact exemplify the growing agility of behemoth retailers like Walmart. Amazon created piles of private brands practically overnight on a scale that retail has never seen. All were incubated in the digital space and many have no clear association with Amazon (intentionally). I forecasted the adoption and eventual proliferation of this “secret” brand movement a while back as the next evolution of private brands. Welcome to the party, Walmart!

From my experience in specialty retail, I’ve seen both work and both not work so, in the case of small box retail, I think it truly depends on the strength of the mothership brand. But it appears as though, in the case of Big Box retail (Target/Walmart/Home Depot, etc.), the “home” brand always rules. If you think about it Sears showed the way a long time ago, to say nothing of what Target’s been doing the last 20 years. STILL, I think Walmart testing the out-brand idea was a valid attempt and should be considered valuable learning rather than a failure.

The strategy is not either/or. It is, “our customers want one, seamless Walmart experience.” If one follows that strategy, they do all of the above. The answer to the question of “build or buy” should depend on what the acquisition has to offer. Jet.com offered a successful e-tail model. Bonobos had a unique offering that would take years for Walmart to develop, if they could do it at all. On the other side Sears, in its day, did a pretty good job of building brands that could compete.

So build the “SEAMLESS Walmart experience” and use whatever tools are necessary to get there.

The benefit of acquiring brands, for Walmart, is that the retailer was able to tap into consumer subsets that it never would have been able to access through independent lines. I don’t see this changing, and I don’t see mid to high-income customers starting to shop at Walmart without the draw of an outside retailer. Walmart isn’t the cool brand. It’s not selling the shopping experience. It’s not Target. How is Walmart focusing on developing its own brands going to help it reach new customers?

Walmart will succeed by building brands or buying brands that appeal to their customer base. Period. Did the core Bonobos customer ever shop at Walmart? Um, no. Jet? Nope. ModCloth? Unh uh. Stay in your lane and stay true to your brand promise, Walmart, and you will undoubtedly succeed.

I may be mistaken, but it seems that Walmart unlike, say, Costco, was never big on developing in-house brands when everything was store based. I don’t know why that was. Perhaps they felt it was better to concentrate on retailing rather than manufacturing or maybe not being vertically integrated made it possible to squeeze suppliers. But the point is, the expertise was never developed. I’m not sure they can just jump into it now.

Braintrust
"Walmart should do the same thing with their brands that they did with their supply chain — consolidate everything and focus on building one strong brand across all channels. "

"I think Walmart testing the out-brand idea was a valid attempt and should be considered valuable learning rather than a failure."

"The focus on “digitally native brands” is a bright shiny object. Walmart isn’t cool. Walmart is efficient and price conscious."