Will the Galaxy Note 7 snafu send Samsung up in flames? 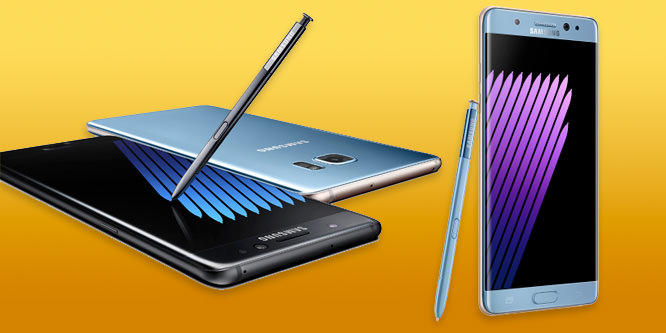 Two weeks ago, Samsung issued a statement that it was ending sales of and voluntarily recalling its new Galaxy Note 7 smartphone after an internal investigation confirmed reports that batteries for the devices were catching fire. Concern about the devices was such that airline passengers in the U.S. and Europe were told not to use the devices during flights. With millions of phones involved in the recall, Samsung’s reputation and stock have taken serious hits despite the company generally getting high marks for its quick response.

In an interview with The Wall Street Journal, Peter LaMotte, senior vice president at Chernoff Newman, said the decision by Samsung to stop sales and issue a recall of more than 2.5 million phones after receiving only 35 incident reports was an effort to reduce the risk of damage to its market and financial positions.

Mr. LaMotte lauded Samsung for its stakeholder messaging, as well.

“Its official statements rely heavily on messaging focused on the concern for the safety of its customers and the inconvenience the recall will create,” said Mr. LaMotte. “Rather than attempting to explain or defend its product or brand, Samsung delivers the announcement succinctly with simple facts of steps that are being taken.”

Despite the kudos for crisis management, Samsung has suffered a major financial blow and has not yet made clear a timetable for handling the recall.

In the meantime, some consumers are still using the Galaxy Note 7. There were reports earlier this week that a six-year-old boy in Brooklyn, NY had suffered burns when one of the phones exploded over the weekend. In its home market of South Korea, Samsung has said it plans to roll out a software update next week to limit the amount batteries can be charged to 60 percent. According to CNN, it is not clear if the fix will be made available elsewhere.

One beneficiary of Samsung’s woes has been Apple, which has gained billions in additional market value following the debut last week of the iPhone 7.

DISCUSSION QUESTIONS: Do you think Samsung’s reputation and financials will take a long-term hit as a result of the problems with the Galaxy Note 7? How would you assess Samsung’s crisis management response to date? What will this mean for Apple’s business and other competitors in the smartphone market?

Please practice The RetailWire Golden Rule when submitting your comments.
Braintrust
"People have a short memory and this too shall pass. The clear beneficiary of Samsung’s setback has been Apple. "

"The fact that Samsung quickly and clearly communicated this, as well as having a solution, demonstrates their consumer-based focus."

"Not only have they done the right thing, I have seen many articles, not written directly by Samsung, that explain what causes these explosions."

10 Comments on "Will the Galaxy Note 7 snafu send Samsung up in flames?"

Samsung, a company that makes hundreds of products, has one phone that didn’t work as planned. This is not going to hurt its reputation in the long run. Samsung management quickly stepped up and announced a recall. They are handling this crisis well. The Samsung crisis is perfect timing for Apple, which announced the iPhone 7 last week; thus the jump in Apple stock on a down day for the stock market.

The device recall will certainly derail Samsung temporarily but they’ll bounce through and back from this. Samsung handled the battery snafu directly and succinctly without trying to gloss over the potential danger with its customers and the market as a whole. People have a short memory and this too shall pass. My son bought the Note and I was surprised how long it took for Verizon to contact him about the recall. To date he has not received any further information as to how, where and when the recall will be addressed. The clear beneficiary of Samsung’s setback has been Apple. The timely release of the iPhone 7 has provided a reason for shoppers to purchase an iPhone at Samsung’s expense. Maybe there’s a Note 7 sticker in Apple’s library? (I bet there is one somewhere out in Cupertino!)

Obviously Samsung financials will take a hit but will they recover? Yes. Not only have they done the right thing, I have seen many articles, not written directly by Samsung, that explain what causes these explosions. I had no idea how dangerous lithium batteries were. It is quite a balancing act and if the anode and cathode cells are placed even the slightest bit too close, explosions will happen.

Explanations like that go a long way with the public. It tells them that Samsung did not make a shoddy design decision but rather the manufacturing specs were just a little off on some runs.

What does this mean to Apple? Working with batteries in that small of a space can be tricky — so be careful.

Lithium ion battery leaks, which are very rare, do cause damage and can cause combustion, which is also very rare. As components made to spec assure device and user safety through heat and puncture resistance, this “glitch” will not harm Samsung. This is in contrast to the design changes of the iPhone 7 in which the headphone jack is eliminated in the interest the move to wireless earbuds. This is akin to the built-in obsolescence for which Apple has become know as charge/docking ports are changed, rendering previous peripheral devices (speakers, etc.) useless.

Samsung acted responsibly by making the announcement of a potential problem. Now let’s see how they act as they move to resolve it. This is what will separate them from their competitors who could be facing a similar occurrence.

I think Samsung handled this one just fine and will not have a long term reputation problem. I do wonder, though, with any of the smartphone operators, whether they have enough “new and compelling stuff” to put into the next phone to support the cost and benefit of upgrading, or whether the replacement cycle on Notes and iPhones is going to get longer in any case.

Will it take a hit? Of course. Is it deserved? Without knowing the technical details, it’s hard to say (though the prevalence of similar problems with other companies’ batteries suggests limited culpability).

Can they recover? That depends not only on their own response — that they be forthright and ultimately be found more or less blameless — but that of their competitors: de Havilland never really recovered from the Comet disaster(s) because competitors were able to gain knowledge and improve their own products, free from stigma. And that could certainly happen to Samsung … or not.

I wish them well.

When a device you keep in your pocket has the potential to burst into flames, that’s when consumers start paying attention to the alerts. I can only imagine (or hope) that when word broke a few months back that those “hoverboard” things were prone to exploding quite dramatically, that it impacted sales. However I think because people buy smartphones relatively rarely compared to other items, this incident will have dissipated from the public mind long before most consumers take their next trip to pick up a Samsung.

The company handled it well by dealing with the situation quickly. Assuming they don’t have any further problems with their phones exploding they should be OK. If it starts to look like a trend and the press picks it up accordingly, that’s a different story. As others have noted, it is fortuitous for Apple right this second, but probably not a huge deal in the long run.

The visibility of the problem is widespread, as flight attendants on a flight last week included a special message directed to passengers holding a Galaxy Note 7. Beyond placing them in airplane mode, passengers were asked to turn them completely off during the duration of the flight.

Samsung has the opportunity to recover quickly if it finds a fix for these devices and communicates the plan for repair clearly to consumers. Long term damage may be linked to how consumers evaluate the root cause of the problem. A spectrum of opinions will be drawn depending on whether the root cause is faulty design, a bad batch of batteries or another unknown problem.

Also in favor of Samsung is that the immediacy of information dissemination online often highlights the “latest” big story, meaning that if Samsung does its part, consumers will soon move on to another headline.

Braintrust
"People have a short memory and this too shall pass. The clear beneficiary of Samsung’s setback has been Apple. "

"The fact that Samsung quickly and clearly communicated this, as well as having a solution, demonstrates their consumer-based focus."

"Not only have they done the right thing, I have seen many articles, not written directly by Samsung, that explain what causes these explosions."