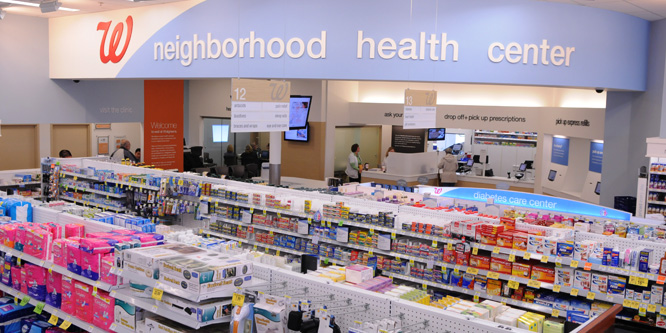 In more recent news, both Rite Aid and Walgreens issued press releases this week announcing they are raising the minimum age to purchase tobacco and vaping products in their stores to 21. Reading the announcements, you might conclude that both retailers are simply doing the right thing by taking steps to reduce tobacco use by teens and young adults despite the likely losses in revenues such actions will bring.

The truth, according to reports, is that both chains are conforming to local and state prohibitions on the sale of tobacco to anyone under 21. Dozens of states and hundreds of local governments have passed bills raising the age to legally purchase tobacco to 21.

Rite Aid and Walgreens are also a half-step ahead of expected federal legislation that will also prohibit the sale of tobacco based on age. Senate Majority Leader Mitch McConnell has previously announced he would introduce a bill next month to raise the national minimum age for purchasing tobacco products to 21.

Walgreens, which will put its new restrictions in place on Sept. 1, said the decision was part of its continuing effort to keep these harmful products out of the hands of younger consumers.

The chain has touted its smoking cessation program efforts and other steps to restrict tobacco use to adults. Unfortunately, Walgreens was named by the Food and Drug Administration as the pharmacy most likely to sell tobacco to underage consumers. Twenty-two percent of Walgreens’ 6,350 stores illegally sold tobacco to minors, according to the FDA.

Walgreens, which has tested tobacco-free stores at 17 locations in the Gainseville, FL market, has steadfastly maintained that it will continue to sell tobacco products because of its positive effect on the retailer’s top and bottom lines.

“Our decision is directly related to research from the National Survey on Drug Use and Health that shows over 80 percent of adult smokers smoked their first cigarette before they turned 18, and nearly 95 percent started before age 21,” said Bryan Everett, chief operating officer of Rite Aid, in a statement.

DISCUSSION QUESTIONS: Will Rite Aid and Walgreens derive business benefits from each chain’s announcement regarding age prohibitions on the sale of tobacco and vaping products? Will CVS benefit at this point from its forward-thinking actions on the issue?

"Geez, what a flabby approach to an ongoing problem. Both should follow CVS’s lead and remove tobacco products altogether."

"The health angle is just spin. If it were truly a health position they would follow CVS."

In this age of health and wellness driven especially by a younger customer and also from the over-65 gang (Boomers), it’s OK to be a fast second to CVS in my book. But in the end, CVS will definitely reap the most out of this as first to market. In any case, bravo — it’s about time.

CVS dropped $2 billion in sales and I don’t recall their getting much of a positive rebound from people who thought their approach was good. Their share prices are not much different from Walgreens suggesting no positive impact. So no, there is no benefit coming and probably a small hit to Walgreens and Rite Aid, but not much.

There is no health credibility to be gained here. This is a rather small compromise that is largely being forced on the chains. By comparison, CVS’s move was bold and showed they were prepared to put their money where their mouth is!

All that said, in my personal view the fact that Walgreens sells tobacco doesn’t lessen its ability to offer health advice or sell me health-focused products.

As for raising the age to 21: absurd. 18 by all means, but to be able to fight for your country in a war, raise a family and so forth, but not be able to buy tobacco or alcohol is totally illogical.

It appears there are some CVS haters in the crowd, Neil! Ha!

Walgreens is a day late and a dollar short.

First mover has the bragging rights and that was CVS. However CVS did not claim the HEALTH brandspace as well as they should have. It became just a mention in its transactional-based marketing. It was not used as a REASON WHY for everything they did.

However, it is now a table stake. Walgreens/Rite Aid must do so because it is expected. Too bad that instead of transformative it has been relegated to catch-up.

Geez, what a flabby approach to an ongoing problem. Both should follow CVS’s lead and remove tobacco products altogether. CVS undoubtedly took a short-term hit from that action, but it’s making money hand over fist now. Real “health cred” means a retailer not selling products that can kill its customers.

While it’s commendable for Rite Aid and Walgreens to keep pace with CVS, by limiting tobacco sales, it will ultimately lead to the smoker going to other sources for their smoking habit. CVS certainly reaped the benefits of being the cold company to take a stand, that negativity impacted their business. However, from a health consciousness perspective, they earned some points.

The convenience segment, CVS, Walgreens and Rite Aid have an opportunity to meet the needs of an evolving consumer who is focusing on wellness, health and favors organic products. By increasing its presence in these categories, this market has an opportunity to increase its margins, revenues and perhaps draw more customers.

CVS has survived without tobacco sales and frankly, Walgreens and Rite Aid could as well. Raising the buying age to 21 is excellent, and I doubt they’ll lose much business. As all these stores are focusing more on wellness that is the direction they will benefit from the most. When tobacco sales across the nation began to decline because of stricter laws, the c-store industry bounced back by investing more in food services, and today all c-stores offer a variety of hot and cold foods and have found a healthy selling category in their stores. Walgreens, Rite Aid, and all the pharmacy/HBA stores can replace tobacco sales with wellness services and products that will build that into a healthy category. It’s a matter of adapting when times change. I am pleased to see the effort in deterring young people from smoking. Ironically as we are taking an interest in preventing people especially younger ones from smoking, at the same time, we see the push to legalize marijuana which no doubt will cause huge problems as… Read more »
1
|
-1
-   Share

I just want to be clear — are we asking if making even a dent in the 433,000 U.S. citizens who die from tobacco-related diseases every year, 90 percent of whom started down that road as teenagers, will lead to business benefits?

Gosh, have to think about that. Will get right back to you.

I’m yawning. Raise the age to 21, and the 18 year old walks across the street to a convenience store. Beyond hearing people say it is nice of these stores to be that concerned and raise the age, or that it’s nice that they quit offering the product, it is not going to sell more cough drops. At least I don’t think it will.

Hello from the Great White North where pharmacies haven’t sold tobacco products for a very long time. And guess what? They haven’t gone out of business.

It’s a completely hypocritical thing to sell something that kills your customers when you’re supposed to be in the business of making them healthy. Values, people. Values.

Stop thinking of the bottom line first and take a closer look at exactly why you’re in business as a retailer. In the case of pharmacies, tobacco and vapes wouldn’t even make it to the shelves.

Thank you my Canadian brother. Excellent point…maybe there is value in finding a higher purpose!

It’s a move to better manage compliance in the short-term (are you an 18 store or a 21 store) and in the long term be in line with federal laws. The health angle is just spin. If it were truly a health position they would follow CVS.

The moral and economic argument for Walgreens is that by continuing to sell tobacco products they have an advantage in smoking cessation more than smoking adoption.

Having a loyal market of nicotine buyers equips pharmacists and technicians to offer advice on quitting.

This not only is the right thing to do, it also allows Walgreens to play to both sides of commerce — starting with tobacco.

"Geez, what a flabby approach to an ongoing problem. Both should follow CVS’s lead and remove tobacco products altogether."

"The health angle is just spin. If it were truly a health position they would follow CVS."