Will rising costs throw a wrench in e-commerce operations? 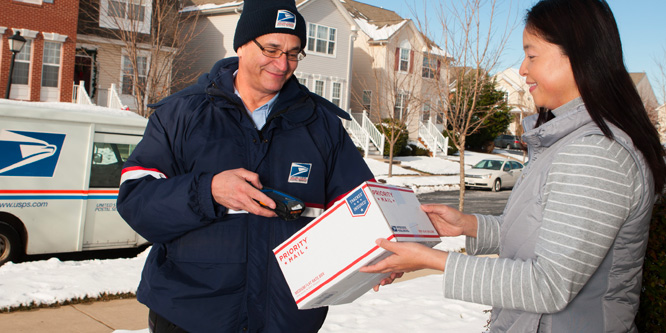 Last week, e-commerce providers were hit by a double whammy of negative news: a proposed hike in postal rates as well as a report indicating warehouse space remains scarce.

The U.S. Postal Service (USPS) proposed last Wednesday that traditional parcel delivery — which applies to packages weighing more than a pound — would go up 9.3 percent, while the rates for lightweight packages would rise 12.3 percent. The changes will take effect on January 27, 2019 if approved by the Postal Regulatory Commission.

Major carriers, FedEx and UPS, have raised their own delivery rates in response to USPS increases in the past. According to MarketWatch, Barclays said in a note on Amazon, “Our math … suggests Amazon will have five percent lower retail operating income from this shipping cost inflation, if we assume there are no offsetting factors.”

At the same time, The Wall Street Journal, citing a CBRE report, says warehouse availability in the third quarter reached its lowest level since 2000 due to expanding online growth. About 50 million square feet of distribution capacity was added in the third quarter, but e-commerce fulfillment operations are quickly filling those spaces.

Retailers bringing in holiday product earlier than normal ahead of proposed tariff hikes may also be partly driving warehousing challenges.

A CBRE report from early September forecast that the rapid growth of e-commerce will create demand for another 452,000 warehouse and distribution workers in the U.S. this year and next. Investing in more automation and recruiting from other industries may help mitigate labor scarcity, but the report states that site selection will become more important for the already labor-strapped industry.

“The most intelligent site selection efforts never lose sight of the fact that labor accounts for more than 20 percent of total supply chain cost and up to 75 percent in final-touch distribution. Its importance can’t be overstated,” said Adam Mullen, senior managing director – Americas leader for CBRE.

DISCUSSION QUESTIONS: Will retailers be able to offset, or will they have to absorb, higher costs related to postal rates and warehousing? How might higher operating costs and warehousing shortages affect retailers’ financial performance?

Please practice The RetailWire Golden Rule when submitting your comments.
Braintrust
"Everywhere we turn there are signs of inflation from cost of products (manufactured or sourced), to shipping and wages."

"This is a great example of market forces that will drive innovation."

16 Comments on "Will rising costs throw a wrench in e-commerce operations?"

Although retail demand is strong, retailers are facing a rather toxic cocktail of costs. Labor is more expensive, trucking rates are rising, tariffs are adding more expense, and now fulfillment costs will potentially be higher.

Some, but not all of this, can be offset. I suspect most retailers will ease up prices, but will do so cautiously so as not to scare off consumers and become uncompetitive. As a result, margins will come compressed.

A further dynamic might be retailers encouraging more consumers to pick up deliveries from stores rather than have them delivered. Walmart already builds in a financial incentive for consumers to do this, and that kind of thinking will likely become more common.

Margins in most e-commerce businesses are painfully low. This new double whammy can’t help. Given the already low margins, retailers will not be able to absorb the rise in costs, so one constituency will have to pay up — consumers. One company that may not be hurt by this is the company who’s spent 20 years convincing Wall Street that profitability does not matter …

Retailers will survive because they always do. It was only a matter of time before e-commerce would start to experience their own lists of headaches like brick-and-mortar retailers have dealt with for years. Instead of the constant rent increases now e-commerce is coping with higher costs of shipping. Instead of retail store location competition now e-commerce is dealing with the limited warehouse space. Every industry will have their problem and as e-commerce has blossomed into a vast mega sector having issues to deal with is part of the game. However, they will survive. They will find ways to deal with the extra costs. Some of the added expenses will mean customers will pay more, while other expenses the e-commerce companies will absorb, and they will find different ways to save money. Expect now to see the warehouse building boom. But one wonders if in 10 years we’ll see, from too much construction, warehouse space becoming cheap as warehouses start closing from lack of tenants. It’s all part of what takes place as the industry needs… Read more »
2
|
0
-   Share

I actually believe the current level of value offered to shoppers, in general, is unsustainable. Virtually all SG&A costs are rising, including labor, so retailers will either have to build these COGS into their selling prices and/or they will have to once again break out items for surcharging, such as shipping.

Some large retailers will absorb the cost while most will increase shipping or basket minimums this holiday season. Once one national retailer adjusts their requirements the others will follow, similar to American announcing baggage fees back in 2008.

No one should be surprised to see shipping rates going up. E-commerce is growing at 16 percent/year, UPS/FedEx/USPS are growing in capacity at 4 percent/year, so do the math. Shippers have a constrained supply and will try to maximize revenue. Warehouse space in the U.S. is now more expensive/constrained than retail space. As cost structures change, it changes the value equation. Maybe last year I optimized my checkout funnel for maximum conversion (instead of upselling), but now I’m willing to risk losing the single SKU order in favor of cross-selling them to a more profitable three SKU order. Maybe I’ll more aggressively promote my in-store pickup service. It’s why Amazon has made a huge investment in building out its own last mile infrastructure. UPS/FedEx own between 120,000 and 160,000 vans, Amazon already owns 25,000 vans, and they are not even serious yet. Amazon Flex and Amazon Delivery Service give Amazon ways to outsource the last mile that do not rely upon traditional carriers. Cowan estimates that Amazon currently fulfills 58 percent of their demand with… Read more »
4
|
0
-   Share

“Free shipping” is like free lunch, in a way — there’s no such thing. And the inflationary pressure on logistics costs is coming from several directions — warehouse capacity, tight labor markets, higher fuel costs and so forth.

But are retailers footing the bill for these costs or expecting their vendors to pick up the tab? At the college-level retailing class that I teach, a guest speaker in the wholesale business made clear that suppliers are bearing the growing margin burden for these kinds of expenses.

Ultimately the consumer will absorb the costs, followed closely by retailers. Reminds me of the tariffs; who do you think is going to pay for tariffs on China? No one seems to care because all boats are floating now but, at the end of the day, retailers need their vendor partners in China, just as they will need their shipping and storage partners to work with them as much as possible.

Ps: I’m sure you’ve read where Amazon has started their own shipping company and already has over 60 cargo planes in the air. Again, ahead of the game.

There was no room in the margins to absorb any new costs. And “free” delivery is almost table stakes at this point. So purchase thresholds and attending fees are certainly targets. This is a prime time for companies to take a hard look at the mechanics of their membership programs.

Everywhere we turn there are signs of inflation from cost of products (manufactured or sourced), to shipping and wages. These will make their way to consumers in higher prices, less (deeper) discounting, and rewarding of bigger basket purchases. On the retailing side, technology will continue to offer opportunities to increase productivity and redefine what people do and what robots and embedded machine learning can do to shift labor content to higher value outputs.

For now, there’s no reason that retailers can’t judiciously pass some increases in COGS while working to offset the rest via use of intelligent technology. However, once the business cycle turns negative, the companies with healthy balance sheets will be the ones to survive and invest as they prepare for the next business upcycle — this is inevitable.

Serious question — but how many omnichannel distribution channels does the retail world need? It is only a matter of time before retailers recognize that their omnichannel supply chains are NOT a competitive differentiator and, for many of them, detract from the brand experience they are trying to deliver. I would bet on serious consolidation in this area.

For many yes. The focus on the store increases as a centralized hub to experience brand, product, and service. E-commerce is a limited channel, especially at macro scale.

So what? Costs are going up. Like that hasn’t happened before? And it’s not like it’s happening to just one company. These higher costs impact all companies. If costs didn’t go up over time, we’d still be paying what today would be referred to as “next to nothing.”

There may be a “triple whammy” of negative news that impacts e-commerce if you also consider the potential impact of broader sales tax implications on online sales. Recently, the U.S. Supreme Court in South Dakota v. Wayfair Inc. marked the end of the physical presence requirement for states to impose sales tax withholding and remittance obligations on out-of-state retailers. While it is unclear how this will impact other states, there seems to be a growing trend in legislation to collect sales tax on virtually all online sales. As state laws become more strict on sales tax collection, it will remove one of the historical advantage for consumers to buy online. If consumers have to pay taxes on things they previously didn’t, it will incent them to buy less online and drive to their local store (where they can pick-up the item immediately) or a nearby state that doesn’t charges sales tax. The increased shipping and warehousing cost will have an impact on retailer profitability, but it shouldn’t be significant. Retailers can offset the costs by… Read more »
3
|
0
-   Share

This is a great example of market forces that will drive innovation. Consumers are demanding delivery and as traditional delivery costs increase, it opens up space for disruptive technologies, tools and practices to generate new opportunities. We’re already seeing innovations around pickup, autonomous delivery, etc. starting to be explored. I suspect the short term will see some price increases/margin decreases for retailers until some of these new models can achieve scale.

Retailers will continue to absorb increasing logistics costs to take advantage of ongoing ecommerce growth. Similar to 2017 in this survey, where only 12% of shippers were willing to raise rates, speed and delivery of shipment remain prime concerns.

Retailers are betting that volume, especially during an up-market will make up for the added costs (both long term as well as short term). Those with enough margin to take a hit will continue to look for ways to reduce these costs further or share the costs across their supply chains. CEP price changes will affect all non-palletized shipping — but an interesting twist will be shipments from abroad. With recent changes in discounting from China, we’ll see added costs for Chinese goods coming into the US — a big part of eCommerce (and Amazon).

Braintrust
"Everywhere we turn there are signs of inflation from cost of products (manufactured or sourced), to shipping and wages."

"This is a great example of market forces that will drive innovation."