Will mobile make another big leap this holiday? 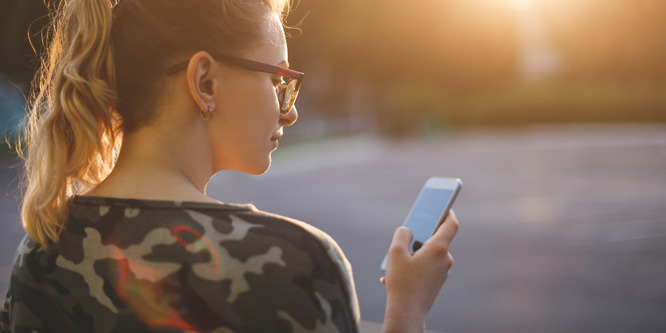 According to Adobe, web traffic on smartphones and tablets is predicted to be higher than on desktops for the first time over the coming holiday selling season.

Adobe estimates that smartphones and tablets will account for 54 percent of traffic versus 46 from desktops. Smartphone visits are expected to grow to 45 percent from 39 percent.

“Mobile is a huge opportunity this holiday season, and the retailers that deliver the best experience are the ones that will close the deal,” said Taylor Schreiner, principal analyst at ADI (Adobe Digital Insights) in an Adobe blog. “The key is going to be making the mobile experience helpful to the customer, wherever they are in their shopping journey.”

Last year, Adobe found that smartphones accounted for 21 percent of online sales and tablets, 10 percent, over the holiday season.

Other findings related to mobile in Adobe’s 2017 report:

DISCUSSION QUESTIONS: What questions come to mind in how mobile will impact online and offline gift giving this coming holiday season? What advice do you have for retailers maximizing mobile for the holiday?

Please practice The RetailWire Golden Rule when submitting your comments.
Braintrust
"One-click ordering. Those retailers and CPG brands that make that happen via mobile are already pulling ahead."

"Mobile will not only make another big leap this holiday, but will increase in importance over the next several years."

"I’m seeing clients start to de-prioritize spending on improvements to their desktop e-commerce sites and shift those dollars..."

12 Comments on "Will mobile make another big leap this holiday?"

It makes sense that customers are using mobile devices more than desktops because of the convenience. Both smartphones and tablets continue to improve with better visuals, quicker speed and increased ease of use.

Because of these reasons, there is no doubt mobile will play a more significant role in this year’s holiday season. Retailers should be providing apps which are easier to use than mobile websites. However, retailers should be offering both apps and mobile websites. Most importantly, they need to make sure that their apps and websites work well, flow smoothly and are easy to navigate. If a customer becomes frustrated having difficulty using the app or website they will be less likely to shop and browse. I see mobile continuing to grow as technology continues to improve, and I see us becoming more accustomed to using mobile devices not just for shopping but many other needs as well.

Mobile has become the customer’s “portal” throughout their customer journey. They use it to discover products, check prices and evaluate alternatives while standing in the store aisle. Walmart is piloting a program where customers can use their phone to make returns.

As smart retailers optimize their websites for mobile, sales conversions will continue to climb. But beyond converting sales on a phone, retailers need to realize that mobile phones play a role in 69 percent of customer purchases today.

Retail has become about customer experiences at every touch point, and the phone is critical part of the engagement before, during AND after the sales transaction is made.

One-click ordering. Those retailers and CPG brands that make that happen via mobile are already pulling ahead. Keep it simple and people will shop.

We have to all acknowledge that mobile is now the king of commerce and a digital-first strategy is essential to surviving and thriving in today’s increasingly complex retail industry.

Retailers and consumer products firms all recognize the importance of a mobile first strategy that provides an interactive, image- and content-rich, socially-integrated, loyalty program enabled with the proper mobile optimization, which provides an inspirational experience. Today’s consumers enjoy the empowerment of navigating across a mobile and physical commerce experience.

Scott Galloway, and the L2 team have articulated the importance of the mobile-first engagement strategy here.

Mobile will not only make another big leap this holiday, but will increase in importance over the next several years, with the smartphone and other form factors.

No doubt mobile shopping gives you freedom to shop from anywhere just like I know my mom is shopping from her cell at my baseball games. Plus the fact that mobile screens are big makes it easier for older people (no offense) to navigate on a mobile version to shop. To retailers; no need to develop an app for every store, just have a good mobile version of your site that is quick, user friendly and please have your developers make sure they bring the customer back to where they were on the site after they clicked something to look at it. That is a top way to lose a sale when you are getting jumped back to page 1 when you just made a purchase or clicked on something to view from page 3. You don’t want to frustrate people. Leave their items in the carts, people are busy, they may not be finished shopping or they may need to wait to get paid or are having wishful thinking. Don’t be too quick to… Read more »
2
|
0
-   Share

I’d like to see data on what is being purchased on mobile vs. desktop. Are mobile shoppers more prone to buying promotions that get featured via a pop-up window? Any data that can show a linkage between an online visit with an in-store purchase would be fantastic.
Mobile is obviously becoming the device of choice; not yet there but it will be soon enough. Optimizing campaigns to run well on a mobile device is an obvious must.
A-B testing on the pull of mobile optimized campaigns around definable criteria should be done and then included in future campaigns.

Consumers have moved to mobile and the brands are following. I’m seeing clients start to de-prioritize spending on improvements to their desktop e-commerce sites and shift those dollars to building, or improving, mobile (often app-based) shopping experiences.

U.S. mobile search is roughly 58 percent of overall search query volume, and half of that is related to local. If retailers want to maximize these opportunities, they need to:

Whenever I see reports like this one, I think we need to be careful about the tendency for researchers to mash up true mobile trends and tablet trends. The vast majority of people shopping on tablets do so at home, not in the store or otherwise out and about, so we need to carefully slice the true mobile behavior data from tablet behavior. When we do so, then we can make strategic decisions about interfaces, promotions, and transaction flows. I suspect that conversion rates for tablet shoppers is significantly higher than conversion rates for smartphone shoppers, and we should make decisions accordingly.

If Adobe’s right and only 32% of shoppers will download an app for holiday shopping, that tells me retailers better have made any improvements in their mobile apps by now, otherwise it will be too late. Shoppers will have already decided which apps they will use for holiday purchasing, and retailers need to focus some effort on encouraging mobile app usage this season.

We’re really seeing a big push from consumers on favoring convenience above all else, so the best designed apps will win out over others. At the same time, retail marketers need to avoid the temptation of too many push notifications to those app users or they will drive them to other apps!

I think the key is the logical customer experience flow on the mobile device for the product being sold. As much as every retailer wants to have an app, consumers are not not going to download an app as a perquisite to make a purchase if they are in a hurry. Impulse products means you need UI that is shortest to checkout, while complex products require presenting more content while capturing the user data and intent with the assumption it is a shopping basket situation. One size does not fit all.

A good mobile interface is key for retailers that don’t want to miss out on holiday sales. It’s clear that users are more likely to use smartphones over laptops to make purchases because they’re more accessible, anywhere anytime. However, for some reason, making purchases from desktop sometimes feels more secure and less confusing and this is probably related to the fact that many retailers still don’t provide their users with mobile-friendly websites. If retailers want to be easily reachable anytime, they should make sure the mobile version of their site is user-friendly.

Braintrust
"One-click ordering. Those retailers and CPG brands that make that happen via mobile are already pulling ahead."

"Mobile will not only make another big leap this holiday, but will increase in importance over the next several years."

"I’m seeing clients start to de-prioritize spending on improvements to their desktop e-commerce sites and shift those dollars..."