Will marketplaces become legally liable for what they sell? 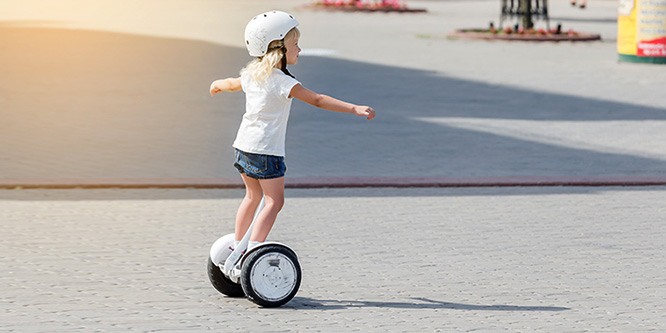 Purchasing from online marketplaces can be a gamble for customers. Now the state of California wants to put responsibility for the safety and quality of products sold through these platforms more squarely on the shoulders of operators.

A new bill, introduced to the California State Assembly last month, would impose strict liability on online retailers that communicate sales offers or facilitate transactions with third parties, according to The National Law Review. The bill comes after earlier legislation to hold marketplaces responsible for the safety of products they sell stalled out in that state’s senate. The earlier legislation was written in probable response to a court case in which a woman purchased a laptop from a third-party seller on Amazon.com’s marketplace and was later injured when the device’s battery exploded.

Taking a different approach, a federal bill called the INFORM Consumers Act was recently introduced in the U.S. Senate. It would require third-party sellers to provide more information to the public. The bill is backed by the Retail Industry Leaders Association.

The California case is far from the only dangerous incident linked to electronics purchased from marketplace sellers. In 2015, a type of hands-free scooter known as “hoverboards” grew popular in the U.S. These products, often purchased via marketplaces such as Amazon’s, were prone to battery explosions. A year later, a destructive house fire in Knoxville, TN, tied to one of the defective hoverboards prompted a lawsuit against Amazon, according to The Associated Press.

Amazon settled the lawsuit for an undisclosed sum before the case was scheduled to go to trial in November of 2020, according to Legal Examiner.

Tragedies such as the house fire have turned the assurance of the safety and quality of products sold on online marketplace into a perennial concern in the U.S. It is an issue only poised to get more serious as international marketplaces like Wish and AliExpress continue to grow in popularity stateside.

Legislators have taken other stabs at tackling the multifaceted issue. In an attempt to stem the flow of counterfeits that appear on marketplaces, the U.S. House of Representatives introduced a bill last year called the Shop Safe Act of 2020, which would have made marketplace owners legally liable for the sale of phony goods on their websites.

The Shop Safe bill does not appear to have moved any farther in Congress, according to government initiative tracking site GovTrack.

DISCUSSION QUESTIONS: Would putting the onus on third-party sellers for more transparency, as with the INFORM Consumers Act, be helpful in addressing counterfeiting and negligence conducted through marketplaces? How do you see online marketplaces responding to legislation that would hold them liable for third-party sellers?

Please practice The RetailWire Golden Rule when submitting your comments.
Braintrust
"Retailers are going to find it harder to escape accountability for third-party seller shenanigans."

17 Comments on "Will marketplaces become legally liable for what they sell?"

Although I agree there is “responsibility” on the part of any retailer to vet its partners and suppliers, it is my opinion that accountability and liability is the manufacturer’s domain. It’s a very slippery slope if Amazon and other marketplaces become the target of such litigation — the snowball effect will become overwhelming and change the face of the retailer’s role (which I tend to side with Amazon on – they are the middleman facilitating an exchange of goods).

Obviously we live in a litigious culture. But we must also address the reasonability associated with certain lawsuits and claims.

I’ll say it again: the marketplace mayhem is in full swing and accountability is one of the biggest issues. Just as platforms like Facebook, Twitter, and Google are having to own up to being publishers, not just passive platforms (and therefore accountable for content), retailers are going to find it harder to escape accountability for third-party seller shenanigans. Up to this point, retailers have been allowed to self-police and set standards. Now regulation is catching up with reality. It’s easy to argue that the task of vetting hundreds of thousands of sellers is too daunting, yet retailers that “take all comers” are inviting scrutiny. Walmart’s recent partnership with BigCommerce strikes me as an attempt to mitigate the problem. It’s a two-fer that is just as much about third-party seller pre-vetting as onboarding new brands. Regardless, the INFORM Consumers Act is a warning shot. Retailers must rein things in or the spotlights will only get brighter.

Certainly the online platform of a marketplace should be liable for carelessly providing access to a less than reliable retailer. But the marketplace is no more than a mall. The degree of their responsibility should mirror that of a mall operator.

Per the description of the house fire — if the shopper bought the hoverboard at the local mall would the mall be liable for the fire? If the answer is “yes” then the marketplace should be liable as well. If the answer is “no” then we are not treating this channel fairly or equally.

Perhaps malls will become liable if new lease arrangements where retailers pay a lower monthly fee and share a percentage of sales with landlords becomes more widespread. That seems like an apt comparison between the physical and digital environments.

Many current mall leases do have the retailer paying a certain percentage of sales if the retailer’s sales exceed a certain amount.

I think this is where the mall analogy breaks down: until recently — when Westfield began sticking their name on all their properties — mall operators where anonymous players in the background. More to the point, once inside the mall, I shopped at the GAP or Waldenbooks or wherever: i.e. I shopped a brand, independent of the operator; when one shops on Amazon, THAT’s the brand you’re shopping.

Thanks Gene, but I think we’re getting a little sidetracked here: perhaps a better analogy would be leased departments in department stores (a once common practice for things like shoes and crockery, and for those who see Amazon as the ultimate “e-department store” an apt extension). Who would have been responsible for the liability of products in those situations?

I remember reading about the hoverboard issues some years back and thought the same – even though it was happening because of purchases through the third-party marketplace on Amazon, Amazon is the parent here and bears accountability for any injuries or damages from the product. I don’t know how this would be picked up in Congress – there are too many pitfalls and other hands involved in seeing that this does not pass.

I do think any platform provider should bear some responsibility for ensuring their sellers are legitimate, don’t violate laws, and have products that meet U.S. safety standards. In fact these platforms are really the only ones positioned to do so. But I don’t think it’s reasonable to legislate this federally because the vendor volume is too enormous and ever evolving. All platforms, including brick-and-mortar, should be required to follow a due diligence process with continuous oversight, random checks, and carry a healthy amount of insurance for unforeseen events. But more than this would likely make the price of products unaffordable to most.

Putting the onus on the marketplace for more transparency will ensure they hold the manufacturer to strict standards – not only for onboarding but for the right to continue selling on their channel. They can achieve this through supplier scoring, supply chain traceability mandates, and audits as well as contractual clauses covering any liability.

In the litigious society we live in, if there is a liability issue, everyone in the chain is going to get sued. It doesn’t matter if it’s a major online marketplace or the local flea market. Are we at a point that before making a purchase we have to sign a liability waiver?

The accountability, authenticity, and liability/responsibility of marketplaces is part of a broader issue around platforms in general. Similar to the debate happening with social media platforms, how we interact and engage with these digital mediums is causing us to treat them differently than their analog counterparts. For example, marketplaces are the digital equivalent to malls. As a consumer, if you bought a product at the mall that turned out defective and possibly dangerous, would you hold the mall accountable or the retailer where you purchased it or the manufacturer? Historically, consumers have not held the mall responsible. Most often, the manufacturer is held accountable and sometimes the retailer. It’s a slightly gray area based on retailer private lines vs third-party brands. So the question, is how do we apply a parallel to this in the digital realm? If Amazon is the mall, should consumers hold them accountable or the marketplace seller or the manufacturer? The gray area is even larger because oftentimes the manufacturer is the marketplace seller and if Fulfilled By Amazon was used,… Read more »
2
|
0
-   Share

Let’s do the easy one first: they’re going to fight like He%% against it, arguing they’ve no control over the sellers, and they’re no different than mall operators (to use the analogy from earlier in the week). “Wouldn’t hold Simon or Westfield liable for what a store in their mall sold would you?”

But there’s where the analogy breaks down: as we also noted, people who buy on Amazon think they’re buying FROM Amazon. I’m not sure how much responsibility third party sellers should have, but I’m pretty sure it isn’t “none” … and if that makes the Big A’s “bad week” a little worse, so be it.

The beauty of the online marketplace is that it is open to almost everyone. This is also its biggest challenge. Free-market place sounds good until products sold on that marketplace demonstrate persistent harm to consumers or taking advantage of less- suspecting consumers. Regardless of the marketplace or the seller, consumer protection should be a priority.

While it’s nearly impossible to hold marketplace owners responsible for every possible thing that can go wrong with a purchase, they cannot, at the same time, shun responsibility for what is sold on their sites. Likewise, third-party sellers should not be permitted to “hide” behind marketplace owners. This can and does incent carelessness with consumer protections.

There must be some shared responsibility between marketplace owners and sellers that is in the best interest of consumers. It’s frivolous to tap dance around this issue. It’s clear that some form of legislation is needed.

Yes, yes, yes. Buyer beware also extends to seller be prepared. Now sellers, the online marketplaces they use, and the manufacturers will all have to be fully insured and ethically prepared to defend the products they represent. Ethically, this should be our expectation, and it is about time it finally gains legal support at the state level.

Braintrust
"Retailers are going to find it harder to escape accountability for third-party seller shenanigans."