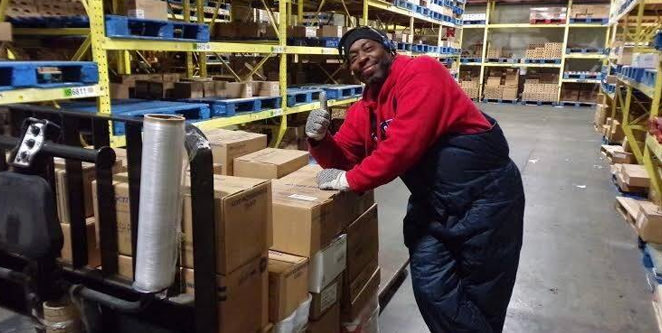 On Monday, Supervalu announced that it had reached a definitive agreement to acquire Unified Grocers in a deal valued at $375 million.

The combination of the two companies will create a grocery wholesaling network with 24 distribution centers supplying over 3,000 stores across 46 states. The move will give Supervalu access to West Coast markets. Supervalu, which currently operates a single warehouse in Tacoma, WA, is headquartered in Eden Prairie, MN and primarily serves independents across the Midwest and East Coast.

“Unified’s Members and customers operate some of the country’s most exciting and progressive Hispanic and multiple other ethnic formats, specialty, gourmet, natural/organic, price impact and traditional stores,” said Mark Gross, president and chief executive officer of Supervalu, in a statement. “They complement our existing customer base and we look forward to facilitating collaboration and innovation across such an impressive collection of creative merchants.”

Supervalu has focused on its grocery wholesale operations in recent years, going back to its sale of Albertsons and other chains in 2013. The company sold its Save-A-Lot hard discount grocery chain last year to the Canadian private equity firm, Onex. The deal enabled Supervalu to pay down debt and concentrate its attention on growing its wholesale business. Supervalu is the second largest wholesaler operating in the U.S., following C&S Wholesale Grocers.

Mr. Gross, who joined Supervalu last year, came to the company with a reputation as a dealmaker after working in a number of financial and general management positions at C&S between 1997 and 2006. After leaving C&S, he founded Surry Investment Advisors to guide grocery clients on acquisitions and divestitures.

DISCUSSION QUESTIONS: Will adding Unified Grocers make Supervalu a stronger wholesaler? Do you expect to see further consolidation among wholesalers in the U.S.? What does this say about the state of grocery wholesaling in the U.S.?

Please practice The RetailWire Golden Rule when submitting your comments.
Braintrust
"It makes sense for Supervalu to double-down on its core competency in wholesaling."

6 Comments on "Will going bicoastal make Supervalu a stronger wholesaler?"

Neither Supervalu or Unified seem to be making any money. The result will be just a larger company not making money. Keep in mind after the acquisition there will be several retail customers leaving along with continued closing of independent retailers. Overall sales between the two companies will go down. The consolidation trend has been going on since I got into the grocery business 35 years ago. It sounds like a win-win at first but many start looking Fleming-esque after a few years.

The addition of Unified Grocers will increase Supervalu’s scale and purchasing power. Furthermore, it gives Supervalu a larger base of stores for its professional services business, which has emerged as a significant value-add and differentiator vs. other wholesalers.

The entire grocery industry is challenged and facing consolidation today, so it makes sense for Supervalu to double-down on its core competency in wholesaling.

I can tell you that in Hawaii this is very concerning. We only have two wholesalers, those being C&S and Unified. What if this doesn’t work and Supervalu continues to lose money and file bankruptcy? Hawaiian grocers would have liked to see a more financially stable company buy Unified. Hopefully the next big consolidation will relieve some anxiety in paradise. Unless C&S and Supervalu merge. That would surely require approval from whomever regulates competition in the government. With new people in power in the U.S., I can only imagine what would be approved.

I’m based in Minneapolis, Supervalu’s headquarters, and they appear in the local media often. Supervalu has been floundering for a number of years, trying to find a growth strategy. They started as a wholesale distributor that expanded into retail grocery. This acquisition signals their return to their core business. Whether this strategy succeeds is directly linked to their expansion to help their clients with online sales and home delivery options. Trying to “go back to the good ole’ days” will not work in this rapidly evolving environment. Leverage your strengths but move forward!

Certainly the combined company will have more buying power, but the big benefit will be the addition of United’s experience in niche products, which is ultimately what consumers are looking for.

This should certainly give Supervalu more buying power going forward, but it’s unclear how this will make them more profitable in a competitive grocery market. This has quickly become one of — if not “the” — hottest retail segments for 2017!

Braintrust
"It makes sense for Supervalu to double-down on its core competency in wholesaling."