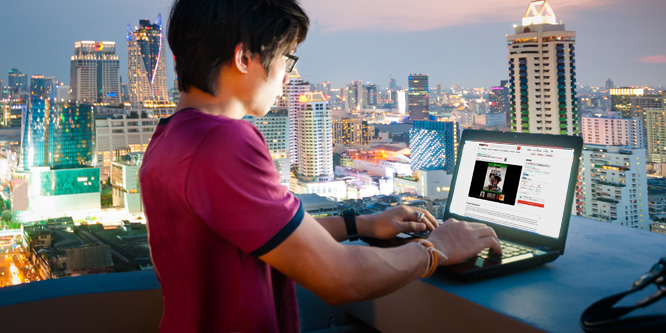 If you trace video game retailer GameStop’s history back to its earliest days as Babbage’s, you’ll see that the company has been selling physical video games since the days of 5 ¼” floppy discs. One of the chain’s major shareholders, however, is strongly suggesting that the retailer move its focus away from its brick-and-mortar presence.

GameStop shareholder Ryan Cohen, who is also a co-founder of Chewy, has strongly encouraged the retailer to focus on digital sales, according to Reuters. In a statement to regulators, Mr. Cohen discussed the chain’s need to become a company that “delights gamers and delivers exceptional digital experiences” rather than “[overprioritizing] its brick-and-mortar footprint and [stumbling] around in the online ecosystem.”

The video game industry has shifted increasingly away from physical media-based games towards downloadable ones thanks to big advancements in consumer internet connection speed, bandwidth and cloud computing.

GameStop has shown recent signs of changing how it does business to profit in the digital realm. In October, the chain inked a deal with Microsoft, giving the retailer a cut of the price of any transaction, such as a digital download or a subscription, made through a console that GameStop sells, according to an article on The Motley Fool.

Before this year, GameStop made numerous attempts to find its footing in a world with fewer people purchasing cartridges or discs for their consoles.

In the mid-2010s, GameStop acquired online retailer ThinkGeek to focus on branded collectibles (known as “loot”), and launched a standalone brick-and-mortar retailer under the banner. In 2019, GameStop began consolidating ThinkGeek into its main brand, according to The Verge.

Also in 2019, GameStop began piloting a few redesigned store concepts. Some of the new stores were geared towards allowing visitors to try out new games and engage in e-sports competitions. Others were geared specifically toward classic gaming consoles and retro gaming.

Earlier this year GameStop fell out of the public’s good graces by attempting to keep its stores open during the first wave of pandemic lockdowns. The retailer soon doubled back on the policy.

DISCUSSION QUESTIONS: How important are physical stores to a brand like GameStop? Do you see GameStop being more successful if it focuses on selling online and focusing on digital game downloads?

Please practice The RetailWire Golden Rule when submitting your comments.
Braintrust
"There are certainly a lot of parallels to be drawn to Blockbuster Video back between 2000 and 2008."

Physical stores still play a role, particularly for GameStop’s significant used game business, however they have been slow to embrace online gaming. GameStop is reliant on game publishers to release new compelling games, and increasingly these are being delivered online. GameStop needs to go much further to embrace online selling and digital game downloads.

Physical stores will not disappear but the manner of shopping and purchasing has and will continue to change. In-store there is likely to be a demand for retro games, new games, and in-store demonstrations. Stores need to offer in-store purchasing, delivery, and curbside pickup. In addition streaming services are increasingly important. GameStop will need to do all of these or become irrelevant.

There are certainly a lot of parallels to be drawn to Blockbuster Video back between 2000 and 2008. GameStop had enjoyed tremendous success with its physical stores given that online bandwidth had not yet allowed most console gamers to switch to pure online play. However as internet speeds continue to increase into homes, games are increasingly switching to downloadable formats. Because GameStop itself is not a game content producer, they need to find creative ways to demonstrate their value to their customers and suppliers. I agree with their shareholder who is pushing for a much stronger and dedicated push into online. The stores as they exist today will be a relic within a few years (or less); however, continued experimenting with different gaming niches and concepts may be able to net value out of a greatly reduced number of locations.

Online gaming is fast approaching the $200 billion mark. Physical consoles do not require a physical store to purchase, although there are advantages to test driving a new device in a store setting.

However the increasing share of mobile gaming, and Google’s announcement of cloud gaming service Stadia, undermine the demand for physical stores. Used consoles are easily discovered and sold online through several selling platforms. Bottom line, the shift to online is permanent, the physical footprint of games is smaller, and all growth and dominant future revenue will be online.

My son is a gamer and a good part of his childhood was a weekly visit to stores like GameStop. Nowadays he only goes to the store if he wants a new console or accessories and doesn’t want to wait for online delivery. I like that the new stores will be geared towards allowing shoppers to try out new games and interact with other gamers in person, face to face.

History shows us two things. First, it’s no surprise GameStop is struggling — a big part of the physical inventory that was successful for them has become digital inventory. Second, while it’s not clear where they can find financial health, digital sales are NOT the answer to their challenge.

Their board needs to move beyond the archaic idea of the digerati that they should “just move online.” GameStop has benefited tremendously from brick and mortar and there is no evidence they could survive without it.

What should they do? Find to make brick and mortar work within the world of digital game distribution. Not easy. But that’s their only option for success.

Simply put, they aren’t important at all, at least in terms of selling content. Gaming has moved on to streaming, and streaming has no “returns.” Like everything else, there will eventually be a nostalgia collectors’ market for physical games, but it won’t scale. The only thing physical stores will be able to do is sell cutting edge hardware … if they can access it … and create collective in-person gaming communities, although gamers already have communities online, so it’s hard to imagine how the person-to-person “hook” would work. So, yes, I think the only way GameStop survives is it focuses on purely digital product.

As we’ve seen in other retail verticals, brick-and-mortar is just one channel in an omnichannel strategy. The retailers that have done well, have embraced BOPIS/curb-side and have extensively researched which items perform better online vs in-stores and resourced inventory appropriately to draw consumers into physical locations. GameStop’s success is going to be in how well it can convince current and future generations of gamers that they are a credible brand worth identifying with and buying from — and this is an uphill challenge. Streamers represent the most effective affiliate marketing and influencer channel. But Amazon (via e-commerce and Twitch) and Google (via YouTube, search and, soon, Stadia) control the influence-to-purchase pipeline. The perennial popularity of conventions proves that gamers are willing to physically convene and spend money despite the rising popularity of digital. Ironically, the only thing that GameStop has going for it is the physical location, but it couldn’t come at a worse time. With COVID, it will be at least a year before that strategy would bear fruit. As gamers would say, “press… Read more »
0
|
0
-   Share

Physical stores will continue to be important to GameStop’s future. While they have real opportunity to embrace eSports they do have an issue that most of their sores are quite small and would need to change to support any realistic eSports activity. Leveraging adjacent products, like collectibles, is also a good approach for GameStop, but other than sales of the consoles themselves, they need to create another reason for consumers and gamers to visit their locations. A move to fully digital, online-only sales does not make sense to me as I suspect they will end up alienating a group of core customers that enjoys interacting with store staff about the latest games. That’s always been a selling point for buying at GameStop vs another retailer. However, GameStop hasn’t done a good job maximizing the impact of their store associates. They could be using them to promote gaming, posting on social media, and transforming them into gaming influencers, even with in-store demos, to build a larger following. Brick and mortar retail still has something to offer… Read more »
0
|
0
-   Share

Physical stores are a differentiator for GameStop as their main competitors in the category now trade online. The drive-distance-population ratio’s can be managed over the next few years in conjunction with lease renewals (and what a great time to be re-negotiating leases), and if they make the most of the immediacy of their product availability — they can remain relevant.

GameStop also needs to be a benchmark brand online, and if they can find the investment, leverage their brand capital in the growing eco-system of gamer live events and support services.

Finally, I would imagine GameStop uses Trade-In to drive a good part of their core profitability — this should continue to be used as a differentiator as the online giants haven’t yet made Trade-In a core part of their offering.

Braintrust
"There are certainly a lot of parallels to be drawn to Blockbuster Video back between 2000 and 2008." 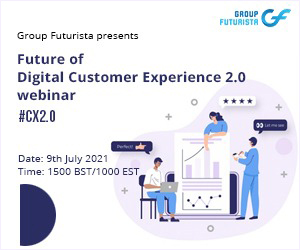