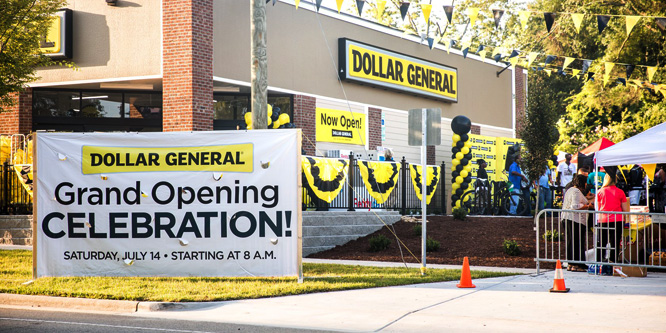 Building on its fresh foods initiatives, Dollar General is plotting a multi-phase shift to self-distribution of perishable goods, primarily fresh and frozen.

Last week on its fourth-quarter conference call, Todd Vasos, Dollar General’s CEO, said one benefit of the program, called DG Fresh, will be reducing product costs. He said, “We have a series of distributors out there today across the country and those distributors do a nice job for us, but it comes at a cost.”

A second benefit is improving in-stock levels of perishables, and a third is being able to “control our own destiny in fresh foods” to expand offerings.

“Today, there are many items we cannot cost-effectively procure through our current model,” said Mr. Vasos. “In addition, self-distribution will allow us to offer a wider selection of our own private brands to provide our customers with even more compelling value. Overall, we expect DG Fresh to allow us to do a better job of tailoring our product selection to fit the needs of our customers, particularly in rural areas.”

DG Fresh has been launched with approximately 300 stores in the Northeast from a new cold storage facility owned by the retailer in Pottsville, PA. By the end of the current year, the goal is to expand the program to up to 5,000 and expand chain-wide within three to four years.

The initiative will impact expenses in the near term, but be “meaningfully accretive” to sales and operating margin over time.

The strategy also builds on a number of other consumables initiatives. These including Dollar General’s expansion of coolers in stores, which Mr. Vasos described as “one of the biggest traffic drivers and one of our biggest comp drivers that we’ve seen.”

Better For You, a program to expand healthier food options, is also being expanded to significantly more doors in 2019. Dollar General is incorporating the Good & Smart private brand launched last year into the Better For You range after some success.

Dollar General closed out another strong year with a four percent same-store sales gain in the fourth quarter but indicated margins are being hurt by the greater emphasis on food offerings.

DISCUSSION QUESTIONS: Do you see more benefits than risks with Dollar General’s shift to self-distribution of perishables? Where do you see the biggest payback coming from DG Fresh?

Please practice The RetailWire Golden Rule when submitting your comments.
Braintrust
"The critical task of managing expired perishables does not seem to match the capabilities of the retailer’s very limited staffing. "

"The management of fresh and short-life foods is significantly more difficult than ambient foods or general merchandise. The rewards are also bigger..."

"...this makes me nervous for the customers consuming the food, due to lagging regulations of food imports."

Net, net, I think this is a good move, but it’s not without significant risk. While offering healthier food options is good for DG shoppers, offering perishables changes the economics of DG stores. Retrofitting stores with proper cold storage is costly and the complexities of managing perishable inventory means more staff will be required, not to mention the waste of expired goods. The vision is sound, the execution will be critical.

Risky business move for DG IMHO. The critical task of managing expired perishables does not seem to match the capabilities of the retailer’s very limited staffing. Plus, I wonder if DG has the ability to stay close to shopper “fresh” needs/wants in rural areas? Can the retailer expand this concept fast enough to accumulate accretive sales benefits or will the roll-out just add expenses and operational risk?

Dollar General has been ramping up its perishable offer for some time now. The results have been good with increased sales coming from higher traffic and better basket sizes. However, margins on fresh food are weak and need to be improved. Now that Dollar General has scaled up that part of the business, bringing distribution in house will help achieve this.

The management of fresh and short-life foods is significantly more difficult than ambient foods or general merchandise. The rewards are also bigger, as stated it is an excellent traffic driver and can also create great loyalty with customers. The supply chain is difficult and getting the balance right between availability, on-shelf display and wastage is critical to being able to make money in this category.

Investing in the right software solutions to get it right and make it a winner in your business is so important, many supply chain solutions will claim to manage short-life but don’t. If it goes wrong it can be very expensive and also damage your brand very significantly, so go for the best and make sure you get it right.

I can see Dollar General benefiting from this addition if they’re able to compete with large discount grocers like Aldi on price, which remains to be seen. Still, this makes me nervous for the customers consuming the food, due to lagging regulations of food imports. Keep in mind that most of America’s fruit is not imported and – in light of recent trade drama – food that’s imported at a discount might not be held to a reasonable standard. Like many other Millennials, I need to know where the food is coming from before I can form an opinion on its edibility to be able to foresee the success of the fresh food initiative.

Like most of the people here: nice in theory but … concerns about the ability to manage quality control. For this reason I’ll be curious to see the mix between fresh food and frozen (the former being more what I think of when I hear the word perishable … and for good reason: fruits are unforgiving of sitting for weeks beyond their sell dates).

OTOH, low cost = packaged goods is an equation of choice: Bargain Outlet has had a credible offering of perishables for years.

It’s definitely risky, but the reward is high if DG can pull it off. Stores in this space are increasingly becoming the go-to for shoppers for a wide variety of products, so consumers should take well to the idea of buying perishables direct from DG. The challenge is in execution.

Braintrust
"The critical task of managing expired perishables does not seem to match the capabilities of the retailer’s very limited staffing. "

"The management of fresh and short-life foods is significantly more difficult than ambient foods or general merchandise. The rewards are also bigger..."

"...this makes me nervous for the customers consuming the food, due to lagging regulations of food imports."