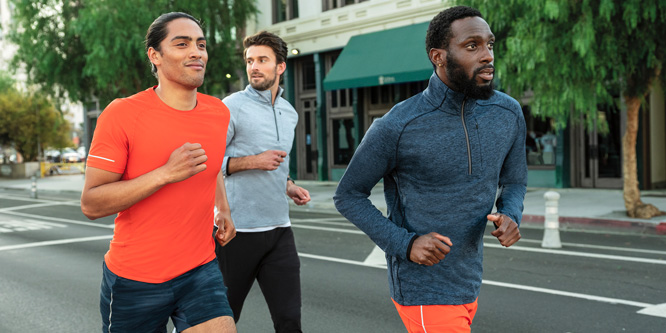 Dick’s Sporting Goods had a record-setting year in 2020 and its stats were impressive.

The retailer posted a 9.9 percent increase in sales for the year on top of 2019’s 3.7 percent gain. Dick’s implemented new tech and services, including curbside pickup, helping ring up a 100 percent increase in online sales. Revenues were not the whole story as the sporting goods retailer also posted earnings of $6.12, a 66 percent improvement over the previous year.

Dick’s performance improved throughout the year after the initial shock of having to close stores due to the pandemic. In-store and curbside pickup were a big part of the chain’s improvement. Sales made online and picked up at stores were up 250 percent last year compared to 2019.

The chain’s stores were key to Dick’s sales efforts with 90 percent of all its revenues connected to its locations. Seventy percent of the chain’s online sales were fulfilled at stores, either via ship-from-store or on-site pickup. Dick’s picked up 8.5 million new customers in 2020.

Lauren Hobart, president and CEO of Dick’s, said that the company is coming into its new fiscal year with “so much momentum” and dedicated to “enhancing our existing strategies to accelerate our core and enable long-term growth.”

Dick’s CEO told analysts on the chain’s earnings call yesterday that it will continue to emphasize its “strategic partnerships with key brands” and plans to “make big bets with important brand partners.”

She also spoke to the growing importance of its owned brands, which topped $1.3 billion in sales during the past year, led by Dick’s DSG and Calia by Carrie Underwood brands. The latter, according to the company, is the second largest seller in women’s athletic apparel behind Nike.

Dick’s is planning a big push in private brands for men this year with the launch yesterday of VRST, an athleisure brand line that includes commuter pants, hoodies, joggers, shorts and t-shirts. Items in the line with sizes from small to XXL will be priced from $30 to $120 and sold in 400 Dick’s stores, online at dickssportinggoods.com and vrst.com.

A CNBC report likens the VRST line to Lululemon’s men’s athleisure line, as opposed to the athleticwear Dick’s sells from brands like Adidas, Nike and Under Armour.

DISCUSSION QUESTIONS: Where do you see opportunities for Dick’s Sporting Goods to build on its momentum from 2020 and where do you see challenges that could upset its forward push? Do you think the chain is well positioned for long-term growth?

Please practice The RetailWire Golden Rule when submitting your comments.
Braintrust
"The success that Dick's had last year can be summed up in a single phrase - commercial agility. "

"For everything that Dick’s is doing right, I think it’s far too early to answer that question."

"2020 is going to be a year with an asterisk when it comes to comping sales and performance."

Momentum is good, but it’s not just momentum that will carry Dick’s forward. Dick’s has upped its online game and refined its ship from store services. Additionally, its push into private brands is smart and timely. I do think that Dick’s is well positioned for long-term growth, but leadership needs to keep working at their new initiatives in order to really make the most of the retailer’s good position.

In terms of sales, Dick’s is currently trading well but it will lap some tough comparatives as it moves further into 2021. That may make comparable sales look weak, but this absolutely doesn’t signal the business is trading badly: it will still be elevated over where it was in 2019.

The private label strategy has been a success story for Dick’s. The Calia collection looks great in stores and has won Dick’s new customers. It also launched a DSG brand focused on essential sportswear which has been well received. The VRST range looks good and fills in a gap in the current menswear assortment.

These innovations suggest that Dick’s is thinking carefully about how it can strengthen relationships with its customers, secure a greater share of wallet, and differentiate from competitors.

Now that people have gotten out, it’s going to be hard to get them back in. I don’t think that people will be nearly as active as 2020 when the office buildings were mandated to be emptied, however there’s definitely a momentum that will be hard to stop now that people have explored what they can do with their days when not chained to a desk.

The success that Dick’s had last year can be summed up in a single phrase – commercial agility. They were able to pivot quickly to be prepared for necessities such as buy online and pick-up in store. In addition, they addressed evolving consumer trends towards comfort and athleisure trends as well as increasing price sensitivity that the pandemic further catalyzed. If they continue to be both reactive and proactive to changes when it comes to their product offering and pricing, they will see further success.

Granted, Dick’s did a lot of things right in 2020, but you have to believe that the broader trend of consumers at home with expendable income and time on their hands (savings at high levels) had something to do with that. Still, as Sam Walton would say, “when the salmon are running…” — and DSG did a great job of sticking that net in the river.

In my opinion, it would be wise of Dick’s to keep the pedal on the metal with new concepts (like the new men’s line), smaller, neighborhood stores, better brand ambassadors, a great app (think Nike) and a continuation of the excellent, excellent ads. They pretty much own the market, but now’s the absolute best time to push harder and keep the Huns at bay for good.

Translating last year’s momentum into this year’s sales will be challenging – while Dick’s did a great job pivoting last year to accommodate changing consumer trends, there is likely to be a decline in outdoor equipment and athleisure sales as consumers move back towards their “normal” activities in the next six months.

Some of the retailers who benefited disproportionately from the shutdown are up against tough comparisons in 2021. “Work from home” triggered sales of active vs. career-casual apparel and footwear; likewise, gym closures across the country triggered spending on home fitness equipment. Are these short-term trends, or did the pandemic drive some permanent lifestyle and consumption changes? For everything that Dick’s is doing right, I think it’s far too early to answer that question.

I would compare Dick’s success to that of Best Buy. Both chains were first-to-market with their customer experience efforts to make the all-important shift to curbside pick-up during COVID-19. This strategy combined with a frictionless online experience increases the likelihood of continued gains in consumer loyalty long after the pandemic subsides.

However as in-store brick-and-mortar shopping opens ups, will this sticky loyalty continue? I believe so. I liken this scenario to brands that have the ability to continue their marketing efforts during major economic downturns. Once the economy starts to regain confidence, these businesses become the major benefactors.

I believe Dick’s continued development and push to private-label branding will be key to their profitability moving forward as national brands like Nike continue their move to corporate mono-brand stores.

Will Dick’s success continue? Personalization will be key moving forward for any retailer’s success today; however, by continuing to update their frictionless customer experience efforts, Dick’s should be able to hang on to the great gains they have achieved thus far.

2020 is going to be a year with an asterisk when it comes to comping sales and performance. This applies to great results just as much as it does to companies that experienced significant declines in revenue. The good news for Dick’s I believe is that folks who got out and participated in outdoor activities and stated new fitness regimens aren’t likely to suddenly quit when the pandemic is over. I do however expect the growth curve to flatten significantly in 2021 and return to more historical levels of increases as the economy and our society normalizes to a post-pandemic environment.

I like that…”the year of the asterisk.” That says everything one has to say about retail.

The sporting goods industry has seen a rising tide with a very impressive growth rate of over 15 percent in 2020. A rising tide lifts many boats – so we have seen that performance improvement at Dick’s, Academy and many others. However it is important to not let an opportunity go to waste and Dick’s has been on the forefront of leading the evolution into customer-first retail; a true omni- operator. Kudos to them and I do believe that they will lead the pack for sporting goods retailers in 2021 as well.

Perspective. If we were looking at a retailer’s results in a normal year and they recorded a 5 percent increase, they would get kudos. If Dick’s just matches their 2020 numbers, that is an average annual increase of 5 percent. For that alone, kudos to Dick’s team.

Braintrust
"The success that Dick's had last year can be summed up in a single phrase - commercial agility. "

"For everything that Dick’s is doing right, I think it’s far too early to answer that question."

"2020 is going to be a year with an asterisk when it comes to comping sales and performance."