Will a lack of paid sick leave cost retailers as the coronavirus outbreak spreads? 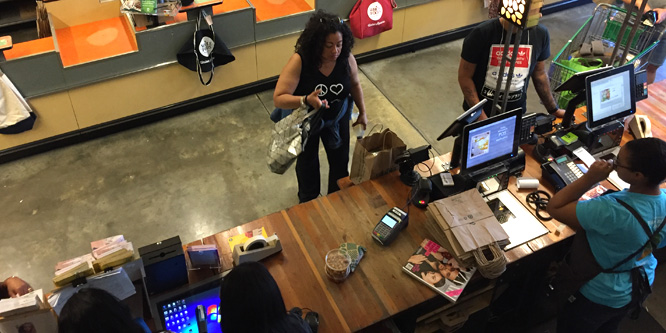 It’s common in the retailing and the foodservice industries that chain employers do not extend paid sick time benefits to part-time workers. Such benefits are even rarer in mom and pop operations. While it has been commonly accepted that this practice saves businesses money, it also has a potential downside when employees who are not feeling well show up for work to avoid losing a day’s pay.

An opinion piece written by Christopher Ingraham, a Washington Post data reporter, points out that the U.S. government does not mandate that businesses offer paid sick leave benefits. The result is that roughly 25 percent of American workers simply do not get paid if they stay home from work.

The same article references research by Stefan Pichler of the KOF Swiss Economic Institute and Nicholas Robert Ziebarth of Cornell that examined what happened in cities such as New York, San Francisco, Seattle and Washington, D.C. and states including California and Connecticut that have passed legislation mandating paid sick leave during influenza outbreaks.

What the research turned up is that the spread of the flu plummeted by up to 40 percent in areas where sick leave was mandated.

Last week, Walmart sent a memo to all its employees in the U.S. offering guidelines for ways they can avoid contracting the virus, while urging them to “stay home when you are sick.”

Jami Lamontagne, a Walmart spokesperson, told RetailWire today that the situation around the coronavirus is rapidly “evolving” and the retailer is prepared to adjust its “business operations and policies, such as waiving absences, as appropriate.”

In response, United for Respect, an organized labor-backed group, issued a joint statement with Melissa Love, a four-year Walmart employee, that claims the chain’s own policies, including accrual time for part-timers and bonus payments tied to attendance, may affect whether associates pay heed to its request to stay home when not feeling well.

In the U.S. at least 118 cases of coronavirus (COVID-19) with nine deaths have been reported in 12 states so far, and globally there have been over 90,000 confirmed cases and around 3,100 deaths.

DISCUSSION QUESTIONS: How should retailers address employees who do not have paid sick leave during outbreaks of contagious diseases such as the flu and the coronavirus? Do retailers and/or governmental entities need to rethink paid sick time policies?

Please practice The RetailWire Golden Rule when submitting your comments.
Braintrust
"Not only do retail companies need to rethink sick leave policies, they also need to retrain field-level management that keeping sick employees at home is best for business. "

"It seems to me that this is the right time for retailers to rethink their sick leave approaches, particularly in light of competitive positioning for the best employees."

"Geez, what can possibly go wrong in a country that views healthcare as a perk for the well-off? I’m relieved to live in a city that mandates sick leave during flu outbreaks."

13 Comments on "Will a lack of paid sick leave cost retailers as the coronavirus outbreak spreads?"

Anytime there are extreme events or natural disasters, we closely monitor what’s happening in our communities, and adjust business operations and policies, such as waiving absences, as appropriate – the coronavirus is no different.

Anytime our associates are not feeling well, we want them to stay home and get healthy, and we have paid time off options to support them. If an associate believes they might have contracted COVID-19, they should not come to work. We want associates focused on their health – the last thing we want associates worried about is their job.

As you know, we provide several paid time away from work options for all of our associates, both part-time and full-time, which they start accruing the first day on the job. In addition, we also offer flexible scheduling options that allow our associates to swap shifts with coworkers, when needed.

Encouraging employees to stay home when sick makes sense in most situations and especially with coronavirus, given its apparent ability to spread. As the article points out, the challenge is in how to reconcile what’s right for employee/public health vs. cost and pay. It’s understandable that workers who rely on a paycheck will want or even need to keep working. I suggest that retailers establish new guidelines for sick pay, where employees are provided with additional consideration and pay for when they are asked to stay home due to illness or extraordinary circumstances like we’re experiencing today.

The rise of the coronavirus has led to plenty of anxiety and concerns for employees, especially those who work in the retail and service industries. We have seen Amazon and other companies discourage travel, as well as being very vigilant around workers staying home if they have any symptoms. Yet the majority of the retail and service companies should revisit and rethink their policies in light of the fact that we need to collectively do all we can to contain the spread of this virus.

Geez, what can possibly go wrong in a country that views healthcare as a perk for the well-off? I’m relieved to live in a city that mandates sick leave during flu outbreaks.

This is a tough area. There was a piece in the Atlantic last week suggesting that the spread of the virus could be impacted by reluctance to stay at home – because of concerns over sick pay.

This was discussed as an issue across all industries – but given the human element retail could be badly hit. The U.K. government has made some changes to legal requirements around sick pay – whether it is enough remains to be seen.

It’s tough to stay home and work when you’re in brick-and-mortar retail, right?! So taking the accepted precautions of which we are aware as of today (e.g., wipe down surfaces, provide hand sanitizer, etc.), along with providing pay (yes, this will raise labor expense temporarily) when staying at home is mandated by the employer, are the best ways to manage during this outbreak.

Not only do retail companies need to rethink sick leave policies, they also need to retrain field-level management that keeping sick employees at home is best for business. There remains a “tough it out” culture in most retailers, wherein coming to work sick or injured is not only expected, it warrants a badge of honor from managers.

Agreed Jeff – it’s the responsibility of in-store management (and of course the brand) to make sure that employees know that their jobs will not be in jeopardy if they need to take a sick day. Unfortunately, there will always be employees who push the leniency of the rules and create difficult situations for both their managers and co-workers. When I last worked in a food service environment the pressure to show up was more driven by not wanting to put co-workers in a bind (and then have them resent me for it) even more so than the paycheck incentive. Treading the line of being over/understaffed is a fluid problem that greatly impacts the EX, CX, and the company’s bottom line.

There will be a lot of fallout from this outbreak. Many have no sick pay, high deductible health care, or no health care coverage. With magically low unemployment the question retailers will have to ask is, why would anyone want to work for them? The shopper who expects low, low prices, free home delivery and instant service is eventually going to have to pay for it.

It seems to me that this is the right time for retailers to rethink their sick leave approaches, particularly in light of competitive positioning for the best employees. Winning retailers know that engaging and empowering store employees has become a critical strategy to drive customer experience and store productivity. Sick leave, even without consideration for COVID-19, is a great differentiation opportunity.

What will happen if…?

I had a discussion with the head of the U.S. office of an Italian law firm. Their HQ in Milan has over 100 lawyers. The office is closed. In and around Milan 50,000 people are locked down and the rest are encouraged to stay home. Still, my friend says, every day 30 or more lawyers are showing up at the office.

Meanwhile, in China, other than the epicenter of the virus, essentially the whole country put itself on quarantine. The city where I teach has NO cases, but the people are all staying home.

With or without paid sick-leave, what will the response be in the U.S.?

Although I don’t disagree with anything said here, there does seem to be a lack of feedback from actual retailers (Tony, where are you?). “Paid sick leave” isn’t just about the latter two words, it’s also about the “paid” part. Is it possible some retailers can’t afford to offer it? I would like to think this is the case — as opposed to outright miserliness — but the downside is that mandating this may put some of them out of business. Of course as the policy becomes more widespread and seen more as a “given,” the marketplace may dictate that anyway.

A response from Walmart has been added above.

Braintrust
"Not only do retail companies need to rethink sick leave policies, they also need to retrain field-level management that keeping sick employees at home is best for business. "

"It seems to me that this is the right time for retailers to rethink their sick leave approaches, particularly in light of competitive positioning for the best employees."

"Geez, what can possibly go wrong in a country that views healthcare as a perk for the well-off? I’m relieved to live in a city that mandates sick leave during flu outbreaks."