What made GameStop decide to open on Thanksgiving this year? 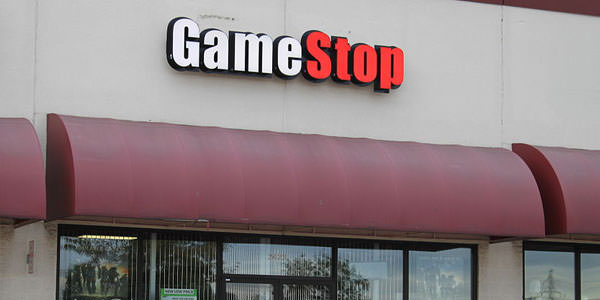 Some retailers have chosen to stay closed over the last couple of Thanksgivings while others have swung open their store doors. The justification for staying closed has been twofold. There’s the human side – giving employees a day off to spend with their families. And there’s the practical side – e-commerce has made it easier for people to shop from home, eliminating the need to visit a store on Thanksgiving Day for a deal (not to mention reducing the allure of chaotic doorbusters the following day). But this year one retailer has already announced that it plans to reverse course and open for business on Thanksgiving Day.

Video game retailer GameStop will be open this year, according to Mashable. The chain has closed its stores on Thanksgiving since 2014.

GameStop representatives claim that this year’s policy change is the result of both associate and customer demand. But the Mashable article speculates that the real reason is rooted in sales. Namely that the chain can’t afford to lose out to big players that are staying open and that the good PR generated by being closed on Thanksgiving in previous years is no longer significant enough to make up for lost holiday sales. Last year’s holiday season was GameStop’s weakest in a decade.

Last year more than 25 of the biggest names in retail were closed on Thanksgiving. Outdoor brand REI has even used its holiday closure as an opportunity for on-brand self-promotion. In 2015 the company launched its #OptOutside campaign, giving its employees a paid day off on Black Friday specifically to spend time outside with family and friends.

Thanksgiving seasonal shopping website theblackfriday.com has yet to update its page to list retailers staying open on Thanksgiving Day this year. The 2016 listings, however, display a few companies competitive with GameStop that were open on the holiday. Toys “R” Us and Best Buy were both open at 5 p.m. on Thanksgiving Day while Target and Walmart opened at 6 p.m.

Walmart’s website currently features a section touting the return of Black Friday. While it doesn’t mention 2017 hours for Thanksgiving Day, it features advice on strategizing both online and in-store shopping on Black Friday to take advantage of deals.

DISCUSSION QUESTIONS: Is the good PR of staying closed on Thanksgiving still worth taking a potential hit in sales for retailers? Will we see more retailers this year staying open on Thanksgiving than in the past few years?

Please practice The RetailWire Golden Rule when submitting your comments.
Braintrust
"If staying open on Thanksgiving is going to make or break your sales, then there are underlying issues that need to be addressed."

"GameStop’s best customers and prospects are home on Thanksgiving looking for a place to go – anywhere to get out of the house..."

"What an odd decision! But let’s be clear … staying closed on Thanksgiving is more than just “good PR.”"

12 Comments on "What made GameStop decide to open on Thanksgiving this year?"

I can see a company thinking that staying open on Thanksgiving is going to help them with holiday business, but I’m not sure there is a real benefit. Surely it’s easier for someone to spend a few minutes online shopping before the guests arrive or even between the main course and dessert. That’s a lot different than getting in your car and driving to the store. Staying open on holidays puts a lot of pressure on store employees who have to miss out on spending the day with their families. So perhaps all these retailers who also have websites might be better off creating a promotion that provides great Thanksgiving Day shopping opportunities online while also providing something customers can use, i.e. a coupon or discount in-store for Black Friday weekend. The cost of staying open Thanksgiving Day would be better used with this type of promotion and would be better for store employees and customers, making it a win-win!

GameStop’s decision is clearly rooted in declining sales. They are struggling as gaming moves further into the cloud with mobile gaming and streaming gaming. Additionally, the competition for games and gaming consoles has heated up to where GameStop is not a leader in this channel.

I do believe that there is a positive PR spin for retailers to close on holidays. But from a consumer perspective Black Friday deal shopping has become somewhat of a sport and event. Therefore, I do believe that many retailers will capitalize on this “sport shopping” on Thanksgiving. Especially the retailers who are struggling and grasping for any sale possible.

Strong omnichannel retailers with a sound business strategy and solid customer retention will capitalize on the PR. They will more than make up any lost sales on Thanksgiving with aggressive online and offline promotions for the remainder of the holiday season.

The shopping season is not completed on Black Friday. It is only the beginning.

It all comes down to who and what your competition is doing, right? GameStop has been on a bumpy ride as of late, or so I’ve read, and if their competition is open then I can see why they would reverse course. I don’t like it. I don’t think any of them need to be open on Thanksgiving but business is just business sometimes. I am guessing they feel the need to be there if others in their space like say, Walmart, are. But that’s just my 2 cents.

Honestly, yes. If staying open on Thanksgiving is going to make or break your sales, then there are underlying issues that need to be addressed. Those few hours of sales might give your bottom line a jump this holiday season. But the positive PR that comes out of “doing the right thing” will stay with your brand year after year.

I think we will see more retailers staying open on Thanksgiving this year as a last-ditch effort, but I don’t see it being particularly effective. Give your employees the day off to spend with their families so they are happy, rested and ready to perform well on Black Friday.

Chick-fil-A with its closed-on-Sunday policy immediately comes to mind. The policy costs Sunday profits but I suspect that the economic analysis shows a positive impact. I think of the conviction behind this policy every time that QSR is an eating option. Defining principles and sticking to them defines brand character. Leave the doors locked on Thanksgiving, GameStop, and make your points in describing why. Explaining yourself is part of being in the kind of relationship you aspire to with consumers.

What an odd decision! But let’s be clear … staying closed on Thanksgiving is more than just “good PR.” There is NO evidence that opening on Thanksgiving provides any increase in sales, and in fact, there is lots of evidence that it decreases profits. Retailers haven’t changed their tune because of the consumer outcry (what consumer outcry?). They simply aren’t getting anything out of it.

To leverage Meaghan’s observation, if you think that opening on Thanksgiving is going to save your business, you have some serious problems to address. There are years of data that tell us it will not save your business and it’s probably not going to help it. It could hurt it, or at best be neutral. It also really messes up the demand curve.

I thought GameStop was way more savvy than this.

If GameStop has all its eggs on one day of the year, there are bigger problems for this retailer. Agree with other commenters that online provides a better bet than store hours on Thanksgiving, especially for those multi-taskers looking for the best deal.

GameStop’s best customers and prospects (teenage boys and young men) are home on Thanksgiving looking for a place to go – anywhere to get out of the house. It’s a brilliant time for GameStop or any retailer who serves this demographic to be open.

The question of whether it is good PR to stay closed or remain open for customers is likely not the right ask relative to GameStop. Retailers suffer from FOMO (fear of missing out) just like people do. The object of their FOMO isn’t related to PR but rather – and this is especially true for GameStop – revenues. Specifically, falling revenues and negative comps.

REI continues to stand out for what it believes in and making that its messaging platform in answering this question. Many of the other retailers are struggling with the question for the simple reason that they are paying attention to their competitors rather than their customers. As Jeff Bezos said, “If you’re competitor-focused, you have to wait until there is a competitor doing something. Being customer-focused allows you to be more pioneering.”

Holiday shopping is being done online more and more. GameStop opening on Thanksgiving this year is probably a result of the overall retail decline. They’re simply looking for more ways to drive in-store sales.

The idea of staying closed on Thanksgiving Day being a PR win for your brand has more to do with what your brand means to people and the corporate culture it presents. REI is the big winner with their #OptOutside campaign because people know and accept readily that this is ingrained in everything REI stands for. It would in fact now be a shocking surprise to anyone to see REI open on Thanksgiving Day and probably be seen as a total reversal of brand identity. For brands like Walmart and Target — would anyone blink either way? Brands that thrive on everyday low price are probably going to go unnoticed PR-wise if they stay closed. For GameStop — it must have been a tough choice, I agree with Meaghan and Paula that if this will make their holiday sales then they have other issues to worry about. Fact is gaming is changing, and GameStop just isn’t a great position these days as the market for gaming consoles and media-based games just isn’t growing enough to… Read more »
1
|
0
-   Share

Braintrust
"If staying open on Thanksgiving is going to make or break your sales, then there are underlying issues that need to be addressed."

"GameStop’s best customers and prospects are home on Thanksgiving looking for a place to go – anywhere to get out of the house..."

"What an odd decision! But let’s be clear … staying closed on Thanksgiving is more than just “good PR.”"