Who should be Patagonia’s next CEO? 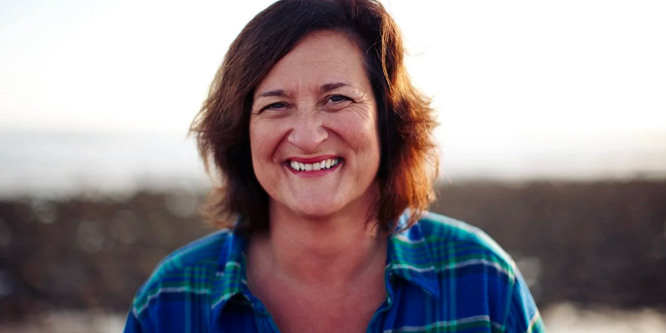 Rose Marcario, who elevated Patagonia to a new level of environmental activism and success over the last six-and-a-half years, unexpectedly stepped down June 10 as CEO and president.

Under her watch, activism efforts notably began in 2016 when all of Patagonia’s Black Friday Sales ($10 million) were donated to grassroots environmental groups. In 2017, Patagonia sued the Trump administration in a spat over Utah’s public lands and spearheaded the launch of its Time to Vote initiative the next year. In 2019, Patagonia closed its doors for one day in solidarity for action on climate change.

Ms. Marcario has been outspoken on the need for employer-operated childcare facilities to support more women in c-suites. Patagonia also noted that Ms. Marcario in May was named number one on Fast Company’s “Queer 50” list.

“Rose has grown our advocacy efforts in ways I could never have imagined,” Patagonia founder Yvon Chouinard said in a statement.

In terms of financial performance, a November-2018 Inc. profile noted that Patagonia’s revenue and profits had quadrupled since she took over as CEO in February 2014.

The surprise announcement, which did not name a successor nor a transition period, nonetheless led to speculation that Ms. Marcario’s exit was tied to a dispute over Patagonia’s response to COVID-19 or to the racial justice protests.

In a statement to Women’s Wear Daily, Ms. Marcario insisted Patagonia had been “planning my succession since late last year and believe now is the right time for the next generation team to step in to reimagine the business for a bright future.”

The WWD article speculated that Patagonia may follow a trend in hiring a digital-first CEO while also pointing to the risks of making a shift away from conscious consumerism. PC Chandra, an adviser to Alante Capital, told the publication, “Finding the right CEO candidate for a mission-driven brand like Patagonia will not be easy.”

DISCUSSION QUESTIONS: What type of skills should the ideal candidate have to lead Patagonia in the years ahead? What’s the next stage that Patagonia as a brand should aspire to?

Please practice The RetailWire Golden Rule when submitting your comments.
Braintrust
"Their brand promise has become so inextricably intertwined with social and ecological issues that it will take more than an apparel expert to be a successful Patagonia CEO."

"Bt’s a far more complex world we live in now. Patagonia has its work cut out for them in finding their next CEO."

"Being a CEO today is a bit like being a university president in the 1960s. The biggest problem is finding talented people willing to take on the job."

7 Comments on "Who should be Patagonia’s next CEO?"

I would say you need skills that are at parity for what you’d expect in a CEO. Much more important would be that person’s values and drive to stand for something even if it is counter to pressures for profits. There’s a great podcast on Patagonia from Business Wars. In that, it mentions Yvon was willing to walk away from profits for the sake of purpose. In the past, religious leaders and politicians are what we sought to guide us and drive positive change; it seems that the future for now lies in companies. Their leadership becomes the beacon and will be the lever for change. Whoever runs Patagonia should share those strong views. It helps they are private and their goal is less about becoming a behemoth and more about living their philosophy. So the measures for this CEO, while profitability and staying solvent will be there, are more about tying success to the qualitative compass.

Being a CEO today is a bit like being a university president in the 1960s. The biggest problem is finding talented people willing to take on the job. Right now, there’s just no way to win because there is no way to make 100 percent of the people happy at the same time. So Patagonia needs to find a bridge over political correctness.

I sometimes oversimplify the business into two buckets — product and process. But in Patagonia’s case there is a third dimension that is equally if not more important — promise. All brands have a brand promise of course, but with Patagonia their promise has become so inextricably intertwined with social and ecological issues that it will take more than an apparel expert to be a successful Patagonia CEO. I can’t help but think of how Lululemon has become so much more than “yoga apparel.” Patagonia could very well enjoy a broader platform than it currently does.

Tough shoes to fill for sure. I would imagine the next candidate will be an internal pick. Someone who sees the value that sustainability and transparency have for a brand like Patagonia. Also an internal candidate would understand the carefully curated culture that has been built and see how important that is from top to bottom.

In this time of transition, it will be key for Patagonia to sort out what made their revenues grow rather than posturing (which I approve of) to get headlines.

The posturing is incredibly valuable for them and a good thing for society. But we too quickly today believe “Patagonia is doing well primarily because they posture” rather than “Patagonia has a great set of high quality products, thoroughly understand their customers, deliver the goods, and also take highly visible positions on issues.”

My fear is they believe positions are their success and forget the base of strength needed to succeed.

A friend of mine on Twitter also suggests Patagonia’s success may also get a huge boost from being a private company able to choose more wisely. All kinds of factors matter in success … not merely the headlines.

Taking over Patagonia will be no easy feat, especially after all the positive impacts and publicity Rose Marcario generated especially around socio-economic topics, environmental activism, and helping to enhance the brand’s purpose beyond their iconic vests and products. The brand for better or for worse has closely aligned with political and social movements, and the now-former CEO was the spark behind these strategies.

A CEO previously had to concern themselves with having the right executive team in place around them, excellence in execution, satisfying their customers, attracting world-class talent, providing outstanding customer experience, providing shareholder value (if they are public), and building sustainable agile growth strategies for the future.

However, it’s a far more complex world we live in now. Patagonia has its work cut out for them in finding their next CEO.

Braintrust
"Their brand promise has become so inextricably intertwined with social and ecological issues that it will take more than an apparel expert to be a successful Patagonia CEO."

"Bt’s a far more complex world we live in now. Patagonia has its work cut out for them in finding their next CEO."

"Being a CEO today is a bit like being a university president in the 1960s. The biggest problem is finding talented people willing to take on the job."