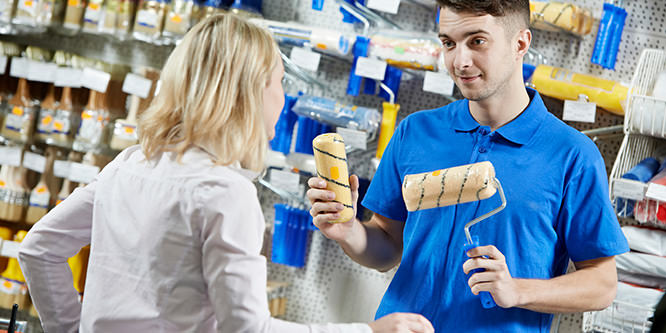 Through a special arrangement, presented here for discussion is a summary of a current article from Retail Contrarian, the blog of the Dynamic Experiences Group.

Most storeowners or retail managers would never let anyone on their staff intentionally disrespect or be dishonest with a customer or colleague. But some behaviors are accepted even though they often undermine relationships and experiences between employees and customers.

My advice is to avoid accepting any behaviors that could hurt an individual or a store’s reputation. Here are three troubling behaviors:

White lies: White lies are usually harmless unless the customer or colleague hears the truth. In my Sharper Image days, a customer called to inquire if the piece of luggage he had dropped off had been repaired. Finding the piece sitting in the office, my fellow assistant answered, “I’m not sure why we haven’t gotten it back yet.”

Just a little white lie, right? Well, a few days later the repair department called the customer with a question about the luggage they had just received. You can imagine how angry the customer became. Admitting you made a mistake is much less damaging to a customer relationship than being caught in a lie.

Sales fibs: The salesperson says, “This is the last one in stock” even though there are more in the backroom. I’ll never forget when I saw a salesperson say that and the customer pointed to a huge stack of the product on the floor and said, “Looks like you just got some in.”

Instead of learning enough about the customer to create purchase intent, the salesperson uses scarcity to create intent. Sales fibs are a lazy way to sell and retailers condone dishonesty if they allow their associates to sell that way.

Speaking ill of others: Sometimes it’s just a snide remark about what a pain the customer is, or what a colleague did. It’s harmless, right? While these words might be spoken in jest, when we accept them we’re allowing small degrees of disrespectful behavior. On the other end of the scale is gossip that can hurt others. Neither one is healthy for teamwork and collaboration among the staff, nor for delivering the best possible experiences.

DISCUSSION QUESTIONS: Are white lies and other light transgressions just a part of the selling process or should they be scrupulously banned? How would you handle these situations if you were managing a store sales staff?

Please practice The RetailWire Golden Rule when submitting your comments.
Braintrust
"Don't devalue your brand by falsely believing you can outsmart today's shopper."

"I guess the shade of the lie on the gray scale is determined by how far from the truth one has strayed."

"There’s a reason for all those used car salesman jokes — and it’s not good."

17 Comments on "White lies, sales fibs and the customer experience"

In the age of omnichannel, it’s not about a “sale” made today — it is all about the relationship with the customer. If the manager or sales staff even have to pause to consider a white lie or fib as a minor transgression, they are not even in the game anymore. Trust is built upon a foundation of moments of truth — it only takes one fleeting miscue to bring it all tumbling down.

There should be no place for dishonesty in the selling process. Treat consumers and fellow workers with respect. Upon finding that an employee has been dishonest or deceitful, sit down and discuss the situation, explain how it hurts the employee and the retailer, and make it clear that such actions will not be tolerated in the future. Document the conversation, so if it does happen again, there is proof of the reason for termination.

While these are great ideals, I’m not sure how grounded in reality they are. Retailers often have difficulty hiring marginally qualified individuals to fill out their staffs these days. If associates were terminated after the second minor infraction there would be no one to run the store, and legal fees would skyrocket. I think managing behavior and expectations is great, but expecting perfect behavior is unrealistic. Look at the behavior of many of this year’s presidential candidates and then tell me again why minimum wage associates are held to a much higher standard.

Trust and integrity are priceless in the cross-channel environment navigated by the digitally empowered shopper. When you (any brand!) get caught (and you will!) the damage to the brand will far outweigh any advantage that you believe some silly white lie will give you, and will crush you! Shoppers typically don’t trust you and your claims anyway and getting caught misleading your shopper simply validates their perception of your brand. Your word and integrity are your two most valuable currencies in today’s digital economy. Don’t devalue your brand by falsely believing you can outsmart today’s shopper.

I can’t possibly imagine why it would be acceptable. Getting caught may lose a customer and may lose all those potential customers who hear the story. One warning and then you’re fired.

While there are many things retail employees should never do, as I noted in my post Customer Service: 50 Things Retail Employees Should Never Do, I’m not sure this counts. Who is the arbiter of white lies — between husband and wife, boyfriend and boyfriend, child to parent? Things happen. Customers just want information. Trying to hold them or your employees up as some mythical George Washington seems like a distraction when most retailers can’t even train how to greet a customer.

There’s a reason for all those used car salesman jokes — and it’s not good. But the reality is that there’s also a reason people keep sending us all those obnoxious fundraising letters and credit card applications — they eventually get results. So what’s a retailer to do? Seems to me the only viable course of action is to lead by example.

I guess the shade of the lie on the gray scale is determined by how far from the truth one has strayed. Frankly I don’t see anything “white” in the example of the employee’s lie about a customer’s luggage. What would make it any darker? If Volkswagen hadn’t manipulated the emission data in their cars quite so much would that have made it a white lie and reduced the financial and potential prison penalties? Where does exaggeration fit on the lie scale? If there wasn’t exaggeration and hyperbole most marketers would be out of business. The “Buyer Beware” principle is based on the premise that you WILL be lied to. It’s a given. And we don’t have the space to discuss the role of lies, fibs and exaggerations in the political process! Overall there are very good reasons why we don’t trust banks, airlines, Congress and, sadly, many of the institutions vying for control of our lives. Again, we expect to be lied to. Ban lying? Lots of luck with that one. It’d be easier… Read more »
3
|
0
-   Share

Honesty is the most effective strategy for 90+ percent of retailers and their line staff. The days of captive and ignorant consumers are mostly gone, relegated to a few entrenched areas of retail (mattress shopping comes to mind). However, unlike nearly every other corporate value, integrity can’t be effectively policed. Sanctioning staff for customer complaints or encouraging staff to report on each other saps the will from honest staff and forces the dishonest ones to up their game. Honesty needs to be taught by example and starts with how corporate communicates internally. When employees see and expect integrity from their managers they will extend the same to their customers.

Leave the white (red, white and blue) lies to the politicians and try to have a straightforward relationship with customers. Customers most remember the service they get when things go wrong, not when their experience is routine.

This is simple for me. Talk to your customers and always, always offer up the truth and you will never get burned. Don’t ever promise something that you know you can’t deliver and, if a problem arises, make it right and do it quickly. There are empty landscapes of stores who stretched the truth about their products and services and are now gone, so in the long run the truth is always the best way to go.

It is unfortunate that in some retail settings, where sales associates are partially commissioned or bonused for performance and find themselves in a high-pressure environment, white lies and similar transgressions become a part of the culture, ingrained in the sales process. Allowing this behavior is the sign of a brand in decline. Consumers are not only much more savvy in sensing they’re being misled, but much more apt to share and amplify their experiences with friends, family and across social media. Little white lies chip away at brand equity and consumer trust in a manner more magnified than ever. Once trust is compromised, recovery is nearly impossible.

I think sales staff should be trained how to handle difficult situations. But it should be made clear that white lies or any other kind of lies or misleading comments are unacceptable. There should be one standard of transparency across the board for all employees. At the same time, there are ways to handle awkward circumstances that do not include misrepresentation while simultaneously maintaining good relationships with the customer. This is where training comes in.

What goes around comes around, and being less than completely open and honest with customers and staff is simply asking for trouble. BTW, this works pretty well in life, too. That way you don’t have to “cover your tracks” and the people with whom you interact know exactly what is happening and where they stand at all times.

There is no room for dishonesty — however small. How do you handle a dishonest employee? There are different level of offenses. If it’s a “white lie,” perhaps it warrants a reprimand … the first time. The second time may the end of employment. A dishonest habit, however small, is dishonest. When does the employee lie to an employer? Honesty is a core value that cannot be compromised.

With so much talk of consumers’ rights (such as being dealt with honestly), the retailer has certain rights related to staff (and the communications systems that the staff depends on). These retailer rights as concern staff are, at least:

Customers have enough of the handle end of the whip related to engagement without the staff member further highjacking the process. Lies are the theft of brand integrity.

Honesty has always been and always will be the best policy, especially in the brave new world, or really the back to the future world, of retail. It’s all about relationships, the experience, and the value — over the long term and not just one single transaction. As mom said, it takes a lot less energy, or corporate resources in this case, to tell the truth rather than lie, whether a white lie or not.

Braintrust
"Don't devalue your brand by falsely believing you can outsmart today's shopper."

"I guess the shade of the lie on the gray scale is determined by how far from the truth one has strayed."

"There’s a reason for all those used car salesman jokes — and it’s not good."