When does marketing cross an ethical line? 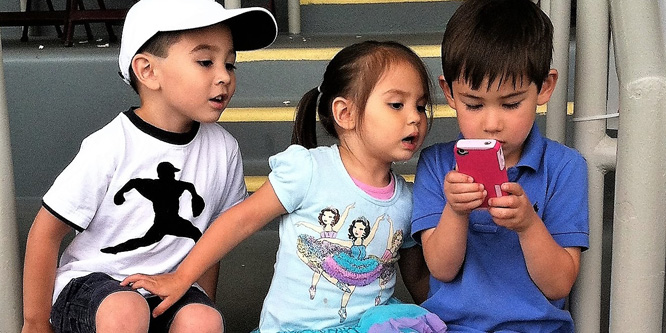 An overwhelming majority (92 percent) of marketers consider themselves to be ethical, according to research released by Phrasee. But the same research also reveals that one-quarter have been pressured to use unethical marketing tactics at work.

Out of the options surveyed, it’s quite clear that the 400 marketers surveyed feel that ethical marketing needs to tell the truth and provide transparency to customers.

At the top of the list of unethical practices, 69 percent cited marketing that distorts or exaggerates the truth as one such behavior. Closely related to that was using unrealistic or altered images (56 percent) — an important consideration given the fact that consumers prefer visual information, at least when shopping online. These concerns are also a major factor when establishing trust: research has found that consumer satisfaction is linked to brands delivering value that matches the marketing message. Meanwhile, on the issue of transparency, 62 percent said it was unethical for marketing to conceal important information. Shortfalls were also seen around lack of transparency around the use of data in targeting as well as around the source of adverts.

The second-most commonly cited unethical marketing practice by marketers surveyed in the U.S. and UK was marketing that targets and exploits vulnerable groups (64 percent). Fifty-eight percent say that marketing that shames is unethical, as is that which induces anxiety or fear (56 percent), or exploits negative emotions like fear, anxiety or guilt to sell to people (52 percent).

Ultimately, it may be the bottom line that improves the industry, as 26 percent of marketers say they have seen negative results from using unethical marketing practices.

DISCUSSION QUESTIONS: Which marketing practice do you consider most unethical — exaggerating or distorting the truth, targeting or exploiting vulnerable groups, or concealing important information? Have consumers become more sensitive to any of the areas mentioned with the rise in digital marketing?

Please practice The RetailWire Golden Rule when submitting your comments.
Braintrust
"When marketing crosses the line of dishonesty (especially to conceal a safety issue), it qualifies as truly unethical. "

"Marketers strategically target prospects’ pain points. But to deliberately capitalize on the weaknesses of the vulnerable is downright predatory."

"Marketing is often focused at a specific target, even though it exposes much larger audiences to its message. Isn’t this really the crux of this issue?"

15 Comments on "When does marketing cross an ethical line?"

Here are some examples:

Airlines that advertise low fares but the actual cost is double or more, as they charge extras for breathing, getting on the plane, bringing luggage, water, early boarding, etc…

Hotels that charge $30 to $50 a night for the use or non-use of their tiny treadmills, lousy Wi-Fi, and a pond out back to swim in.

All utilities, which have tons of surcharges that a lawyer doesn’t understand.

Any government agency that takes two hours to answer a phone, along with a wonderful trip to the SSA to speak to their over burdened agents, who lecture you for not providing a blood sample, and your first born, to get any kind of document you might need.

I could go on, but many of us experience this every day.

Marketing that uses implied endorsement — a la ads that start with some version of a celebrity saying “Did you know that the National Federation of Hearing found that 90 percent of all seniors experience hearing loss? That’s why you need ACME Hearing Loss Insurance…” This combines several of the ethical marketing sins in the survey, but it is particularly vexing to me for some reason.

Gee – I always thought that marketing was inherently unethical, in the sense that the job is to sell us stuff that, let’s be honest, we may want but really don’t need. I’m excusing Charmin, Cottonelle, Northern and Angel Soft marketers – obviously a critical category. That doesn’t mean that the profession is evil, it just means that a marketer’s job is to put the best face on a product in the hopes we’ll spend money on it. Of course, they can cross the line – for me the worst is concealing important information, like, “this will taste great but it will give you a horrible disease.” Targeting vulnerable groups, especially kids, is a close second on my list.

Exaggerating or distorting the truth is anything but truthful. It’s a lie. Lie to me and I’ll never do business with you again. I once worked with a printer that told me my project would be done by a certain date. He missed it by a significant number of days. He openly admitted that he knew if he told me the truth – as in how long the job would take – that I would go to a competitor. He was right. The next time I did. Any distortion of the truth is a lie. Marketers that hype beyond the truth are unethical.

The good news for consumers is that many products and companies have reviews – not just of the products/merchandise, but also the company itself. The old saying was “Buyer beware.” Now it may be “Retailer beware.” Customers talk. Eventually the public will know if a company is unethical.

Numbers 1 and 5 are true; you only have to look at any beauty or fashion ad – TV, magazine, online or social media – to know that. Marketing in these areas absolutely “exaggerates or distorts the truth” and can be cited for “using unrealistic and altered images.”

Fashion ads whittle off inches and enhance body parts. Beauty ads erase pores and wrinkles, even tear ducts. How anyone can believe beauty product claims these days is beyond me. It is time to lose the filters and put real people in ads. I don’t know about you, but I want to see what a product can really do, not the Photoshopped version of what it promises.

There are plenty of good examples already cited, including “sins of omission” like hidden fees. But when marketing crosses the line of dishonesty (especially to conceal a safety issue), it qualifies as truly unethical. Case in point: The many homeopathic drugs advertised on TV that skate past the disclosure about non-FDA review and potential side effects. Today’s version of the 19th century patent medicine salesman.

Love the patent medicine analogy Dick! But I think you are giving the “snake oil salesmen” a bad rap — at least their stuff would get you drunk!

Prevagen is a perfect example. By the time it’s proven to not help with memory loss, the company will have made millions.

I always hated negative opt in — if you don’t tell us you don’t want the book of the month, you get the book of the month. Same today with “free trials” in digital. You enter your credit card and the subscription will start past the trial period unless you cancel, but it becomes really hard sometimes to figure out how to cancel (often no customer service number is even available). I guess this falls into the theme of giving consumers the illusion of control.

There are plenty of examples of advertising distortion, but you may be surprised how many companies actually undersell their products. How can this be? Over the past 30 years, I’ve written copy for many well known national brands who all have a large corporate legal staff who tend go overboard and nix compelling, but truthful copy. Often it’s because they are corporate lawyers, not ad lawyers and err way too far on the safe side.

My advice is have your marcom reviewed by outside lawyers who are EXPERTS in advertising copy. They are far less likely to kill ad messaging that could be vital to the growth of your brand.

Marketing involves the use of tools to best present a product. The issue here is how do we define an “ethical line”? Are we crossing an ethical line when we Photoshop a model’s face or body to look more idealistic, even though they are demonstrating a tool, the latest burger, or insurance? Does enhancing the clarity of an image to make it easier to see to the reader cross an ethical line? Where is our vulnerable group definition? Does this mean seniors and children? What about that older billionaire who has profited from stock growth their entire life? How are they vulnerable, or does this mean any senior? Are we distorting the truth when we proclaim how much this drug relieves pain, since we are targeting arthritics, yet others who are exposed to the ads complain because their pain from drinking too much is not helped? Marketing is often focused at a specific target, even though it exposes much larger audiences to its message. Isn’t this really the crux of this issue?
1
|
0
-   Share

Ethics is a whole other field of study, and people typically lie 10-90 times a day. There is a spectrum of ethics, not just ethical and unethical.

For my view of retail marketing, the line is usually crossed when it become a legal tort or harm coming to others in part or in full because of the marketing. With customers becoming aware of and more clearly setting expectations, the consequences are becoming ever more pronounced. Take the VW emissions scandal — a $4.3b cost, real degradation of the brand and execs being prosecuted. The vehicles actually drove several environmental awards for VW and Audi until it was realized that their ratings were high because their emissions control system would only operate when being tested. The actions of the company were reprehensible. However, would the unknowing marketer who advertised winning these environmental awards be acting unethically?

Knowingly concealing important information (particularly regarding risks and/or danger associated with using a product) may be the most egregious offense. Targeting or exploiting vulnerable groups has a wide range of connotations. Marketers strategically target prospects’ pain points. But to deliberately capitalize on the weaknesses of the vulnerable is downright predatory. Exaggerating the truth seems to be general practice.

I find it interesting that (only) 92% describe themselves as ethical: are 8% unethical … but honest?

Unlike so much of marketing for consumer products, the answer to this question is relatively straightforward. Would marketers want their spouses, parents, children, pets and other relevant audiences to use a product based on the information they are disseminating versus the information they know about the product? If the answer is no, but they continue to market the product, then their practices are unethical and they are unethical marketers.

Braintrust
"When marketing crosses the line of dishonesty (especially to conceal a safety issue), it qualifies as truly unethical. "

"Marketers strategically target prospects’ pain points. But to deliberately capitalize on the weaknesses of the vulnerable is downright predatory."

"Marketing is often focused at a specific target, even though it exposes much larger audiences to its message. Isn’t this really the crux of this issue?"