What’s the ideal age to start a retail business? 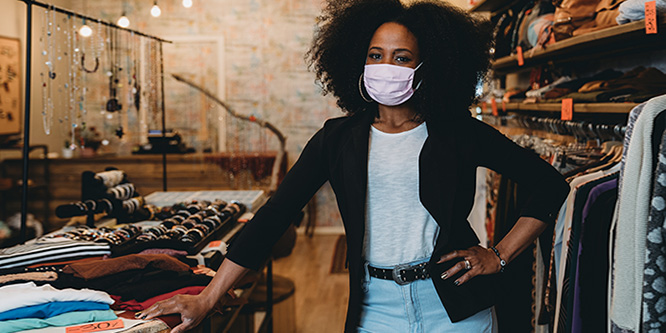 The optimum age to start a business is 28 years old, according to a global survey of Millennials and Gen Zers.

The recent survey of more than 25,000 people, aged 18 to 40, across 35 countries from Herbalife Nutrition, found half believing their age would help their chances of success. Among the reasons:

Fifty-one percent, however, were still concerned that they may not be taken seriously because of their age.

In the tech space, the belief is that many younger entrepreneurs have an advantage as founders, being perceived as more tech savvy and less risk-averse. A few studies have recently come out, however, touting the advantages that middle-aged founders have due to their work experience, connections and access to capital.

According to their findings, many of tech’s legends (i.e., Bill Gates, Steve Jobs, Jeff Bezos, Sergey Brin, Larry Page) may have started their businesses in their youth but their growth rates in terms of market capitalization peaked when they were middle-aged. The professors concluded that the reason venture capital firms skew investments toward younger entrepreneurs is because of an age bias and being able to secure deals with more upside from financially-strapped youth.

The average age of a U.S. business founder was determined to be 42.

A 2020 meta-analysis of 102 studies of entrepreneurs from Rensselaer Polytechnic Institute found younger entrepreneurs “more adept at inventing new technology and making bold moves,” but older entrepreneurs still showed slightly higher satisfaction levels and greater financial success. Older women founders were determined to be particularly successful versus younger ones of the same gender. One surprise finding was that founders in their thirties and forties have less success generally. Researchers attributed that to childcare and eldercare obligations in early midlife.

DISCUSSION QUESTIONS: What’s the ideal age to start a retail business or launch a brand? Do you believe younger entrepreneurs have an advantage over middle-age ones or vice versa?

Please practice The RetailWire Golden Rule when submitting your comments.
Braintrust
"Age does not determine adaptability, tech-savviness, or risk aversion. Experience can be the difference between success and failure."

"I’d like to think that the retail business favors the adaptable vs. any particular age. The attitude isn’t specific to any age."

"Being a younger entrepreneur may help with knowing what the latest trends are and capitalizing on a movement."

14 Comments on "What’s the ideal age to start a retail business?"

It really does depend who your target customer is. If you want to appeal to Millennials and Gen Z, 28 is about right. In fact, I think my father was around that age when he started his retail store.

Still, if you see a hole in the market, regardless of your age, open a store, put up a website and give it a try. Even a Boomer can do it as a “next step” if he or she wants to work.

Retail is hard work. There’s also a lot of gut feel involved. Technology has made it easier, but there’s more work in a multi-channel world than there used to be in just “opening a store.”

It doesn’t matter. You got the goods, you’re going to win. It helps in this day and age to be tech savvy but, for the most part, product is still the number one “P,” and if you’ve got something amazing you can be a success at any age.

Being a younger entrepreneur may help with knowing what the latest trends are and capitalizing on a movement. They probably know best what shopping behaviors for the upcoming age groups are and how to appropriately incorporate technology into the mix. One develops experience over time, and young entrepreneurs will most likely make savvier business decisions to help grow and rebrand if necessary. But the initial start to the venture must first take place.

The studies seem very common-sensical to me, but regardless if you’re 19 or 71 — if you have a great idea, a great product/service and it’s priced to offer incredible value to consumers, you’re likely to find success.

As technology becomes a bigger part of retail, those of the technologically advanced generations will have an advantage.

But it goes deeper than that. Successful entrepreneurs have failed two-to-one before being successful. VCs look for at least one failure as they don’t want the entrepreneur learning the foils of entrepreneurship on their dime.

Perhaps most important thing is the realization of that starting a company of any type is a 24/7 endeavor. The enterprise must come first, before friends, family, and fun. Anything short of that is a prescription for failure. Younger people have a better chance than those who have family. The other side of it is that as older people become empty-nesters they are freed for those demands. Older people also have a significant advantage is using their networks to find people, finances and ideas they need.

If this same question had been posed to Gen X or Boomers, the answer would have been very different. Age does not determine adaptability, tech-savviness, or risk aversion. Experience can be the difference between success and failure. But then – like every generation – I am biased in favor of the one I belong to.

I’m 58, if I stumbled across a new idea that I thought had legs in the market and lots of upside, I might be tempted to jump in — or convince one of my kids to jump in. This is to say metaphorically; age brings experience and perspective, youth has the energy and enthusiasm. Both are required to be successful.

An interesting topic given the average age of those on the BrainTrust panel, myself included. 😉

To me it largely depends on the sector, how vertically integrated and how scalable it is. Digital first/DTC businesses do favor the young given their comfort level with technology. But supply chain expertise and operational excellence often come with age. I’d like to think that the retail business favors the adaptable vs. any particular age. The attitude isn’t specific to any age.

I don´t believe there is a best age to start a new business, but the ability to make the best decisions often comes from cumulative experience – so people who have built up the relevant experience will have an edge. What is more important is to have the right idea and business model. Younger entrepreneurs may be less locked into traditional approaches of doing business, so their ability to find a clever new approach that stands out in the market may be more possible. And, of course, few good or great businesses have ever been built with a great deal of passion. Therefore the entrepreneur needs to be committed to something that creates value for customers – and then they are off to the races.

As a man of a certain age, who has gone through many work iterations (some very successful and some very not!), I would say this is more a discussion not so much of age in actual years, but of spans and increments. That is to say, a very young person should go into business with a great idea—and may well make a great go of it. But for how long? Ten years, and then move to the next thing? (There’s some comfort in knowing whether an idea fails or succeeds that others may still follow. Their failure is not so final.) Now, if a much older person has a great idea they should go for it, too. However, if one doesn’t gel, the opportunities to try again are not the same. Consequently, it seems then to be a matter of weighing the gamble of time versus investment (brain power, physical labor, money, etcetera), and of who has the most of both with a genuine commitment. I have recently found myself in a situation where I… Read more »
1
|
0
-   Share

24 years, 6 mos, 2 weeks … not a day earlier or later! No, the answer isn’t going to be like that; I’ve never been fond of age limits — when I was subject to them, certainly. But my opinion hasn’t changed much now that I’m past most of them (and not yet reached others!) — since they’re a highly imperfect proxy for other things: maturity, knowledge, experience, etc. Unsurprisingly the very things one needs to succeed in a business, though a business has needs beyond these such as financing, contacts/networks, and name recognition. So my advice would be not to fixate on age, but the qualifications that age is thought to represent.

This is not an age issue but an economic and maturity one. How prepared one is for the rigor and demands that a startup business requires is the ideal “age.” I suggest to my clients that they have enough financial support to cover their perceived business costs and then their own costs for at least 6 months.

Age does not matter, if you have a great product or idea start your business.

Braintrust
"Age does not determine adaptability, tech-savviness, or risk aversion. Experience can be the difference between success and failure."

"I’d like to think that the retail business favors the adaptable vs. any particular age. The attitude isn’t specific to any age."

"Being a younger entrepreneur may help with knowing what the latest trends are and capitalizing on a movement."