What would the nation’s strictest plastic ban mean for New Jersey’s retailers? 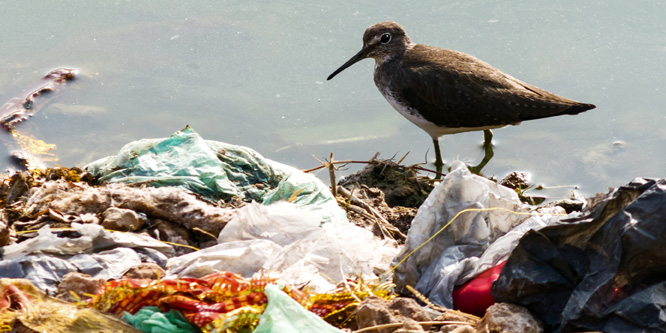 Virtually anyone driving on New Jersey’s major highways or visiting its waterways can see the Garden State has a plastic problem. Bag littered views extend from High Point to Cape May. The state’s new governor, Phil Murphy, and his supporters in the assembly and senate are pursuing a plan they believe will improve the view and enhance the environment. Opponents say the cost of beautiful vistas may lead to an ugly end for businesses, the workers they employ and the customers they serve.

The proposed legislation that made it out of the Senate Environment and Energy Committee by a four to one vote would ban stores from handing out single-use plastic bags, plastic straws and polystyrene food containers.

It would also levy a 10-cent tax on single-use paper bags, half of which would go to the Plastic Pollution Prevention Fund created by the state’s Department of Environmental Protection to help develop the plastic recycling industry in New Jersey. The other half would go to merchants participating in the program.

Environmental groups, including the League of Conservation Voters, the New Jersey Sierra Club, New Jersey Audubon Society and others, have come out in favor of the proposal.

“If this bill passes, it would be the most comprehensive in the nation,” Kelly Mooij, a vice president of New Jersey Audubon, told NJ Spotlight. “In one fell swoop, we would be addressing all the major causes of plastic pollution.”

Matt Seaholm, the executive director of the American Progressive Bag Alliance, had a different take in an interview with NJ Advance Media. He called the proposed legislation “onerous” and that it would result in “an incredible amount of pain” for businesses and consumers alike.

The bill does provide some outs for business, including an exemption from the state’s Department of Environmental Protection should “reasonably affordable” alternatives for polystyrene not be found.

DISCUSSION QUESTIONS: What would the proposed ban on single-use plastic bags, straws and polystyrene containers mean for New Jersey’s retailers? Do you think the government or private business/industry groups are in a better position to deal with the ecological harm that results from plastic waste?

Please practice The RetailWire Golden Rule when submitting your comments.
Braintrust
"It will ultimately take a combination of public and private sector initiatives to make this work."

"My bet? If the ban goes into effect, there will be much wailing and gnashing of teeth … and then it will be back to business as usual."

"Spending the majority of my time in the Garden State I’m all in favor of the bill. Maybe it will cut down on the occasional plastic blowing across my lawn."

10 Comments on "What would the nation’s strictest plastic ban mean for New Jersey’s retailers?"

Spending the majority of my time in the Garden State I’m all in favor of the bill. Maybe it will cut down on the occasional plastic blowing across my lawn.

I really doubt that NJ (as imperfect as it is) has more of a plastic problem than elsewhere, especially NYC. Nevertheless, the plastic waste issue needs to be addressed here, across the country, and globally, so maybe this measure can be a model for other jurisdictions.

I don’t know who Matt Seaholm is and what his alliance is really about, but he’s a bag of hot air with an agenda.

It is important to reduce plastic, but I would prefer to see this done by retailers and private firms than by the big fist of government. I am also not sure of the logic in levying a 10 cent tax on paper bags – this just seems like another tax to raise revenue.

Neil: I would prefer to see retailers do this on their own as well (you can read my position here) but we all know that corporations taking a proactive positive community approach to any problem, especially when there is a cost, is rarer than a solar eclipse.

Five-hundred million plastic straws are discarded every day in the U.S. Where did any corporation take on that problem prior to a flurry of legislative actions forcing their hand?

Come on, George! That set up doesn’t exactly cast the best light on our beloved state.

Kidding aside, waste reduction – plastics waste reduction specifically – has been front and center for environmental commissions across the state for several years because it impacts our beautiful beaches and is seen as the logical next step after comprehensive recycling. It will ultimately take a combination of public and private sector initiatives to make this work. The good news is that NJ schools start early with educational programs on the Reduce-Reuse-Recycle mantra, as young as first grade, and those future consumers will be used to bringing their own shopping bags, drinking without straws and having a different food-to-go experience.

I’m also interested in the potential for innovation resulting from these new laws, but will leave that for another discussion.

While the plastic bag ban will be a huge adjustment for both retailers and consumers, it is the right thing to do. As consumers get accustomed to bringing their own bags and having a supply of them in their cars, it will eventually become a habit. It can actually save retailers money by not buying plastic bags that they traditionally gave to customers for free and now they can sell reusable bags.

Plastic bags are horrible for our environment and one day they will likely be banned entirely in the U.S. Today even socially conscious retailers still use plastic bags, packaging, straws, etc. We all need to rethink our environmental approach. The Great Pacific Garbage Patch, a collection of plastic, floating trash halfway between Hawaii and California, has grown to more than 600,000 square miles – twice the size of Texas. Kudos for New Jersey for doing their part in helping to solve this problem.

It will take a combination of government regulations and business innovation to solve this environmental issue.

I’ve personally never been smart enough to decode the arcane economics of bagging. I still don’t understand why it is cheaper for retailers to give me 30 plastic bags when one or two paper bags would suffice. The truth is I use my own cloth bags which I faithfully bring to the store every time I shop, but I am amazed every time I check out and watch “baggers” pack one or two items per plastic bag so that large orders can quite literally walk out with dozens and dozens of under-packed plastic bags. So, I’d say one thing it may do for retailers is improve customer satisfaction and possibly reduce costs if we applied an activity-based costing model to bagging. As to who is better equipped to deal with this issue, that’s probably the wrong question. The right question is, “Who is more likely to actually deal with the ecological harm that results from plastic waste?” And the answer to that is government. Yes, in some utopia somewhere public and private sector partnerships are… Read more »
3
|
0
-   Share

I hope this legislation rises above the political rhetoric and lobbyist agendas! The planet and all of its consumers will thank you now and for generations to come! Do the right thing NJ!!

In terms of whether NJ has a litter problem, I was appalled at how bad it was every time I drove there when we lived in the Northeast. The problem was demonstrably worse than in CT where we lived, or in NY, alongside the major roads. That said, this is a good start. In addition, state and local governments need to DO THEIR JOBS and pick up trash from the sides of their roads. In many cases, states and localities have outsourced this to volunteer groups, and some of those programs work and some don’t. Here in Palm Beach County, FL, volunteers pick up an average of 50,000 pounds of trash per year in the 17 natural areas. That is just in one small part of one county! We need to do more collectively, and soon.

As an ecstatic resident of NV enjoying the unmitigated freedom of unrestricted consumer choices in every facet of life, and where recycling is like the Easter Bunny & Santa Claus … it doesn’t exist. I do feel that retailers have done well in polar opposite states, like CA, from which I successfully escaped recently, by offering reusable shopping bags, and other accommodations to satisfy these concerns.

Braintrust
"It will ultimately take a combination of public and private sector initiatives to make this work."

"My bet? If the ban goes into effect, there will be much wailing and gnashing of teeth … and then it will be back to business as usual."

"Spending the majority of my time in the Garden State I’m all in favor of the bill. Maybe it will cut down on the occasional plastic blowing across my lawn."