What will be the toy story of Christmas 2021? 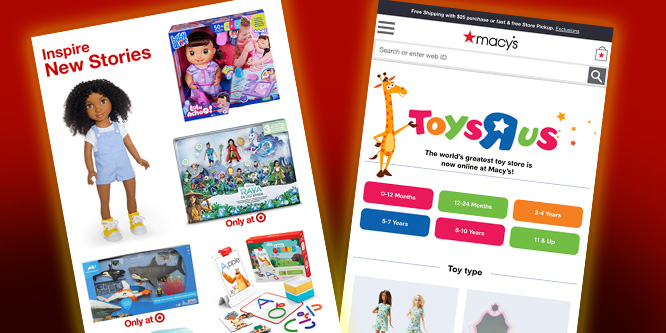 Retail toy sales got off to a hot start in 2021. How well the category performs, however, particularly during the critical Christmas season, remains to be seen as a host of factors complicate what would otherwise be expected to be a big year.

U.S. toy sales improved 27 percent to kick off the first four months of the year, according to The NPD Group. Ten of eleven categories were showing growth year-over-year during that span with all posting gains based on a two-year comparison during the same period. Last year’s sales were up 16 percent compared to 2019.

Manufacturers and retailers have sought to get an early start on ordering supplies ahead of the Christmas season as they deal with ongoing pandemic-related shipping delays from China, where the majority of American consumers’ toys are sourced, reports The Wall Street Journal.

The importance of toys as a traffic and revenue driver are as important, perhaps even more so, heading into this year’s holiday season. Supply challenges and heavy demand have resulted in higher prices on goods paid by consumers and should yield higher rings per purchase for merchants should they avoid extensive discounting.

Target announced earlier this week that it would have Disney shop-in-shops operating inside 160 of its locations across the U.S. by Christmas. Disney has chosen to close many of its company-operated stores outside of resorts to focus on partnerships, such as the one struck with Target. The chain also published Bullseye’s list of the top 50 toys for the holiday season including 22 new items that can only be purchased at the retailer. Target said it will offer over 1,300 exclusive toys and games for the holidays.

Macy’s is also looking to capture some toy magic with its newly announced deal with WHP Global to establish Toys “R” Us shops in more than 400 of its stores and on macys.com.

“Our toy business grew exponentially in the past year, with many families looking to inspire their children’s imagination and create meaningful moments together.” said Nata Dvir, Macy’s chief merchandising officer, in a statement . “Toys ‘R’ Us is a globally recognized leader in children’s toys and our partnership allows Macy’s to significantly expand our footprint in that category, while creating more occasions for customers to shop with us across their lifestyles.”

DISCUSSION QUESTIONS: Are you expecting toy unit sales to outperform last year’s Christmas selling season or will supply chain issues and high prices limit growth? Do you expect shop-in-shops such as Target/Disney and Macy’s/Toys “R” Us to become more commonplace in the market?

Please practice The RetailWire Golden Rule when submitting your comments.
Braintrust
"This category will continue to grow and as big retailers partner with toy brands, there is no stopping this vertical."

Yes, I do expect to see a strong Christmas selling season. The demise of Toys “R” Us constrained access to product and the supply chain challenges from the pandemic have exacerbated this. The big challenge will be inventory – if you stock it, it will sell. I fully expect both Macy’s and Target’s store-within-a-store concepts to do well in the short- to mid-term as the category recalibrates and before other, perhaps new competitors get in the category.

The toy story will be toys continuing to outperform previous years as the state of the world still remains unknown. People will still stay home and kids need to to be entertained.

This category will continue to grow and as big retailers partner with toy brands, there is no stopping this vertical.

When it comes to the toy story this year, I have three words: supply chain disruptions. If disruptions are not massive, then toys will flourish. Otherwise, fasten your seat belts — it’s going to be a bumpy ride, Woody!

The toy industry segment has some unique supply chain challenges that require a lot more for them to overcome the macro-economic challenges we are facing today. 75 percent of their demand falls in the fourth quarter, while inventory build-up happens throughout the year. Secondly, more than 90 percent of their production happens in Asia. so their reliance on shipping is high. These two factors alone will make it harder for them to get the demand/supply balance right, especially this year.

You can’t sell what you can’t stock and, since so many toys are produced in China, supply may not be able to meet demand this year – and that’s assuming no fall COVID-19 surge or any more restrictions on retailing. All things being equal, which they clearly aren’t, 2021 should be a good year for the category and better than 2020. But it’s getting late in the game and there is still a lot of uncertainty around key questions like if, when, and how current supply chain disruptions will resolve themselves. As to the stores-within-a-store, depending on the partnerships it’s a decent strategy – provided you have sufficient inventory.

Yes, and yes! Toy sales in the Christmas 2021 season will outperform last year’s numbers, and if it weren’t for chip shortages and supply chain disruptions, we would see even higher numbers. Expect better numbers in low-tech toys that nurture a child’s imagination and fulfill a back-to-basics retro toy philosophy.

Couldn’t agree more! Toys should be about nurturing a child’s imagination, not providing an even earlier introduction to screens. So … which retailer is going to get the LEGO shop-in-shop?

It almost boils down to toys as a competitive weapon. Disney and Toys “R” Us both provide expansive opportunities. So will Target or Macy’s do a better job of executing Explore + Experiment = Experience…?

Just love seeing the Healthy Roots Doll on this post’s hero photo. I remember having discussions with Yelitsa, Founder and CEO, at RISD when she was just getting going.

Braintrust
"This category will continue to grow and as big retailers partner with toy brands, there is no stopping this vertical."