What will a new CEO’s Facebook experience bring to Instacart? 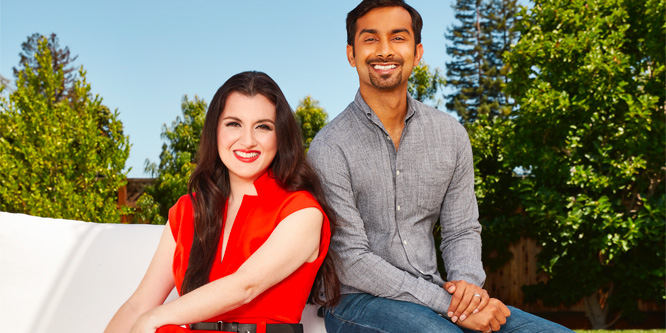 Instacart surprised many with its announcement that Fidji Simok, who formerly headed the core Facebook app, would replace co-founder Apoorva Mehta as CEO.

Ms. Simo, 35, will take over, effective August 2, following a transformational year during which Instacart experienced exponential growth as grocery delivery took off during the pandemic. The gig-economy platform significantly diversified by on-boarding a wide variety of retailers, such as 7-Eleven, and non-grocers, including Best Buy, Dick’s Sporting Goods, Sephora and Staples.

Instacart made high-profile hires from Amazon.com and Google to drive its advertising business, which debuted in 2019 and brought in $1.5 billion in revenues last year.

The company continues to face scrutiny, however, over its treatment of the shoppers who pick and deliver orders. Reports also arrived last year detailing retailer complaints over Instacart’s high commission fees, control over customer interactions and cannibalization of the grocers’ own co–op programs from Instacart’s advertising.

Ms. Simo, who is French, is expected to particularly support that advertising push that a Wall Street Journal article posited will be critical to the profitable growth of food delivery companies.

At Facebook for more than a decade, she started working on advertising products for the News Feed before running Facebook Live, helping launch the social media site’s video ads and launching Facebook Watch. She was appointed to lead Facebook’s core social network in March 2019.

Ms. Simo, who joined Instacart’s board seven months ago, said in a statement that Instacart has transformed people’s relationship with food.

“[People will] expect a more convenient experience, the widest selection of food at their fingertips, faster delivery times, increased personalization, and more inspiration,” she said. “Instacart has an opportunity to deliver all of that for customers, while also becoming an even stronger ally and growth accelerator for retailers and advertisers, and helping create economic opportunities for hundreds of thousands of shoppers.”

Mr. Mehta will relinquish the CEO role ahead of a hotly-anticipated initial public offering later this year.

“Fidji will simply be a better CEO than me for Instacart’s coming years,” he wrote in a blog entry to Instacart partners. He added that as executive chairman he would continue to be “very engaged day-to-day and to partner with Fidji to shape our long-term vision.”

DISCUSSION QUESTIONS: What assets do you expect Fidji Simok to bring with her from Facebook? Do you agree that advertising will be critical to supporting profitable growth for Instacart?

"Fidji Simo will bring enhanced operational expertise and complex problem solving to the business. She is extremely bright, passionate, and caring..."

"Fidji Simo brings a wealth of knowledge to drive ad revenue growth for Instacart and she will put it to good use."

6 Comments on "What will a new CEO’s Facebook experience bring to Instacart?"

Fidji Simok grasps how network effects influence consumption at scale through friends and communities. Instacart will benefit from her knowledge of ads, shoppable content, influencers and livestreaming, as e-commerce gets more social and entertaining. (We could see live cooking classes or fitness influencers recommending foods to help us get ripped.)

Ads will be critical to steal attention and share from grocery leaders.

The value she brings will help Instacart to grow its market share as e-grocery booms worldwide.

Advertising will be an avenue for growth, as it is as virtual as Instacart itself. Suggestive selling and up-selling will increase average basket. Fidji Simo will bring enhanced operational expertise and complex problem solving to the business. She is extremely bright, passionate, and caring while she will most definitely increase advertising revenue just as she did proved having scaled Facebook’s mobile advertising. She took over the team when newsfeed ads had just launched, and now mobile represents more than 80 percent of the revenue.

Instacart wants to be the Facebook (or maybe Google) of the brick-and-mortar retail business. Fidji Simo brings a wealth of knowledge to drive ad revenue growth for Instacart and she will put it to good use. But she has a number of challenges to address as well and she can’t lose sight of the core business.

Simo will likely bring an advocacy for data strategy and user experience. Instacart, like Facebook, is collecting key data on consumers, and the continued success of the brand depends on how that data is leveraged. Considering how good grocers’ proprietary apps have become at achieving a premium user experience, it’s imperative that the Instacart platform is optimized for convenience. I do agree though that advertising will be critical, as competition in this space has reached peak intensity due to the pandemic.

This move reflects that advertising and data are the future growth factors for Instacart. Until now, the lever was acquiring more store brands to present in the app. Instacart has fulfilled that challenge and now has the supply they need to fulfill consumer purchases. The next challenge is to generate a new level of demand from the customers they have. That’s likely to be the new CEO’s target!

It’s a strong indication of where Instacart’s growth will come from. I’m not surprised that retailers are complaining that they are eating into co-op dollars. Another reason why Instacart should be one of many digital distribution channels. If you’re only using Instacart, you’re basically giving away your data and ad dollars.

"Fidji Simo will bring enhanced operational expertise and complex problem solving to the business. She is extremely bright, passionate, and caring..."

"Fidji Simo brings a wealth of knowledge to drive ad revenue growth for Instacart and she will put it to good use."