What white people need to know 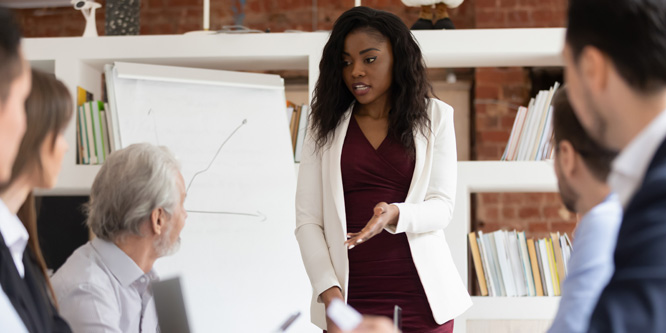 Through a special arrangement, presented here for discussion is a summary of a current article from Frozen & Refrigerated Buyer magazine.

Marcus Adair, VP of sales and marketing at HomeMaker Juice, is a more than 25-year veteran of the grocery industry and often one of the few individuals of color at industry trade shows. In the aftermath of the death of George Floyd and the consequent protests, he believes white people must be willing to have uncomfortable conversations.

“They have to stop assuming and start listening,” said Mr. Adair when asked by Frozen & Refrigerated Buyer for his reaction to what some are considering an awakening for America.

“Just sit down with a minority and let them explain why seeing the death of George Floyd on national TV has become a national cry for all minorities around the world,” said Mr. Adair. “For many, we see ourselves with George Floyd and we all realize that could have easily been one of us. Until white America can see themselves in the very same light, it will be extremely hard to understand why most minorities have such a distrust in the system.”

The lack of diversity in ranks he believes is a clear shortcoming, considering that minorities make up a significant portion of consumer spending. He said minorities “have to fight to get inside the circle” and are often surpassed by less-qualified white counterparts.

“You have to work harder, and constantly prove you belong in a job that you are overqualified for and where you are typically making less money for the same job as your white counterparts. A lot of good people have missed this or either just ignored this,” said Mr. Adair. “White privilege is very strong in America. The social divide in corporate America has constantly stood out to me. These things that people overlook take a tremendous toll on your psyche and mindset. … From an industry standpoint, the good people who are not considered to be a minority must call these things out and no longer remain silent.”

Mr. Adair sees progress but believes society has a long way to go. “More companies are focusing on inclusion now, and those companies are the ones growing the fastest. Companies that have major social and brand challenges are often the ones with a huge lack of diversity at the senior level.”

DISCUSSION QUESTIONS: What lessons should the grocery industry take around diversity and inclusion from the protests for racial justice? How confident are you that the industry is moving in the right direction in supporting opportunities for Black workers?

Please practice The RetailWire Golden Rule when submitting your comments.
Braintrust
"We need to look at corporate workforces, executive leadership, and boards, and commit to bringing in qualified black talent."

"Remember when all the decision-makers in retail were male? Bad idea. A diverse consumer base requires diverse leadership. Very simple."

"This problem is not a single-factor situation. It is complex and subtle. Many are making an effort to change for more inclusion. Some will resist until they die."

12 Comments on "What white people need to know"

It appears that the industry is moving in the direction of diversity. (Without statistics, it is not easy to tell.) It is going to take years for inclusion to become a matter of normal everyday life in America. Blacks are and feel overlooked and even oppressed and whites have never been black, so we don’t really know. This problem is not a single-factor situation. It is complex and subtle. Many are making an effort to change for more inclusion. Some will resist until they die.

Most large retail companies already have a culture of diversity in promoting minority vendors to offer and sell products for their stores. The management of these retailers are very keen on diversity and inclusion as it normally a tenet in what their company stands for. I believe that white people are very keen in seeing what happened to Mr. Floyd was wrong and senseless. While I agree that a lot of work has been done, I do not believe it needs to be forced on white people – they know and they also know what needs to be addressed.

Wow, did you really say “forced on white people? The whole point is whatever is said doesn’t square with what a black person experiences.

Hi Bob, as I noted above, every human being knows what happened and that it was unjust, unnecessary, and senseless. To keep reiterating to non-minority people what happened is wrong is stating what I just said. Does it square with white/black experiences? Not even close, BUT everyone agrees that something needs to be done and they way we do business needs to change and I want to believe in earnest that change will happen for the better.

I am glad that these difficult conversations are taking place. Systemic racism is complex and is deeply rooted in the construct of America. When you consider systemic racism through the lens of Systems Thinking one of the most impactful intervention levers is shifting paradigms. In this case, to shift paradigms you need to be made aware of some ugly truths, shortcomings, and flaws in the “system” in order to understand that change is needed, rallying all. On the flip side of intervention levers is numbers — we need to look at corporate workforces, executive leadership, and boards, and commit to bringing in qualified black talent. They exist.

The injustice and inequity that exist in America is not limited to the grocery industry. It is prevalent across all industries. To create equality and justice requires a mindset that is driven by actions which start with education. It takes corporate leadership to care and want to do something about it. I cannot speak for the grocery industry, but the CEOs of this industry need to wake up and take action to create a corporate culture of of equity and equality, regardless of race, color, religion, gender, gender identity, sexual orientation, national origin, age, and disability. If you are looking for where to start on how to build “social value” then I suggest you reach out to Peter Aranda the CEO of Consortium. He is a great resource on how to build “social value.” Consortium for Graduate Study in Management was founded in 1966 and is a 501 organization dedicated to ensuring the equal representation of African Americans, Hispanic Americans and Native Americans in management careers in the business community of the United States of… Read more »
3
|
-1
-   Share

The week before last, I was walking across 57th Street here in NYC. There was was a line at the entrance of the Chanel store. Actually two lines. One at the men’s store and one at the women’s store. Both lines had young people and all were people of color. I concluded thoughtlessly, “wow, must be a great sale.” The next day I repeated my 57th Street walk and saw the same situation. Then I realized — they were hiring. Clearly a step in the right direction. I am very confident that the industry and the country (and I myself) are moving in the right direction. These protests are so important in highlighting the injustices that most of us take for granted, because we just don’t make ourselves aware. From the Boston Tea Party to Vietnam, protests and demonstrations have moved most of us in a better direction. It is part of America. It is how we shape ourselves. And no protests in the history of the country have been bigger than these.
0
|
-2
-   Share

While the George Floyd murder is a wake-up call about racial injustice, we’ve been experiencing wake-up calls for years. This is the opportunity to say, “Okay, let’s make this right!” Even if we think we’ve been doing it right already, and maybe we have, we need to be more obvious about it. We need to become examples and role models for others. I hope that the effort from protesters yields a positive change for diversity and inclusion for all.

Remember when all the decision-makers in retail were male? Bad idea. A diverse consumer base requires diverse leadership. Very simple.

The protests for racial justice are a cry for help and a cry for change from people (and their allies) who have grown weary of feeling like their lives are disposable. If corporations think for one moment that this sentiment is felt by “other people” (e.g. protesters) and not their employees, they are wrong. First, regardless of past/current efforts on diversity and inclusion, corporations should assume, some, if not all, of their black employees share the fears and concerns that they hear and see in the protests. They should assume that solidarity cannot be properly demonstrated by a finely crafted PR statement. They should assume that some white employees may be confused on how to respond or show support, or even fear backlash for their own personal views. All of these tensions diminish productivity in the workplace and in teams, especially, multi-cultural teams. Corporations should seek to have open, honest and ongoing dialog with employees–all of them. They should require that workplace cultural values be demonstrated from top down, not just plastered on the walls… Read more »
1
|
-2
-   Share

Top-down mandates and policies must be accompanied by grass roots individual efforts to understand and get beyond biases that limit diverse people, thinking and practices.

I’m quite certain I need more education about these issues. I used to believe that sincere good will should be enough. Now I grasp that passivity about racial privilege only serves to perpetuate it. And all this time I thought I was one of the good guys!

On the subject of progress in our industry, it’s clear that the conversation about race is moving in the right direction for many of us. Meaningful actions, however, are lagging.

I believe we (I) can do better. Inclusion policies and training will help. But it takes force of will to undo a reflex. Ideally we will change because we want to. I’ll settle for just adopting new behaviors and discovering the motivation later.

Braintrust
"We need to look at corporate workforces, executive leadership, and boards, and commit to bringing in qualified black talent."

"Remember when all the decision-makers in retail were male? Bad idea. A diverse consumer base requires diverse leadership. Very simple."

"This problem is not a single-factor situation. It is complex and subtle. Many are making an effort to change for more inclusion. Some will resist until they die."