What should retailers and brands do now about a possible coming recession? 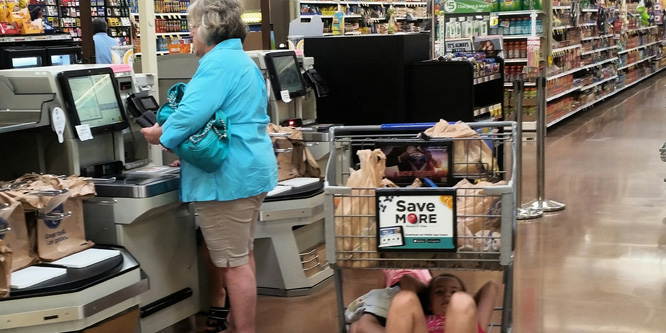 With the stock market on a roll and unemployment near historic lows, how worried should retailer and brand execs be about a possible recession? A newly released BDO “Consumer Beat Study” points out potential reasons for concern, including some volatility in consumer spending in recent months, consumers seeing signs of potential distress in brick and mortar stores and online shoppers being affected by increased online sales tax due to a recent legal ruling.

Millennials are especially concerned. Sixty-seven percent think a recession is likely within the next year and 34 percent are adjusting their spending habits.

Fifty-nine percent of consumers overall think a recession is likely, and 31 percent of Gen Xers and 21 percent of Baby Boomers have adjusted their spending. Meanwhile, 44 percent of retailers are actively planning for a downturn.

In an interview with RetailWire, BDO exec Natalie Kotlyar, who leads the firm’s retail & consumer products practice, said brick and mortar retailers are bolstering their digital capabilities and closing underperforming stores in advance of a potential economic downturn. Pure play online retailers are working to establish direct relationships with consumers, since they don’t have the face-to-face interactions that brick and mortar retailers have.

DISCUSSION QUESTIONS: Are retailers (especially brick and mortar) doing enough to prepare for a recession? What steps can retailers take now to be in better shape when it happens?

Please practice The RetailWire Golden Rule when submitting your comments.
Braintrust
"The tempting play heading into a recession is to show signs of retreat ... But the smart play may be very different."

"They are not doing enough. Every retailer, and it does not matter if they are on-line or B&M, should prepare for a recession."

"Downturns in business usually sort out the good from the bad. It’s like natural selection, the strong get stronger and the bad are eliminated."

9 Comments on "What should retailers and brands do now about a possible coming recession?"

They are not doing enough. Every retailer, and it does not matter if they are on-line or B&M, should prepare for a recession.

Even if no recession is in the forecast, thinking about downturns and ways to increase efficiencies becomes more important and therefor drives preference — these are just business best practices.

Will Rogers said, “Even if you’re on the right track, you’ll get run over if you just sit there.”

The tempting play heading into a recession is to show signs of retreat: Less inventory, cutbacks in customer service, and other customer-forward expense cutting. But the smart play may be very different: Using a recession as an opportunity to gain market share. Not that retailers should be reckless with their inventory levels, marketing budgets or expense management during a consumer pullback, but they should be prepared to show customers that they are in the “execution” game for keeps.

Manage risk! Do not fall into the trap of risk avoidance. Great story telling will be more important than ever. Great story telling will involve novelty/fashion/differentiated product. Customers are not going to reach for their wallets if offered mundane product and presentation. So maybe the retailer offers high novelty/fashion product with slightly narrower breadth. Definitely less depth.

Nothing wrong with selling out of high risk product in a tight market. But above all, continue to tell great stories. Innovation and differentiation can capture market share. Boring and mundane will lose market share.

A recession would accelerate three trends. First, the failure of bad retailers would increase as consumers would disproportionally pull spending from those stores that they are not particularly attached to. Secondly, margins would come under further pressure as retailers resorted to discounting to stimulate demand. Thirdly, the flight to value would become more pronounced, at least for a period of time.

Retailers need to prepare for this now by focusing on profitability, ensuring that they have a value element to their offer, ensuring debt levels are sustainable, and making sure there is flexibility in areas like the supply chain and staffing. Sadly, even this won’t save all. There are inherent weaknesses in the retail landscape which a recession will expose and erode still further.

Downturns in business usually sort out the good from the bad. It’s like natural selection, the strong get stronger and the bad are eliminated. This is not necessarily a bad thing, except for the employees who will suffer from poor management, as when things pick up again the strongest and best are in position to benefit from it and new players will then come into the market. In recessionary times, good retailers are efficient, smart and continue to invest in technology and developments that make sure they are the ones that survive. Tightening up on inventory and improving your supply chain is an easy way to generate savings in costs and improve sales through better availability. The statistics in this article show that empty shelves and poor selection are key to customers going elsewhere and eventually a company’s demise. This is not limited to brick & mortar retailers — it is the same impact for all retailers online and at store, customers will vote with their feet if they cannot get what they want. This… Read more »
1
|
0
-   Share

Instinctively, retailers will start to cut variable costs, which are really the heart of the business, sales people, customer service, inventory, etc. If it leads to a disappointing customer experience, they may not recover.

The online retailer has much greater flexibility because their fixed costs are a much smaller percent of their total costs. They can weather downturns without losing a beat, relative to the customer.

How should brick & mortar retailers react? Don’t cut the heart out of the business. Take the losses because tomorrow will be a better day.

Recognize the opportunity. Many companies overreact to recessions. But even when growth slows, there’s still a huge pie of consumer spending and every retailer can still grow by grabbing a bigger slice. To maintain profits, many brands will cut spending, including marketing and ad budgets. If your competition is dialing back on marketing, it could be a perfect opportunity to gain market share with a smart and focused marketing campaign.

What if they gave a recession and nobody came? Seriously, I’d like to nominate this for the weirdest question RW has ever asked. Yes, of course business should always plan for a multitude of contingencies, but I don’t see planning for a downturn — almost as if it were an earthquake or power outage — makes much sense. All of the things suggested (bolstering digital, improving interaction, etc) are things one should do regardless. If the thought is that businesses should put off expansion, then they have to weigh the consequences of possibly being wrong.

The first question is to truly isolate the effect of Millennials taking their shopping dollars online and traditional brick and mortar retailers are just not fast enough with this trend vs. what is attributable to an economic downturn. In preparation for a downturn, retailers should use promotional strategies to unlock more price sensitive segments and also to drive demand/volume. However, wherever possible, they should protect their premiums for their margin-building SKUs. They also need to protect their brand for when the market does recover. It is much harder to gain brand equity than it is to erode it.

Finally, although I am no expert, managing cash flows and balance sheets would be the next most important in order to ensure that they do not take massive hits when the bottom-out occurs.

Braintrust
"The tempting play heading into a recession is to show signs of retreat ... But the smart play may be very different."

"They are not doing enough. Every retailer, and it does not matter if they are on-line or B&M, should prepare for a recession."

"Downturns in business usually sort out the good from the bad. It’s like natural selection, the strong get stronger and the bad are eliminated."