What makes some ads more shareable than others? 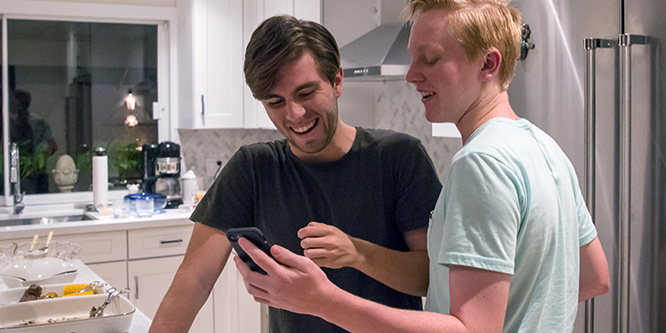 Presented here for discussion is a summary of a current article published with permission from Knowledge@Wharton, the online research and business analysis journal of the Wharton School of the University of Pennsylvania.

A new study from Wharton marketing professor Jonah Berger and Daniel McDuff of Microsoft Research finds that positive emotions result in more sharing, but so do feelings of disgust.

The study evaluated the emotional triggers that make people want to share advertising content. Thousands of participants in five countries were asked to watch a random set of commercials on their home computers while their webcams recorded their facial expressions.

“Self-reports are often inaccurate,” Prof. Berger shared with Knowledge@Wharton. “People don’t always have a good sense of what they are feeling, and even if they give you an answer, it’s not always correct. Further, people sometimes bias their responses based on what they think you want to hear.”

“Consistent with other research we’ve conducted, this highlights that rather than just being about feeling good or bad, sharing is also about the physiological arousal associated with different emotions. Emotions that fire us up to take action, like anger and anxiety (and in this case, disgust) boost sharing, while emotions that power us down (like sadness), decrease sharing,” Prof. Berger said.

For marketers, one implication is that making people feel good isn’t enough to make them share. He said, “You have to fire them up. Make them feel excited, inspired, or surprised.”

Prof. Berger added, “Second, you don’t have to shy away from negative emotions. Because they fire people up, anger, anxiety or even disgust can be leveraged to encourage word of mouth.”

The paper further found some of the emotions that boost sharing don’t necessarily lead to increased sales. Prof. Berger stated, “An ad that shows something gross might boost sharing, but it might reduce the chance people buy the product.”

DISCUSSION QUESTIONS: What’s the mystery behind why some ads are shared broadly across social media platforms and others aren’t? What advice would you have for retailers or brands seeking to create ads that go viral?

Please practice The RetailWire Golden Rule when submitting your comments.
Braintrust
"There are loads of tips to make something more shareable, but going viral is more like capturing lightning in a bottle. But it does begin with triggering an emotion."

13 Comments on "What makes some ads more shareable than others?"

The answer to this question is in the first sentence of this article. It’s the word “emotion.” Some ads simply communicate information. Others evoke emotion. They can make you laugh, cry, anger you, etc. It’s all emotional. That’s what make the connection and creates a desire to share.

Ads that evoke strong emotions, positive or negative, trigger responses from consumers. The emotions that inspire consumers to share ads are similar to those that motivate them to submit online reviews or complete satisfaction surveys. If we, as consumers, are not passionate about something, it doesn’t evoke a response. However if something makes us extremely happy or angry, we feel that our opinion needs to be heard. Retailers that create ads that resonate emotionally with consumers will have the best chance at achieving a viral ad.

In my experience, emotion, and specifically humor are what makes ads go viral. Geico and Hotels.com are two that come right to mind. And yes I’ve shared those on social media.

Ads that are created with the sole intent to go viral often backfire. We saw that recently with the Burger King U.K. ad suggesting women belong in the kitchen. It’s easy to get in trouble when you require readers to look beyond the headline.

There are loads of tips to make something more shareable, but going viral is more like capturing lightning in a bottle. But it does begin with triggering an emotion, either good or bad.

It’s emotion. Not only does a viral ad have a message, but it can recall a memory that made you cheer, made you cry or made you laugh. You will remember those commercials more often than those that didn’t recall emotion.

It would be interesting to see research on what makes TikTok, Instagram Stories, Facebook Reels, and others go viral then compare that to ad sharing. I suspect the factors would be very similar.

The most memorable ads are the ones that are authentic, that tap into our emotions, and create a bond far beyond the transactions or products. We have seen that the most successful Superbowl ads, or holiday ads, are the ones in which the product or brand is not the centerpiece of the commercial. Rather it’s the empathy, understanding, and emotional impact the ad evokes.

With the emergence of TikTok, digital marketing will be impacted the same way that the industrial advertising complex has evolved with digital commerce. Authenticity will become increasingly important as these new social media platforms leverage influencers and other tactics to connect and build relationships with the next generations of shoppers.

It is interesting. I love the “Boom Shacka-lacka” ad. In fact I think I can do the dance routine. It is so much fun that it falls into the ad pit where viewers will not recall the product, but the good fun will be imbedded in their head. However, this ad creates an emotional response in me every time I see and hear it. Soon, I will stop dancing and look for the product.

The ad that literally makes me mad is the Liberty Mutual spots with the Ostrich. Here is the anger: “and you only pay for what you need” is worn too thin and is creating agitation.

Great advertising doesn’t just happen. Once in a great while, some person will simply “think up” a fabulous advertising idea. It’s been known to happen, but it can’t be planned.

Advertising that captures consumer’s attention and are shared virally are the result of a very thorough Communications Strategy steeped in a solid Consumer Insight.

Insights are the fundamental human truths your brand connects with. It’s the human needs, wants or hopes the brand fulfills delivered in a fresh, unexpected way, that is highly relatable and has the ability to break through past other advertising. It’s the “hot-button” that will compel the consumer to share the message with others and act on the call to action.

My advice to create memorable and effective advertising is to research your consumer target, find insights on the category, select the strongest and most appropriate for your brand and own it.

I’m having trouble forming Dr. Berger’s ideas into a coherent advertising strategy, but the idea of “leveraging disgust” I find…well, disgusting: the race to the bottom doesn’t need any endorsements, thank you!

Yes, of course, authentic, relatable emotions are a given for a viral ad. In addition, viral ads speak about universal values that social media-savvy, young generation cares about, for instance:

It doesn’t hurt if the ads are also:

Braintrust
"There are loads of tips to make something more shareable, but going viral is more like capturing lightning in a bottle. But it does begin with triggering an emotion."