What does all the noise around Amazon’s ‘Seller Flex’ program mean? 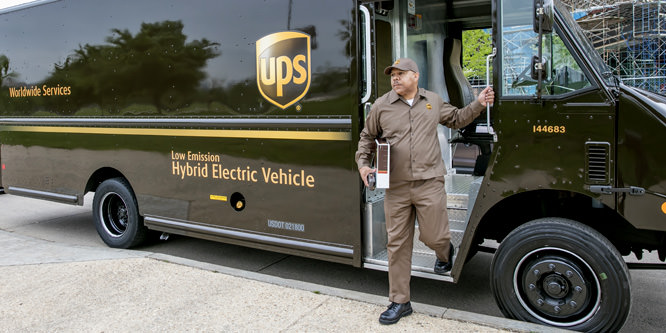 Amazon is testing a new delivery program called “Seller Flex” through which the e-commerce giant picks up packages from its third-party sellers and delivers the products to consumers, according to Bloomberg.

For Amazon, Seller Flex is expected to reduce overcrowding in its warehouses and enable two-day Prime shipping for more of its products. Taking greater control over the logistics of its third-party packaging also promises to give online shoppers a more consistent experience.

In some cases, Amazon will just pick up of packages from sellers. Morgan Stanley noted that, due to the better rates Amazon negotiates with carriers, UPS and FedEx will make less money with Seller Flex on such deliveries if they are purchased through Amazon.

But getting much of the attention is the prospect of Amazon replacing the major carriers for delivery. In a statement released to the media, Amazon said Seller Flex will use “the same carrier partners to offer this program that we’ve used for years, including UPS, USPS and FedEx,” but shares of the carriers were under pressure as news arrived last Friday that some saw the move as another step by Amazon to take more control of the last mile.

In a note, Credit Suisse called the Seller Flex test “more noise than anything of substance” and believes handling such third-party merchant deliveries would largely impact the USPS. But others felt that Amazon may be able to use smaller delivery partners like XPO Logistics and JB Hunt Transport Services instead of UPS and FedEx.

“Given the investments that Amazon is making in fulfillment infrastructure and transportation to support its own retail business, we view it simply a matter of time until they offer these services to third parties more broadly,” Baird analyst Colin Sebastian wrote in an e-mail to CNBC. “This is the same strategy that Amazon has successfully utilized in retail (third party marketplace) and technology (AWS) where they offer as a service the same platforms built to run their business.”

DISCUSSION QUESTIONS: What will Seller Flex mean for Amazon’s retail business? Do you see the launch of Seller Flex as a major step toward Amazon building its own delivery network and taking more control over the last mile?

Please practice The RetailWire Golden Rule when submitting your comments.
Braintrust
"This is another step in eliminating a discordant note sometimes introduced by third-party vendors. "

"It will also allow them to get more embedded into the operations of sellers who are not using Fulfillment by Amazon (FBA), meaning more data."

9 Comments on "What does all the noise around Amazon’s ‘Seller Flex’ program mean?"

Amazon’s most critical differentiator versus both online and brick-and-mortar is their superior delivery and return experience. They just make it too darned convenient and painless to want to go anywhere else. This is another step in eliminating a discordant note sometimes introduced by third-party vendors. Whether Amazon will share that advantage with competitors the way they have SAS is a big question mark in my mind. Admittedly, it would fit the model to date. But these are the family jewels we are talking about.

Seller Flex is only a minor step towards Amazon collecting data to understand whether building a delivery network is a viable opportunity.

In the short run, Amazon will have one more new advantage over 3PLs, theoretically passing on a portion of its low/lowest negotiated rates onto marketplace merchants.

Of course, along the way, Amazon will gain all the data it needs to understand the market opportunity of building its own carrier network. We already know about their work testing drones, so it’s an obvious move.

That said, they are not taking control of the last mile — rather, they are brokering the last mile. Using this model Amazon could quite possibly help the entire ecosystem, creating efficiencies for carriers and merchants.

When I’ve had problems with third-party sellers of goods on Amazon, it’s not been shipping problems — but internal fulfillment of goods or errors in their Amazon listings. At the risk of being a focus group of one, that makes it hard for me to imagine this service will do much to improve the third-party experience.

They clearly got analyst attention. Yet this announcement seems to be closer to their drone announcement (lots of headlines, little substance) than their Whole Foods purchase.

Seller Flex will allow Amazon to maintain the level of service with its customers during demand spikes, sharing the load across UPS, FedEx and USPS. It will also allow them to get more embedded into the operations of sellers who are not using Fulfillment by Amazon (FBA), meaning more data. If they were to scale the Seller Flex program, assuming the role of delivering all of their packages, and were to maintain the same operating expenses as say UPS or FedEx, it could mean the addition of roughly $1 billion to their bottom line (though there are many assumptions there).

The cost to maintain their delivery level of service is material to their bottom line, and the more successful they are the more expensive delivery is. That’s why this program makes a lot of sense for them. Also undoubtedly you would expect them to leverage their assets to their fullest capacity, so expansion into full T&L service offerings seems inevitable.

If anyone thought Amazon was a merchant first, and a logistics company second, think again. Two firsts I believe.

Amazon attempted to solve the problem of allowing merchants to ship directly to consumers while maintaining 2-day delivery with its “Seller Fulfilled Prime service,” launched a couple of years ago. The program is very tricky for merchants to manage though, with 2-day shipping costs through carriers often being prohibitive for large sections of the country, and Amazon imposing impossibly strict performance requirements on merchants in this program.

This seems to be a step in the right direction — under this program, Amazon will presumably take more ownership for the delivery experience even though it will be implemented by the same 3rd party carriers (at least initially). It should be great news for merchants who have their own warehousing and fulfillment capabilities but still want the benefits of having their products be Prime-eligible.

I would say this is another aggressive move by Amazon to leverage its own infrastructure to make more money from the masses. In this case, Amazon will buy its own vehicles, hire its own drivers (until their AI self-driving truck comes out) and connect buyers and sellers on the Amazon platform to deliver the goods.

This would make me nervous if I was UPS, USPS or FedEx. Amazon already makes up a large fleet in most major cities; why not extend the use of this fleet and make more money from it, while also making it easier to handle the Whole Foods distribution chain?

Definitely another measure by Amazon to become fully integrated into the supply chain, keeping costs lower and keeping its infrastructure growth at full tilt.

This is another example for those who still don’t believe Amazon is a supply chain and logistics company first. If brought to scale, this should give Amazon even more purchasing power in negotiating rates with the major shipping carriers, thus lowering their shipping costs overall — which directly affects their bottom line. This is about efficiency masquerading as a customer benefit for the sake of generating good PR that causes analysts to take notice.

This will not have quite the same impact as buying Whole Foods, but a bit more impact than announcing drone delivery experiments. That said, the more Amazon owns the end to end process of delivering goods from supplier to end-user, the better experience they will deliver. Note that this applies not just to their retail operation but also to AWS and any other industry and/or service Amazon decides to enter.

Seller Flex is a step toward Amazon vertically integrating into delivery. But small steps are easy. Similar to Amazon Fresh, this is much simpler to do in contained areas before expanding regionally, nationally and globally. The latter would take years, especially with Amazon’s commitment to customer experience and low tolerance for error.

But even if Amazon doesn’t realize global ambitions in delivery, the potential for it to do so provides stronger negotiating leverage with UPS and FedEx. It then has the choice of passing on shipping savings to consumers, increasing Prime profit margins or reinvesting the savings into building out its own delivery system.

Braintrust
"This is another step in eliminating a discordant note sometimes introduced by third-party vendors. "

"It will also allow them to get more embedded into the operations of sellers who are not using Fulfillment by Amazon (FBA), meaning more data."