Wegmans Getting Out of Cigarette Sales


Wegmans is getting out of the business of selling cigarettes and other tobacco products starting Feb. 10.

That announcement made Wegmans the only grocery chain in New York to stop selling tobacco. The chain also operates stores New Jersey, Maryland, Pennsylvania and Virginia.

“As a company, we respect a person’s right to smoke, but we also understand the destructive role smoking plays in health,” said Danny Wegman, chief executive officer of Wegmans, in a statement.

Ann McCarthy, a spokesperson for Wegmans, told The Buffalo News that Wegmans is getting out of cigarette sales even though the category remains a profit contributor.

“We’re a company who has always taken a leading role in health and wellness,” Ms. McCarthy said. “This, to us, is a logical step.”

“We’re so thrilled that Wegmans has shown this kind of leadership, and we’re hoping that other people will follow suit,” Gretchen Leffler, Western New York regional vice president of the American Cancer Society, told The Buffalo News.

Matthew Myers, president of Tobacco-Free Kids, applauded Wegmans “for putting health and lives ahead of profits from selling deadly and addictive tobacco products.”

Not everyone, however, is applauding Wegmans.

Bobby Daminski, 27 and a consumer who doesn’t smoke, told the Rochester Democrat & Chronicle, “I hear they aren’t going to sell cigarettes anymore because it’s unhealthy, but they sell a lot of unhealthy things here.”

Discussion Questions: What is your reaction to Wegmans getting out of the tobacco retailing business? What will it mean for the chain’s position in the marketplace? Will it appear to be more of an authority on health issues, for example, as a result of this move?

[Author’s Comment]
Target got out of cigarette sales in 1996 and has managed quite well since that decision.


Wegmans will do just fine also because, by and large, better-educated and more affluent consumers tend to be non-smokers. They also happen to be the same people who shop in Wegmans.

18 Comments on "Wegmans Getting Out of Cigarette Sales"

Wegmans is way ahead of the curve on taking advantage of merchandise moves that stir the emotions of most consumers. If anyone was to be first to stop selling cigarettes, Wegmans would have been my guess. They are a fine retailer and very public-conscious. But other “bad” products still remain on their shelves.

Will we ever start reading about retailers who stop selling products heavy in sugar, fats or alcoholic content? Stay tuned.

Herb is entirely correct–Wegmans will take some hits from the smokers crowd, but they’ll get the positive publicity and accolades from the anti-smokers. And the latter will almost certainly outweigh the former.

Even if we know that cigarettes will ultimately be gone from all of the grocery stores (for whatever reason), and the writing is already on the wall, someone has to read it. Wegmans is smart enough to be the first mover and get the positive publicity.

This is just a matter of class. Wegmans is a classy organization and selling cigarettes is not very classy. Sure Wegmans will miss the revenues but Wegmans isn’t always about the dollars.

Bravo to Wegmans. This decision is another example of a brand solidly grounded in its values, displaying the courage to do what is right for its customers. As a highly regarded grocery retailer, Wegmans continues to evolve and lead the way in creating a healthy shopping environment.

The excise tax on a pack of cigarettes in South Carolina is $.07 while in New Jersey it is $2.51. This is a $50.20 difference in taxes for a carton of cigarettes. One can see why cigarette smuggling is a lucrative venture for criminals and terrorists by adding up the numbers. With 24 cartons to a case, a 100 case shipment in the back of a van can bring a profit of $120,480. For the legitimate retailer there is little return when so much money is tied up in prepaid taxes and slim margins are further reduced by shrinkage and high labor cost associated with the handling and sale.

Tobacco is a legitimate product for adult consumers to elect to consume. The problem is, if you held a convention for all the people who want to introduce this product to their own kids, a small closet would probably be adequate. So it is impossible to make a legitimate, growing business of it without addicting young people, largely against the wishes of their parents. Not a survivable business model.

Having said this, Wegmans will obviously take some hits with some smokers/sympathizers. However, if they trumpet this far and wide, I judge that they will get more kudos than brickbats, measured in dollars. So any other retailers thinking of following suit should recognize that the potential for leadership will rapidly recede, as the herd stampedes.

Whatever the reason, Wegmans decision hurts absolutely no one. It does provide a point of reference for the tobacco industry, as I believe this is a first for a major retailer of consumer products. Will it lead to other retailers discontinuing tobacco? We’ll see.

It will certainly lead to more discussion and evaluation. I will bet that category managers have gotten more queries from management as to the contribution of this category in the last week than they got in the last ten years combined. Are the grocers selling tobacco to satisfy their customers or are the selling tobacco to get the lucrative marketing funds from the tobacco companies? I believe Wegmans’ decision will make retail management take a hard look at this category.

A pulmonary physician friend of mine tells me that the hospitals are filled with people who smoke. Some get out, but most eventually have to stay there, unable to sustain any quality of life with their smoking-related illnesses.

Our soaring healthcare costs in America are to a large extent related to the high costs of treating these chronic illnesses. Other social damage includes lower worker productivity and the high costs of health insurance, both of which are killers to businesses and their investors.

Why would any retailer want to be a party to the continuation of this awful legacy?

People who equate sugar content with tobacco smoke have not attached enough significance to the ultimate results.

I think that Bobby Daminski has it about right. What’s next? Certainly it’s the politically correct thing for Wegmans to do. However, now comes the pressure on everything else. Ryan is accurate when he refers to the ‘slippery slope’. Once you have given in, it’s now expected. Cigarettes are legal, wine is legal, beer is legal, liquor is legal, and all are the root causes of many deaths per year. Nevertheless, each required a choice to buy and to use. Wegmans can do just fine without them. As stated, Target has and others do as well. I’ve said long ago that it will become so politically incorrect to sell tobacco that at some point before long their sales will be limited to specialty tobacco stores. While it’s taken longer than I thought, the trend is still heading in that direction. Would their customers accept the same decision on sugar? How about caffeine? Or, maybe beef? I do know an independent retailer that doesn’t sell alcoholic beverages and never has. Their family has its reasons and… Read more »
0
|
0
-   Share

It’s been illegal for pharmacies to sell tobacco in Ontario for at least 20 years and chains have adjusted themselves over time to accommodate that regulation. While selling tobacco is a good volume business, the image that Wegmans cares is far more valuable in the long run. I think its a good move for them and I can see other chains eventually following suit.

Good for them! It fits right in with being “the shopper advocate.” To counter the point of the person who said Wegmans still sells things that aren’t healthy, I’d note that you can eat “unhealthy” foods in moderation, but cigarettes are poison, pure and simple. I quit a 3-pack-a-day habit 25 years ago, and lots of influences taken together (this would have helped trigger the decision) helped me quit. Yes, it helps that the Wegmans demographic is least likely to smoke anyway, but this is still a decision that took some courage. Just a first-class retailer, all around.

If anything it only makes them a more credible source of health and wellness information. What they lose in cigarette sales they’ll make up in other areas. It’s hard to argue with integrity, but it can be a slippery slope.

When a retailer exits a category, they need to find something better. Announcements are often made about new categories to be added, and much more rarely, categories to be de-emphasized. Rarely does the announcement show both sides of the story: listing what’s being dropped alongside what’s being added. The Wegmans tobacco story, unfortunately, fits that mold. The corporate web site makes no mention of the story at all, since the announcement was made to their employees, not the public.

It’s about time someone in the grocer segment had the courage to do this, great move! Both brand right and customer right…as Lee Scott says, “right for business and the right thing to do.”

Wegmans is simply reacting to two forces in the market place. First, convenience stores and tobacco-only shops have been eating away at supermarket cigarette sales for years, suggesting that the retailer is probably not going to lose a lot of sales. These competitors have also driven much of the profits out of this formerly lucrative category. Second, in most of the region it operates–New York, New Jersey, Pennsylvania and Maryland–the state governments are passing stricter laws and harsher taxes than much of the rest of the country. I know they have a few stores in Virginia, where this isn’t the case, but the majority of their stores are feeling the impact of greater government regulations and higher taxes.

Terrific news. I remember when some independent pharmacists began to remove cigarettes due to the obvious fact that they had no business selling such unhealthy products in a location meant to serve the health needs of their customers and the community.

Now that more communities are removing cigarette smoke from restaurants, taverns and other public places, the number of smokers will drop.

Like gas prices, most smokers know where the cheapest cigarettes are found which is usually not at the supermarket. So this should not hurt foot traffic.

The “no candy” family/child friendly check lanes started a number of years ago and remains the first major step by a grocer to help people navigate a more healthful path. These type of commitments–removing the most obvious unhealthy products regardless of sales or profits–are part and parcel of being a real member of a community.

One of the posters asked about announcements of retailers pulling back from all unhealthy foods. Well, not so sure that there exist many foods that do not have some unhealthy aspect to it, possibly beyond organic produce. (And I’m just waiting to hear about the toxins in the water sprayed on organic produce.) And, yes, cigarettes/tobacco have a negative health effect that is not shared with fatty foods and sweets, namely the second-hand smoke issue. I have become acutely aware of that as my 10-year-old daughter has mild asthma and she goes into a coughing fit whenever we enter or exit buildings where employees have been huddled smoking. Double irony is that many of these buildings are medical facilities that house–wait for it–her pulminologist. But getting back to Wegmans, I doubt public health had a huge part in this decision. First, I am guessing they saw a shrinking amount of revenue coming from cigarettes which, like everything else, has to justify their shelf space (even behind customer service). Secondly, as has been said by others… Read more »
0
|
0
-   Share 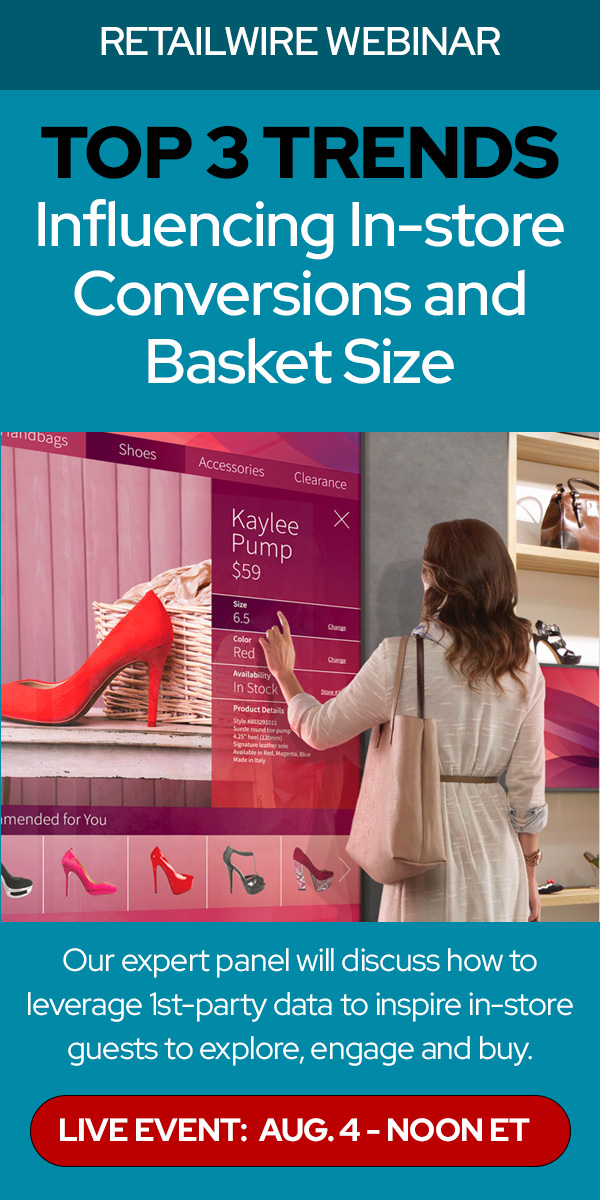