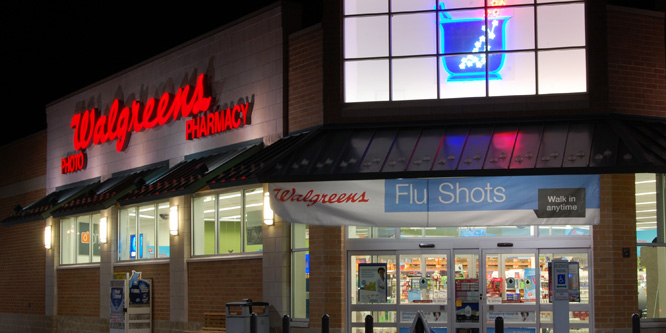 Walgreens pharmacists have complained of being overwhelmed with work to the point of making errors, but a report seems to indicate that this was a message the retailer wanted to keep hidden from the public.

Last year, business consultancy Tata Consulting Services, which was working with Walgreens, discovered stressed-out, overworked pharmacists who attributed their mistakes to unreasonable workplace expectations at the stores, according to a New York Times article. Emails and chat logs, however, reveal that consultants were advised to keep that information out of a report that was presented this month.

Amy Bixler, director of pharmacy and retail operations at Walgreens, directed the consultants to delete a bullet point in a presentation that addressed how pharmacists ignore proper procedure in order to meet corporate metrics. One of the slides which directly addressed pharmacists making stress-related errors was also removed. The deleted slide also indicated that consultants had been told pill bottles were found containing two different medications as a result of such errors. Walgreens claimed that the company learned about the problem informally from interactions at a few stores and that the changes were made to the report to make sure it focused on technology and user experience.

For Walgreens, 2019 was a rough year in terms of stock performance, which some like Yahoo Finance have attributed to the entry of tech players like Amazon.com into healthcare.  Rising prescription drug costs and subsequent consumer shifts to generic drugs, as well as a loss of revenue due to crackdowns on e-cigarette sales, may have also played a role.

The retailer is not alone among pharmacies, however, in facing accusations of putting the public at risk due to the pressure they put on pharmacists, according to the Times. CVS and other major chains have drawn similar heat, with pharmacies described as “understaffed” and “chaotic.”

Walgreens worked last year to disentangle itself from a different scandal — its erstwhile partnership with fraudulent medical testing startup Theranos. In May of 2019, the chain faced a shareholder lawsuit over a perceived failure to vet Theranos, according to Bloomberg Law. Walgreens called for the lawsuit to be thrown out.

DISCUSSION QUESTIONS: Will customer faith in Walgreens be compromised in light of this reporting? What is the appropriate course of action that should have been taken when Walgreens received proof that their pharmacists were being overworked?

Please practice The RetailWire Golden Rule when submitting your comments.
Braintrust
"They need to do better because in the pharmacy there is no room for error."

"Having overworked staff giving out pills is a recipe for disaster – both at the personal level for those effected but also from a PR perspective..."

12 Comments on "Walgreens embroiled in a stressed-out pharmacist scandal"

You can understand why Walgreens wanted to keep this information out of the public domain, but having it revealed that they acted to do so is not a good look! I hope that despite hiding the findings, Walgreens took them on board and tried to address the concerns. Having stressed-out employees is not great wherever they work, but when they work in a critical area such as dispensing medicine it is a recipe for disaster.

I can’t help but think that a lot of these corporate targets and squeezing the business has come about because Walgreens has neglected to grow the top line of its retail operation. Traditionally it masked this with various corporate deals and mergers. However, now that the impact of those has dried up it is trying to engineer profit growth through cost-cutting and efficiency targets. In my opinion, it will not end well.

Wrong meds is an issue my family has had to deal with since a doctor gave my father a drug with a black box warning he didn’t know about and my father died. Mistakes have consequences. Like doctors, we trust pharmacists to do the right thing.

Ignoring proper procedures in order to meet corporate metrics is scary; prescription error isn’t just a mistake, it could cost someone their health. Or worse.

Corporate personnel at Walgreens need a better understanding of what actually happens on the sales floor. Pharmacies are busy and pharmacists need quality time with customers. Walgreens trying to hide this doesn’t give the same warm and fuzzy feeling their commercials try so hard to portray. They need to do better because in the pharmacy there is no room for error.

We all have had bad experiences at a pharmacy at one time or another. I recently had a horrible experience at my neighborhood CVS, but I attributed it to the fact that the pharmacist was not one of the usual pharmacists at that location and it became very obvious. There is usually only one pharmacist and one or two assistants, and when they are not in sync, as they may have never worked together, things can get rather chaotic. When the regular pharmacist came back in the next day, all was resolved. If the medication I was waiting for was of a more critical nature, it could have been a problem, so you would think that standards and procedures should be put in place so that no matter the staff at the time, the expectation is that prescriptions should always be processed quickly but accurately and safely. As to the Walgreens situation, my experience has been that this is an issue that needs to be corrected at all retail pharmacies, including CVS and all others,… Read more »
1
|
0
-   Share

It’s just a really bad commentary on the lengths corporate executives will go to in the pursuit of the mighty dollar. See also: every opioid producer and countless other retailers. Until incentives are changed for corporate executives, this won’t change.

We have embraced a culture of “measure everything” and continuous improvement, that’s OK. However there is the possibility that the standards of performance are set by committees, or by people who don’t have first-hand knowledge of what it takes to do a job properly and safely. Without some reason for improvement like new technology, or methods and processes, at some point you have to ask the question, why should an individual (pharmacist, Amazon stock picker, etc.) be able to improve by a further 5 percent just because it’s a goal? Everyone can’t perform as well as the top 10 percent because our workforces aren’t staffed with just top 10 percenters. There is a floor for performance and productivity levels aren’t going to be improved upon just because we believe they should.

I read the New York Times article in full and it frankly scared me a bit. What I found most concerning was how the pharmacists got better reviews based on how many pills they prescribed and how fast they churn the customers through the door. While I know the pharmacy is a money machine now for these big corporations, having overworked staff giving out pills is a recipe for disaster – both at the personal level for those effected but also from a PR perspective in the macro sense.

This is another example of how groupthink is in conflict with the best interest of both the corporation and the consumer. Of course an enterprise as extensive as Walgreens is putting in place policies that stretch human capacity. The mistake here is not that they pushed the limits beyond what the human could do but that they covered it up. Imagine the goodwill that would have been created if they had said to the world: “Wow, we had a problem. We pushed efficiency too hard and now we are going to change to make it better for our employees and our patients.” That is a human-centric response that we know would be well received by the humans involved. Instead they totally missed the opportunity to be a human company that makes mistakes and fixes them and betrayed the trust they have been working to build with the public. Leadership needs to fall on their swords and put in place some new policies and leaders that deal with ethics in their operations to prevent a repeat.

Hi Erik, I have a minor disagreement — I think that putting in a policy that stretched performance at the expense of safety is also a mistake, just as you note covering it up was also a mistake. Cheers.

Peter, no doubt looking back that is true. Do you think that they intentionally put in a policy that put safety at risk or was it an unintended consequence. The second part of my comment is that creating a human/patient centric culture could help preventing the implementation policy that had that consequence. That is different than just customer centric. I think it is the next evolution in business that takes into account the people that deliver that customer experience as well.

Should it? Probably. (Or at least possibly … I haven’t ready the story so I’ll refrain from speculating further) Will it? Probably not. The reality is a single story, even in the NYT, isn’t likely to cause much excitement. If the story becomes more widely repeated, of course, there could well be fallout.

Again, I have read the news story, let alone the actual Tata report, so I won’t speculate on Walgreen’s situation, and what they should or shouldn’t have done.

No, Walgreens will not lose customer faith over this one issue. However, it does point Walgreens to a solution to correct it by increasing training, reporting and hiring more pharmacists to better address their pharmacy needs.

The Walgreens spokesperson committed at the end of the NYT article to check the metrics. The next question for Walgreens is, which metrics? Are the metrics based on efficiency only or are they balanced by quality of care too?

Are patient satisfaction, pharmacist employee engagement, and professional development included in the metrics? Does field management have the patient care experience to deduce what the metrics are saying?

Most pharmacists are primarily concerned with health outcomes and service quality. But they will bend to the metrics of their organization when pressured enough, unless they are brave enough to speak up and speak out as Walgreens staff has.

Braintrust
"They need to do better because in the pharmacy there is no room for error."

"Having overworked staff giving out pills is a recipe for disaster – both at the personal level for those effected but also from a PR perspective..."