Victoria’s Secret is moving out of the mall 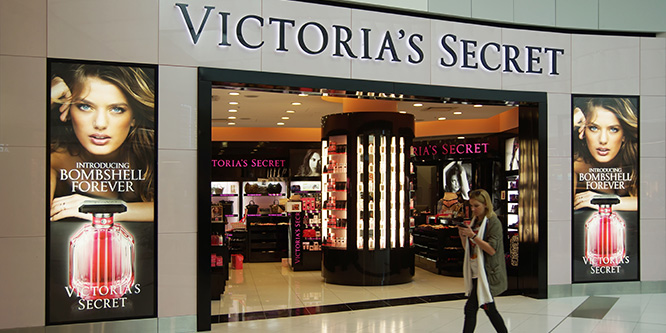 Victoria’s Secret, which is attempting to reposition its business as it heads toward a spin-off from L Brands, has restated plans to move its new stores to standalone locations and away from the malls that have traditionally been its home.

CNBC reports that, at a virtual investor conference yesterday, CEO Martin Waters said the chain planned to test its “store of the future” in three locations this fall. Victoria’s Secret will open one of the three at an unspecified strip center. It also plans to debut 10 other off-mall test stores by the end of next year.

The new stores will sport a new look for the chain, which last month launched its VC Ambassador campaign featuring a wide variety of role models as a means to pivot away from its longtime Angels campaign. The latter had been criticized in recent years for presenting an oversexualized image as depicted by the supermodels who walked the runway of the annual fashion show run by Victoria’s Secret. The new imagery is being brought to stores with mannequins, for example, displaying lingerie in different sizes and shapes.

Mr. Waters, according to CNBC, said that the chain’s new stores will seek to up customer service levels in a more modern and inclusive store environment.

One of the potential benefits for Victoria’s Secret shifting to off-mall locations may be the impact it has on its ability to expand its buy online, pick up in-store (BOPIS) service as well as fulfill orders from its physical locations.

Andrew Meslow, CEO of L Brands and Bath & Body Works, said in May on the corporation’s first quarter earnings call that off-mall locations had produced better results related to BOPIS and fulfillment from stores than those located inside of malls. Speaking for Bath & Body Works, he said that the chain would “be taking into account how to design stores in order to even better accommodate the BOPIS and ship-from-store capabilities” going forward. It’s reasonable to deduct that the same would be true of Victoria’s Secret.

DISCUSSION QUESTIONS: What changes to store design, operations and other areas do you think Victoria’s Secret needs to make to be successful going forward? Is the chain moving fast enough to deal with current challenges and opportunities?

Please practice The RetailWire Golden Rule when submitting your comments.
Braintrust
"At long last, Victoria’s Secret is starting to make the changes which are necessary to turn around the business!"

"VS is finally waking up! Testing new formats is one way to attract new customers and better serve their loyal base."

At long last, Victoria’s Secret is starting to make the changes which are necessary to turn around the business! A pivot away from malls is a sensible move given the mounting pressure on secondary and tertiary locations. Near to us, we have a Victoria’s Secret in a popular outdoor mall and it is always reasonably busy from passing footfall. However the problems run far deeper than just location, which is why a move to change the brand image, including testing new store formats, is a critical part of the reinvention.

We have a Victoria’s Secret store at the local enclosed mall and at the outdoor mall about five miles away. Both are frequented heavily by teenage girls. If Victoria’s Secret moves away from shopping centers – indoor or out – it needs to take into consideration its customers’ ability to get to the stores. I know Victoria’s Secret has older customers as well but from my observations shoppers tend to be on the younger side.

Great point, George! Locations really do have to be accessible for the younger shopper. The outdoor one near to us has good public transport links and is walkable (if you want to walk in the Arizona heat!) from some nearby residential areas!

According to the CNBC story, about 4 in 10 of their stores are ALREADY in C-level mall or “other” locations — presumably the very type of access-starved locales you’re leery of — so perhaps the bigger part of the story is the layout and design, rather than location changes.

Many of their stores still resemble boudoirs so the design will obviously need to change and I have no doubt that it will. What I am talking about is placing stores in locations that are easily accessible to your core customers. Shopping is social for young women. If they like to hang at the mall, be at the mall.

Given Victoria’s Secret’s dramatic brand promise shift toward women’s empowerment, job one is to reinforce that message in its brick-and-mortar stores, wherever they are located. The company would be wise to focus on implementing diverse hiring standards and from there, to ensure that everyone from girly girls to tomboys, and of all shapes and sizes, feel at home in its stores. It’s a tall order yet stores are where the company can clearly articulate that it isn’t your mom’s Victoria’s Secret. BOPIS, ship-from-store, retail-tainment, services — all will no doubt be in the mix at some point. For now, getting the story straight and keeping it consistent should be the primary focus.

Choosing new locations based on the ability to accommodate BOPIS and curbside pickup is interesting for an apparel retailer. Victoria’s Secret products typically require trial and fit tests, so I hope these decisions are being made knowing confidently that their shoppers want to order online and pickup in person. If there’s great potential for the brand with omnichannel, stores will need to dedicate more space to BOPIS arrivals so that the pickup is efficient. Right now, a lot of product is housed on the floor. If stores are going to be more of a pickup destination than a shopping space, the backroom will need to become more spacious and organized. Store floors should be dedicated to guiding up and cross-sell decisions, and sales associates will need to be available for fulfilling and handing off orders to shoppers. This will be a very different model from how the brand has been operating.

Changing locations is a start, but until Victoria’s Secret changes its current soft-porn image to something more inclusive and accessible, physical locations are not the most critical factor for success.

Millions of teenage boys who hang out in malls will be very disappointed. 🙂

I’m not sure Victoria’s Secret as a standalone store makes sense any more. They have a good product mix, and their cosmetic and beauty products are quite good, but with so much competition from other online and offline businesses they have an uphill battle to attract customers regardless of where they are located. They would stand a far better chance as a branded store-within-a-store with a company like Kohl’s. This would help elevate customer awareness of their beauty products, and expose them to a more consistent and broader customer traffic without the high cost of operating their real estate.

I applaud Victoria’s Secret’s agility to change its approach and access to its customers. Smaller footprints, locally accessible, and away from failing malls and constraining operating hours controlled by the malls themselves just makes sense. Designs will incorporate more warehouse space in-store to further support order fulfillment and service. All good things. Cross location synergies in work and workers, as well as product, will only bolster the Victoria’s Secret brand.

VS is finally waking up! Testing new formats is one way to attract new customers and better serve their loyal base. Expect to see other new initiatives following on the heels of their big rebranding campaign.

Retailers need to think like their customers and make sure they have a well-defined unique selling proposition. In the case of VS they need to, of course, try new things but not get distracted by what everyone else is doing. They have a unique and loyal customer base, and they are beginning to not respond to who they are.

Malls need to rethink their strategy and purpose and so should stores. This is a great move for Victoria’s Secret and this will give them an opportunity to be relevant again.

They also need to revamp their store assortments, listen to their customers about what they want in terms of inclusivity and diverse product ranges, and take a good look at who represents their customers from a leadership/corporate perspective.

Location Location Location! The work for them is to mine the correct locations for new or moved stores. The “mall” is dead; unless it is an “A” level mall, forget it. What they need to do is focus on the correct location. We lost a small Party City in the same strip center as a Target — BOOM! Look for Target or Kohl’s, or take part of Kohl’s space that they are so anxious to get out of and place a VS there!

The location is everything in my mind. They have the ability to have great merchandise — that is not a problem — but the location is the thing and with all the closures over the last 2 years, there may never be a better opportunity.

As the anchor department stores have struggled across the mall sector, Victoria’s Secret is taking the necessary steps to pivot and shift to the off-mall locations. While having a mall presence will still be necessary, Victoria’s Secret should go to where the customers are. Along with this shift, the new inclusive branding, accessibility, reimagined assortments, and other customer-first strategies will enable the firm to transform the brand and position the firm for long-term growth.

These are the first steps for the ubiquitous brand to regain some lost equity and drive messaging and content to drive that reimagined inclusive brand promise. In addition, a digital-first model, where BOPIS is leading the way to seamless fulfillment strategies, will connect the physical and digital commerce experiences.

Braintrust
"At long last, Victoria’s Secret is starting to make the changes which are necessary to turn around the business!"

"VS is finally waking up! Testing new formats is one way to attract new customers and better serve their loyal base."