UK retailers try to top themselves with 2020 Christmas spots 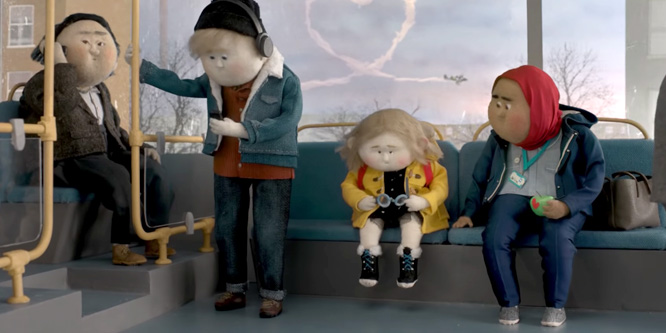 When you’re good, you need to get to great to top your previous performance. That is certainly the case for the two spots from UK-based retailers we’ve chosen to feature in the latest installment of RetailWire’s Christmas Commercial Challenge.

First up is Hafod Hardware, a single store family business in the town of Rhayader, Wales. The store’s 2019 spot, shot by owner Tom Lewis Jones, featured his young son, Arthur, playing the role of the shopkeeper. The commercial was notable for generating millions of views on YouTube while being produced on a shoestring budget. This year’s Christmas spot, also a low budget affair, hasn’t generated the buzz of last year’s commercial but its message is certainly in keeping with the spirit of the season while speaking to the circumstances of the moment.

Spot number two is from John Lewis & Partners. The department store and Waitrose, its grocery sister chain, has already generated nearly four million views on YouTube as the retailer tries to live up to its reputation for producing the best (or darn close to it) Christmas commercial every year. This year’s spot includes both live action and  animation, as did the chain’s 2019 “Excitable Edgar” commercial, which was viewed more than 10 million times on the social media site.

DISCUSSION QUESTIONS: Do you think the messages of “giving” in the Hafod Hardware and John Lewis commercials will resonate more with consumers this year than in past holiday seasons? Which of the two spots is more effective in your mind?

Please practice The RetailWire Golden Rule when submitting your comments.
Braintrust
"Although tough to squeeze into traditional U.S. 15-30 second spots, both are really great and made my day."

"The Christmas adverts this year are all a little softer, more compassionate than in previous years and that is very appropriate for the times and how people are feeling."

"These are two sweet and highly-creative mini-movies — with very different budgets. Will either of them help sell anything? Hard to say..."

These are both very clever and creative commercials. The Waitrose message about “everybody giving a little love” seemed to resonate more with the current emotional challenges everyone is facing with the pandemic. We all need a little love to lift our spirits. Both the commercials are very long and hopefully they can create a shorter version for TV airing that can capture the same message.

I must be commercialed-out because neither one of these spots really did anything for me. Don’t get me wrong, I appreciate the sentiment, but almost every holiday commercial this year has a similar theme and they are starting to run together.

I love the theme of the Haford Hardware spot and the little boy looking for gifts for his parents. The kid is adorable, and the low budget photography worked as did the tagline “give what you can.” But it was a little long and I didn’t get the gift-giving spin until well into it.

The animation in the John Lewis spot was cute but it didn’t really put me in the mood for Christmas. Maybe I’m just over holiday commercials that pose as mini-Hallmark movies. I don’t have a favorite but if I had to choose I would pick Haford Hardware for the win.

I hope so! If ever there was a year for more heartfelt ads, this is it. Although tough to squeeze into traditional U.S. 15-30 second spots, both are really great and made my day.

This has been a year for questioning what is important. As such, the softer messages of these advertisements, as opposed to overt commercialism, will resonate with many consumers.

They are both great spots and both convey slightly different messages. However the John Lewis and Waitrose spot gets my vote. The concept that giving love is circular is good, and I like the way it is told through the story. The advertisement is also being used to raise money for charities, which is a nice gesture.

Hafod Hardware shows how simple joys and everyday abundance help us overcome the pandemic. The boy’s mischief and innocence will resonate for anyone with a son. (He even wrapped each egg!) The spot celebrates giving with a spirit of love to turn simple offerings into cherished treasures. It also helps that the independent also stands out for its authenticity as a trusted family brand.

John Lewis & Partners celebrates the ripple effect of random acts of lovingkindness. Giving with love and helping others spreads cheer and promotes community and inclusion. It’s a timely message for a trying year, effectively reflecting so many 2020 themes that retail companies face.

A couple of ads that attempt to convey the message of giving. I don’t think either will make the final round. John Lewis would seem to resonate more with its customers.

Both ads are great at conveying the sentiment of giving that just about everyone wants and needs to hear this year more than ever. It is getting more and more difficult to distinguish such ads as so many of them are starting to run together. That said, the Haford Hardware ad does a nice job of reminding everyone that it’s the spirit of giving that matters more than what you give. The John Lewis ad reminds us that acts of seemingly random giving have lasting effects that can come around again in a circular manner and make more people feel good than originally intended. I give the nod to John Lewis for giving us that special detail about why we should be in a giving spirit.

I hate to be the Grinch but while I liked the themes of both commercials, neither would be my choice for the final round. Of the two my vote would go to the John Lewis ad.

The Christmas adverts this year are all a little softer, more compassionate than in previous years and that is very appropriate for the times and how people are feeling. People have been very generous this year trying to help each other out, shopping local and giving to charities so the message in both ads is appropriate. Very different production budgets but both great at getting the message across, I love the very personal feel of Hafod but John Lewis always come up with beautiful Christmas ads and have done it again this year. Congratulations to both.

Both commercials do a good job of giving, Hafod’s in the eyes of the little boy and John Lewis in the eye of the story. Good commercials in this year of the pandemic.

Holiday commercials are softer and sweeter this year. I liked that both featured kids, sensitivity to others and giving when you can, but feel neither comes close to their 2019 spots.

I believe the John Lewis/Waitrose commercial is more engaging and viewers will enjoy it and watch whole many times over. It’s a timeless holiday message with many charming details, and it’s memorable. It’s what you expect and welcome every year from the retailer.

The effort by Hafod Hardware, well it’s a long set up that lacks engagement, will not earn multiple views, and ultimately delivers a preachy message that while contemporary is not one consumers want to be reminded about — they are already living it.

Am I a Scrooge if I say I didn’t particularly care for either one? (If you say “no” I’ll spare you a rant about kleptomaniacal children….)

Seriously though, my reaction is much the same as with the previous UK entries: fine as PSAs, but less successful as ads; Lewis wins by default for at least putting their name in a few places.

Is this a cultural thing? Perhaps, but I find it hard to believe people anywhere would sit thru an almost three minute commercial unless they were preconditioned to expect something (of course the fact that they might be could be evidence of the store’s success … over time more than one season).

These are two sweet and highly-creative mini-movies — with very different budgets. Will either of them help sell anything? Hard to say, their calls to action are mostly emotional, and they are both quite long (at least by American TV standards).

Braintrust
"Although tough to squeeze into traditional U.S. 15-30 second spots, both are really great and made my day."

"The Christmas adverts this year are all a little softer, more compassionate than in previous years and that is very appropriate for the times and how people are feeling."

"These are two sweet and highly-creative mini-movies — with very different budgets. Will either of them help sell anything? Hard to say..."