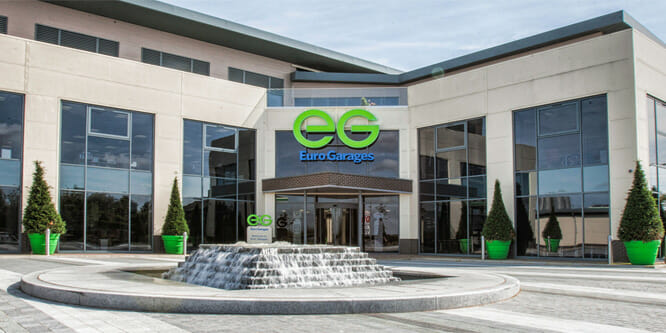 The Kroger Co. didn’t sell its convenience business to Casey’s General Stores, after all. Yesterday, the company announced it had agreed to sell its business to EG Group, a privately-held convenience retailer based in the U.K., for $2.15 billion.

“We have had much success across Europe and we firmly believe the Kroger assets present a fantastic foundation to overlay our retail experience and know-how in the U.S.,” said Mohsin Issa, co-founder and co-CEO of EG Group, in a statement. “We are committed to investing in the Kroger network, partnering with leading retail brands and working with the exceptional management team and associates transferring across to deliver a comprehensive retail offer.”

“Our business model is simple but effective — EG Group is creating a stronger relationship between consumers and leading retail brands they want to access,” said Zubba Issa, the other co-founder and co-CEO of EG. “In the U.S. we aim to create a retail environment which delivers convenience, provides value and serves as a retail destination.”

EG Group, which generated $14.5 billion in annual sales before acquiring the Kroger properties, currently operates stores in the U.K., France, The Netherlands, Belgium, Luxembourg, Italy and Germany. Between its European and U.S. businesses, EG will own and operate around 4,400 stores. The Issa brothers were both named as the European convenience industry’s “Leaders of the Year” by NACS in 2016. The two began their business with the purchase of a single gas station in England in 2001.

Kroger plans to use proceeds from the sale of its convenience business to repurchase shares and lower its debt. The deal is expected to close by the end of May.

DISCUSSION QUESTIONS: What do you expect EG Group to do with the properties it is acquiring from Kroger? Will EG become a top competitor in the U.S. c-store market? Will the sale of its convenience stores help Kroger fortify its grocery business?

Please practice The RetailWire Golden Rule when submitting your comments.
Braintrust
"if there is one thing Lidl has taught us it is that U.S. consumers differ from U.K. consumers and a cookie cutter business model won't work stateside."

"Whatever you do, don’t underestimate the owners of EG Group, Mohsin and Zuber Issa."

"The real question is will EG listen to its “local” management? If it does, it has secured a significant base to build upon."

14 Comments on "U.K. group has big plans for U.S. after buying Kroger’s c-stores"

I’m not sure yet what EG Group has planned for the U.S., but it does seem clear that this sale further frees up Kroger senior management to focus on their core grocery business. I expect to see Kroger use some new cash and increased focus to invest in additional technology to simplify their consumers’ lives.

I love these comments about core grocery business. The reality is that c-store IS the core grocery business! But only a few retailers are willing to recognize the HARD fact that more shoppers leave their stores with only a single item, with two being the second most common number of items purchased. In fact, HALF of all grocery shoppers buy five or fewer items! (Even at Walmart!) But then, why would an industry targeting “the stock-up shopper” care anything about that? Never mind that at its core, brick-and-mortar retailing is about communal, neighborhood pantries that largely deliver the big head items, but with a massive long tail. The long tail is VERY attractive to shoppers who just maybe might sometime need to buy something from it! Unfortunately, BURYING the big head in it is a surefire way to suppress sales. (Common merchandising strategy!) The subject is too long to address here, but companies with massive brick-and-mortar retail success in their individual stores ARE big head-only stores. Costco — 4,000 items delivering up to $1 million… Read more »
2
|
0
-   Share

The benefit for Kroger is obvious: it gives the company capital to invest in the core business, including revamping stores and improving technology. Part of the windfall will also be used to buy back shares; this will keep investors happy, though I can think it would be more prudent to invest such money in the long-term future of the business.

Since being acquired by TDR Capital, EG Group has been expanding rapidly, both in the U.K. and Europe. For them, this acquisition is an entry point to the U.S. market. EG has done some innovative things in the U.K. and has upped the standards of convenience retail at gas stations. It has been particularly successful in partnering with third-party retail and foodservice brands to create compelling offers. The U.K. market is extremely tough, so EG’s success suggests it has both retail and operational expertise. My reservation is that dynamics and consumer demands are somewhat different in the U.S.; so EG Group will need to adapt its model slightly.

The C-store business model probably did not fit well with Kroger. While I am not familiar with the EG Group, they certainly have confidence that they can export their operating process to the U.S.

The other side is that the C-store channel should be looking for continued growth as more and more shoppers go online for basic needs and choose C-store as an emergency fill-in.

With regard to Kroger, they have decided that the best investment they could make with the proceeds is to buy back stock and pay down debt. That tells a compelling story on how they view the opportunities in their own business.

Interesting twist. Clearly Kroger is trying to free up cash to “do something.” I won’t pretend to know what that is, except that it is changing its position from where it is now to something new.

All of this feels a bit frenetic — I thought that teaming up with Alibaba to make online/offline purchases more fluid would have lent itself to convenience stores and a more curated approach to its customers. I had hopes of a large Kroger multi-channel approach that would make every Kroger c-store a destination for pickups and local products. (Whole Foods left that wide open for you, Kroger!)

Having said that, it’s tough to be the largest grocery chain in the country and watch Amazon and Walmart encroach on their territory without making significant movement.

First grocery now c-stores; the U.K. continues its expansion into the U.S. EG has built a strong presence in the U.K. to date but if there is one thing Lidl has taught us is that the U.S. consumer differs from the U.K. consumer and a cookie cutter business model won’t work stateside.

Competition continues to grow in grocery and there’s no time for outside disruptions. With Kroger free of the c-stores they can now focus on the digital and in-store experience and put all their resources into building out the omnichannel.

The convenience wars are heating up! First 7-Eleven reaches into Europe, now EG Group reaches into the U.S., both buying thousands of stores. I definitely think this move will free up Kroger to focus on its core value proposition, but I am much more interested to see how the convenience landscape evolves in the near future.

EG Group has a very good European pedigree in the form of its investment in the likes of Spar, KFC, Go Fresh and Starbucks. I have seen their European c-stores and some such as Spar do a very good job in their respective markets. The c-store business in the U.S. is moving more toward foodservice and away from the strictly petrol forecourt on which EG, which stands for Euro Garages, has focused on for years. If EG can leverage its expertise and learnings from the foodservice businesses it has acquired, the transition to the U.S. may be less challenging. Its $14.5 billion in annual sales underscores its successes to date.

For Kroger, the c-store business was a distraction. Now it can invest its time and the resources from this sale in its flagship business.

Whatever you do, don’t underestimate the owners of EG Group, Mohsin and Zuber Issa. They started out inheriting a single derelict fuel station from their father in 2001. The Group is now the largest independent fuel retailer in the whole of Europe and with the Kroger acquisition the company generates $18.5bn. That’s an astonishing achievement in the space of 17 years.

The business knows pretty much everything there is to know about convenience retailing and they’ve made strong, high-profile partnerships with companies including SPAR, Starbucks, Burger King and KFC. I expect EG Group to be successful, there’s no doubt about it, and I would expect them to act fast too.

EG will have a tough time of it in the U.S., if history provides a good benchmark. Most of the European operators who tried to invade this market failed. Aldi of course is the big exception. Starting with existing stores is a different approach, so it might work. Depends on how much they muck up the stores.

On the other side of the deal, chalk this up as one more smart move by Kroger. Repurchase shares and reduce debt? OK, I’ll buy that. And I think they’ll be buying something too. Soon.

The ball is in the air for Kroger, and I hope the shopper catches it. Better yet, I hope Kroger invests in the shopper experience and doesn’t just buy back stock and pay down debt. Shoppers are adrift today, and with 45% of US households holding an Amazon Prime membership, are steering the ship away from Kroger. Lots of work ahead for Kroger to make its stores and the shopping journey more meaningful.

With their small footprint and (convenient) large store network, C-stores have an upper hand over traditional grocers, given the food/meal shoppers’ current trend.

Kroger was one of the few supermarket chains that was able to truly be successful in its c-store business. How? It realized that c-stores and supermarkets may appear to be in the same industry, but they are not. It allowed each of its business units to operate without undue interference from its headquarters. It did begin consolidating some of its back-of-the-house functions to achieve economies of scale, but each unit had its own management team.

Will EG Group do the same? Not so sure. They are already on the c-store business but c-store/retail fuel in the UK and Europe is different than here in the U.S. Most retailers who come to this market assume what works there will work here. Sometimes it does, but more often it doesn’t. The real question is will EG listen to its “local” management? If it does, it has secured a significant base to build upon. If it doesn’t, it invested a lot of money with an uncertain ROI.

Just last week we discussed the perils — and promise, too, hopefully — of entering foreign markets. One of the points discussed was the dander of hubris, and so today we have what might be considered an immodest statement of the SWOT of their business model. But of course I don’t know the Issa brothers, and it would be wrong of me to presume of them, or wish them anything other that good luck.

Braintrust
"if there is one thing Lidl has taught us it is that U.S. consumers differ from U.K. consumers and a cookie cutter business model won't work stateside."

"Whatever you do, don’t underestimate the owners of EG Group, Mohsin and Zuber Issa."

"The real question is will EG listen to its “local” management? If it does, it has secured a significant base to build upon."