The scalpers who stole Christmas 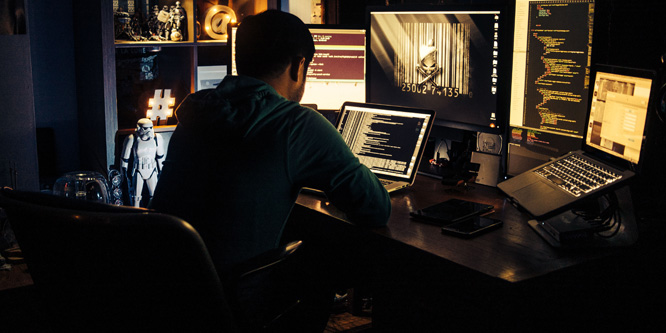 It happens every Christmas. Some fad toys get hot (remember Tickle Me Elmo and Furbies?) and profiteers scoop in to buy and resell at astronomical markups online. This year, so-called scalpers have brought a whole new level of technological sophistication to their operations with even more pricey consequences for adults simply looking to get their kids the toy they really, really want.

The recently-released Playstation 5, a hotly anticipated console for gamers, is being bought up by scalper bots and resold at dramatically higher prices and at faster rates than retailers like Walmart can match, according to an NBC News report.

Since there is no law against automated, bot-powered reselling of products purchased at retail in the U.S., as there is for concert tickets, retailers are essentially on their own when trying to protect themselves from scalper bots and make sure their customers have a crack at products before flippers get them. Target and GameStop have implemented tech solutions to keep bots off of their websites. Nike, whose limited edition sneakers have a dedicated collector base, making them a favorite for flippers, combats resale bots by giving members of its loyalty program the chance to reserve new products for in-store pickup.

Pandemic-era circumstances appear to be making the problem more severe from both sides, with more consumers trying to get hot items online rather than in-store and more flippers in need of a quick buck due to adverse economic circumstances.

In the recent past, other retailers have taken different approaches toward the growing issue of online flippers.

In 2014, Lululemon began banning customers who were caught reselling on eBay from shopping Lululemon online, according to Mashable. The chain quickly relaxed the policy after receiving customer complaints.

More recent developments point to perhaps some honor among resellers, at least in some niches.

At the time of the sudden, tragic death of Kobe Bryant earlier this year, for example, some sneakerhead resellers either locked in prices on the former Lakers star’s products or stopped selling them entirely for a period, in order to avoid profiting unfairly from the tragedy.

DISCUSSION QUESTIONS: What are the best methods that retailers can use to combat the use of scalper bots? How important is it that retailers take action in this area in order to maintain customer goodwill?

Please practice The RetailWire Golden Rule when submitting your comments.
Braintrust
"They’re able to shift their attack quickly, and retailers must focus on containing them until they’re able to do the same."

"Whatever tactics the retailers attempt to employ, caveat emptor!"

"Scalper bots hurt retailer brands because they impact the experience of the consumer, making it nearly impossible to buy limited edition products."

17 Comments on "The scalpers who stole Christmas"

One method of ensuring fair distribution is to allocate stock to physical stores and put in place purchasing limits. It won’t completely eliminate people buying and reselling, but it makes it significantly more difficult. Of course, at this point in time that is a little more challenging than usual.

Scalper bots are extremely difficult to differentiate from real customers and they can topple your network (see: Walmart’s PS5 release). This makes the challenge more complex. There are now several tech firms that offer monitoring software to help mitigate attacks, but when it comes down to it – the thing that beats scalper bots (right now) is to limit technology. Waiting lists and customer purchase limits are the most affordable option to retailers – right now. I’ll keep saying “right now,” because part of how scalpers win is by evolving. They’re able to shift their attack quickly, and retailers must focus on containing them until they’re able to do the same.

Battling the bots is a very difficult challenge we face in many areas of our lives, including, of course, retail. While I do think taking some action to minimize scalping is important to brand image, I think we must also recognize that there is a conflicting imperative to sell more stuff. I am not sure that too many retailers are highly motivated right now to slow down sales in any way, even if there is some risk of damage to the brand in the short run…

I don’t think you can stop it. Putting purchasing limits in place means scalpers will buy from multiple locations and sources and create multiple accounts with different names and addresses. While it would be nice if the retailer could stop it, it will take laws. While I haven’t taken a deep dive into it, perhaps the ticket industry (sports and entertainment) is a good place to study.

I actually saw GameStop trying to combat bots with a special PS5 package that had instructions which had to be followed and executed at the physical stores. Otherwise, I believe it is hard to get in front of the bots.

It’s hard to stop because it isn’t illegal to purchase. The only way scalping can be reduced is to impose strict buying limits. i.e., one item per address or one purchase at a time in a physical store but, again, it’s not retail if you are not selling.

Why manage the problem in isolation? Retailers are not the only ones facing the problem. Find out what the ticket industry and any other industries have done. This is not an isolated problem. Share, refine, and adapt solutions.

Retailers do need to take action — this scalping has been around for well over a decade as eBay and other outlets have created (unintentionally) an easy black market for the goods.

The most a retailer can do without support of the manufacturer is to limit purchases — as retailers have done with pandemic supplies. It’s a smart system to create.

That said, manufacturers could help by embedding serial numbers or other identifiers to help retailers know where the goods bought from their stores have gone.

Will they? I’m not so sure. Despite the individual trauma when a family can’t find the gift they wanted, scalping hasn’t seemed to drive any major thread of dissatisfaction with either the manufacturer or retailer brand.

Whatever tactics the retailers attempt to employ, caveat emptor!

In pre-digital times, we used to call unauthorized re-selling the “gray market.” Except it was often a way to undercut manufacturer suggested retail prices, especially on fashion goods. Certain distributors specialized in this practice, and some retailers took advantage, to the dismay of manufacturers.

Ever since the Beanie-Baby era, digital entrepreneurs have cherry-picked collectibles and other items in high demand. This allows even individuals with limited capital to become high-margin resellers on Amazon or eBay. Scalper bots scale up the practice and make it more predatory by boxing out regular shoppers and creating more item scarcity.

While it can be frustrating for individual shoppers who can’t obtain a hot holiday item at a fair price, retailers face a conundrum: Scalper bots lead to faster sell-throughs, but at the expense of shopper satisfaction.

For retailers, some digital countermeasures may be available to thwart bot-shopping. How to communicate about items that go out of stock to shoppers is another challenge. Blaming predatory resellers may be too much of an admission of incompetency — not a path to trust.

Despite the growing sophistication of bots, many retailers still rely on traditional signature-based recognition methods that utilize a static database of known bad bots. This is ineffective because modern bots are quick to morph. Bot management solutions that monitor the basic environmental information of website users — IP addresses and service provider information — and the volume of traffic coming from these sources can be effective in detecting scalper bots and differentiating their behavior versus that from humans. Solutions that employ machine-learning models and predictive analytics to detect and block increasingly sophisticated scalper bot attacks are more effective — especially those that go beyond known signatures to identify as yet unknown bots. Scalper bots hurt retailer brands because they impact the experience of the consumer, making it nearly impossible to buy limited edition products. Consumers are forced to pay highly inflated prices on secondary sites which are often run by sketchy third parties. This experience negatively impacts brand reputation and long term brand affinity, so it is imperative for retailers to take action to preserve… Read more »
4
|
0
-   Share

“Nike, whose limited edition sneakers have a dedicated collector base.” One has to laugh (sigh?): their own policies are designed to assure (sky-)high prices, and we’re supposed o criticize the resellers of them?

Merchandise arbitrage is a difficult aspect of retail, especially given that pushing it back down the supply chain, retailers do the same to manufacturers who do the same to raw material companies. So ethically, is it wrong to try to sell something you found in a different channel at lower cost? The best options retailers have include staggered release of inventory, so the arbitrageurs are unable to buy up all the inventory. Other options might include introducing at a higher price point online and then rolling out in physical stores at a later point at a lower price point. Once customers understand the pricing change, they’ll go to the retail brand names instead of eBay to buy. Purchase limits and distribution can help reduce the challenges. Frankly however, the retailer shouldn’t care who buys their product, bot or not. If they’re smart about pricing and setting up their inventory, the retailer will still earn a profit. It would be on the manufacturer to meet higher demand. There were a ton of copycat fidget spinners last… Read more »
1
|
0
-   Share

I think it is a constant technological battle especially with retail moving rapidly online with COVID. One way of slowing things down is to allocate to store and provide additional authentication to differentiate true customers from scalpers. Another way is to tie to loyalty program data and tracking interaction over time to give the retailers best customers (not one that buys 5 new units every new release) the best shot at getting a unit.

One of the things I remember most from business school is the loosely regulated study of business ethics. For every “no, that’s now allowed” there was an equally ambitious “unless you do this.” Flippers are not held to any corporate ethics, so, honestly, the bar is low on how much profit is too much profit. You have to appreciate the rare few willing to uphold some standards, but those exceptions are shy of the norm. Buying early, encouraging curb-side pickup and explaining why might give retailers, and consumers, a modicum of defense.

I’ve been in the market for a console for my nephew and needless to say, he will be sadly disappointed this year. Wish there was a way for me to post the Twitter posts I screenshot off of the Walmart Canada account. Definitely a poor customer experience for shoppers.

I’m surprised Walmart or any of the other players haven’t taken a page out of the viral DTC brands that launch mega campaigns online. When I bought a gift for a friend during the Fenty skincare launch, they had a queue feature that allowed online shoppers know their estimated wait time and keep their place as long as they stayed connected. Waited 10 minutes, worked like a charm even at the peak of the launch period. If bots are a concern, surely it would be possible to add a standard captcha-like validation prior to entering the queue.

Braintrust
"They’re able to shift their attack quickly, and retailers must focus on containing them until they’re able to do the same."

"Whatever tactics the retailers attempt to employ, caveat emptor!"

"Scalper bots hurt retailer brands because they impact the experience of the consumer, making it nearly impossible to buy limited edition products."