The positive power of negative reviews 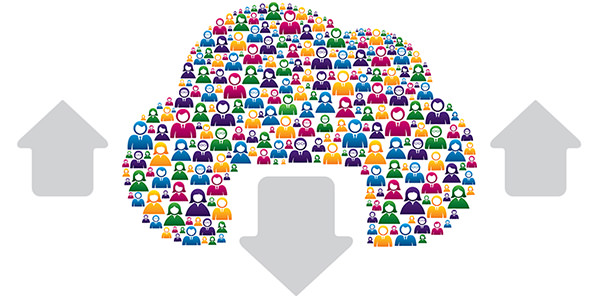 A study from Northwestern University’s Spiegel Digital and Database Research Center in partnership with PowerReviews finds that negative reviews have a positive impact on brands because they help establish trust and authenticity.

The analysis across 40 product categories found that the number of stars in a review has little effect on purchase when the rating is between one and about three stars. When the star rating surpasses three, the higher the review, the more likely the purchase. But the likelihood of purchase peaked with an average star rating between 4.2 and 4.5 and lessened closer to a five star rating.

The Northwestern team believes consumers perceive ratings close to a perfect 5.0 as “too good to be true.” In fact, many five star reviews are ignored because they are assumed to be fake.

“Consumers understand that a product can’t be all things to all people, and they appreciate negative reviews as an important element in their decision-making process,” wrote the researchers in the study.

The study also notes that previous PowerReviews research found that 82 percent of shoppers specifically seek out negative reviews. Reviews in general were found to be important in alleviating price or safety concerns as well as in gaining trust in a new brand or product.

Writing for TechCrunch, Tom Collinger, executive director of Northwestern’s Spiegel Research Center, suggested brands test and offer review options, such as offering highest to lowest ratings as well as “most helpful” reviews, to provide a more personalized experience. He added that, in moderation, negative sentiments in reviews can have a “dramatic” positive impact on purchases in some categories.

He wrote, “The consumer is expecting the brands they choose to not just offer a great product, but to listen, respond and, per our research, stay authentic.”

What insights does the Northwestern University study offer into the influence of negative reviews on the purchase decision? What tips around handling reviews would you add to those offered in the article?

Please practice The RetailWire Golden Rule when submitting your comments.
Braintrust
"Good posting. This is also very much a factor of how many reviews make up the star rating. Three reviews don’t mean a thing. Five hundred mean a great deal. Usually."

10 Comments on "The positive power of negative reviews"

I completely agree with these findings and yup, I read the negative reviews before the positive. Nothing especially new here, but it’s good to see it quantified.

Every now and then I encounter a site that screens out negative reviews and take that as a huge red flag and tend to think they are hiding something, or at best, are clueless about the power of the consumer online.

Good posting. This is also very much a factor of how many reviews make up the star rating. Three reviews don’t mean a thing. Five hundred mean a great deal. Usually. I like it when the seller responds to a negative review within the thread for all to see. It adds credibility. And when there are a few one-star ratings when nearly all others are positive, it is fun to read the one-stars because, generally, the complainer is a real piece of work.

I think a negative review or two adds authenticity to the overall product rating. Consumers are skeptical if a product or service looks perfect with a five-star rating and want to see the legitimacy of the system. The negative reviews help consumers in the purchase decision of a highly-rated product because they can see that it’s not filtered or fake.

The only thing I would add is it doesn’t help to have an overwhelming amount of reviews, you want to keep it relevant to the consumer in both quantity and timeliness — a review from last year doesn’t hold much weight in a service or product you are buying today.

No one is perfect. And no company or retailer is either. Companies will be reviewed on the social review sites. It is the way business is today.

It is important to respond to all reviews. Jay Baer (whose new book “Hug Your Haters” comes out March 1 and is about this topic) says the danger isn’t in getting a bad review. The danger is in ignoring it.

A bad review with a company response shows the company cares. Even better is when that complaint is resolved and the follow up to the review proves that the company stands behind what they sell.

Interesting post here. I haven’t really given this much thought but I always read the negative reviews. They help me determine the outliers and that is how I assess the brand.

There are always those reviews that are too good and then there are the bad reviews that one can tell are just whiners. I throw those out as outliers and then determine my level of trust.

I would like to see the age, demographics, and income levels of the respondents in this survey. I agree with the “too good to be true” upper levels, but how negative reviews encourage purchases, I’m not sure about. The quantity of bad reviews has an affect on buying decisions, as well as the intensity, and the seller’s reaction (recovery) from a bad review.

Negative reviews are just as useful as positive reviews. Shopping online can be a gamble and having feedback from a real customer is helpful. If a negative review covers something within a retailer’s control, they should do everything in their power to correct it. Then shoppers will see them as responsive and always looking out to keep their customers happy. Having a positive experience is great, but sometimes having a negative experience that is corrected promptly and courteously can rival it.

Every once in a while a study comes along that’s such a confirmation of common sense and doesn’t divide the world into two bitterly opposing camps, or require us to change long established behaviors, that all we can do is say “hurrah!” So thank you, Northwestern.

Of course, there really ARE a few 5 star products/companies in the world, and how they should handle their being “punished” for honestly earning them, I’m not sure.

There cannot be a perfect review of a product or service. This is a very important lesson that all organizations need to pay attention to as they shape their customer service expectations and evaluate their personnel. Becoming too good to be true, can do more harm than good, is something which many companies have difficulty in understanding. Reasonable reviews, combined with great (not perfect) quality and performance should be any company’s customer service and product performance goal.

The research in this article makes sense. I don’t think there are any surprises here, yet it is good confirmation. I agree that I also look to negative reviews first. I believe the best action for retailer and brands to take to handle reviews is to take them seriously. Have a dedicated staff, depending upon the size of your organization’s incoming customer review flow, and train them to offer effective responses to negative reviews as well as acknowledging positive ones. Also, evaluate some new analytical tools in the marketplace today that can easily automate this process.

Braintrust
"Good posting. This is also very much a factor of how many reviews make up the star rating. Three reviews don’t mean a thing. Five hundred mean a great deal. Usually."