The next logical step for category management 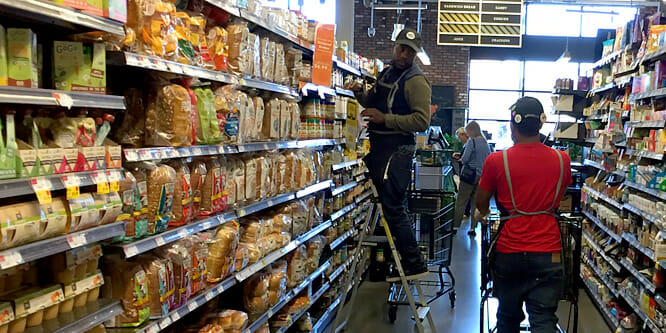 Recent radical changes in shopper behavior are putting pressure on category management practices to further adapt to the new dynamics of retail.

Amazon.com and other online retail players are now undeniably on brick-and-mortar stores’ competitive radar. Further, new smaller and more efficient physical store competitors — from limited-assortment grocers to dollar stores — are on the march with aggressive growth plans. So how do these new competitive dynamics affect category management practices?

In my view, the answer to that question is threefold:

For example, from the shopper’s perspective, certain categories and products now lend themselves to being purchased on a subscription basis, as their consumption is consistent and periodic. Conversely, many items are purchased frequently for more immediate consumption, which are more likely to be purchased in-store, on a fill-in shopping trip. Still other items and categories fall into a seldom-used segment, implying they may not need to be merchandised in the same way or same location in the store as more frequently purchased items.

This new “overlay” of what I call “shopper choice” would extend the disciplines of category management to include organizing and merchandising both categories and items according to how the shopper buys them, not just at their specific stores, but across all retailers (online and physical) that are included in the shopper’s consideration set.

As retailers adapt to new shopper dynamics, so too should their practices of categorization and in-store organization.

DISCUSSION QUESTIONS: How should retailers adapt their traditional category management practices to the greater influence of online shopping as well as greater competition from the likes of limited-assortment and dollar stores?

Please practice The RetailWire Golden Rule when submitting your comments.
Braintrust
"The reality is that category management has become increasingly complex based upon omnichannel consumer expectations."

"I’ve certainly said it in the past (predictively) and have spoken and written about it more recently — shoppers do not think in categories."

"The argument for the “new shopper” keeps on looking like the “old shopper” except with more channel options."

18 Comments on "The next logical step for category management"

I’ve certainly said it in the past (predictively) and have spoken and written about it more recently — shoppers do not think in categories.

Retailers must break the traditional mold of departmentalizing products and start thinking like consumers. Shoppers want solutions to needs. They long for convenience. They want limited, meaningful choices.

This gives definite advantage to online platforms … but don’t rule out forward-thinking brick-and-mortar operators. The best of new age category management is yet to come.

This is gold: “shoppers do not think in categories.”

Appreciate your comment, Dave. This should spell opportunity for retailers willing to reshape their thinking.

Excellent points, Dave! Consumers not thinking in categories, also reminds us of the fact that consumers are indifferent about whether a retailer is “omnichannel.” The consumer is only concerned with commerce and having the right product, in the right place, at the right time.

Really great question! My answer is tilted towards experiential — if you want a run-of-the-mill solution, look at Walmart or Amazon, copy and paste.

To answer such a question with “it depends” is the worst, but:

You need at least these three things working in concert to figure out how to re-flow a store and create an experience the consumer will notice.

Assortment is a whole different ballgame. Category management needs to be laser focused on power codes only (top 50?) of items that consumers need to see to have confidence in your SKU selecting skills. After that, unique offerings are the only way to drive experience.

There was a time in the not-too-distant past that retailers re-set stores based upon a category management plan-o-gram. In today’s omnichannel world retailers must modify plans monthly, if not weekly. The best of online retailers modify daily and even hourly in peak periods. Mark’s point about re-organizing assortments based upon how customers acquire products is particularly salient for brick-and-mortar retailers. Category management has been historically focused on how to optimize categories that will fit in the “box” (the store). Increasingly customers begin their shopping journey from the virtual shelf online, even if they make a purchase in a store. Category management has to span both virtual and physical space. The reality is that category management has become increasingly complex based upon omnichannel consumer expectations. Customers purchasing click and collect expect to pick up within hours. Category management must ensure that these products are in-stock locally. To capture and retain customers, retailers also need to expand category breadth by curating assortments online. Many long tail SKUs only become profitable through drop shipments from vendors and distributors.
4
|
0
-   Share

Excellent comments, Chris. You nailed the “new normal” that will separate winners from losers.

In a word … curation. Curated assortments are one of the trendier topics in the merchandising and category management arenas. Traditional category management processes simply no longer are effective in today’s customer-driven environment. At their fingertips, consumers have the ability to compare, contrast, learn, showroom, share via social channels and seemingly are one step ahead of retail organizations.

With the onset of fast fashion and significant social media influences, category management essentially has to become a more fluid, agile, scalable and flexible process. “Less is more” should be the mantra, as optimized and personalized assortments will resonate with today’s consumer.

Category management is very challenging today not just because of the internet but also due to retailers getting into each other’s space. It is no longer possible to be the retailer that has everything for everyone. Therefore, I see the successful retailer as one who finds its niche, sticks with it and doesn’t chase after everyone else. Building a loyal customer base, even if is small, can be more profitable than trying to appeal to everyone. Subscriptions are also smart for every retailer because it guarantees customer loyalty and provides the retailer the opportunity to make additional offers directly to the customer. So a retailer must identify who they are, what category and items they will be known for, market them, build an audience and stay focused.

Be creative on how you grow your brand and stand aside from your competitors.

Retailers must leverage a much more robust understanding of their shoppers and customers. Customers do not think in terms of “categories” but in terms of their needs, and part of their “need state” is how to acquire products efficiently.

If retailers would/could look deeper into their shopper insights, using advanced techniques (and predictively) they will see that physical retail stores are not designed for these new distribution approaches. Smaller and more efficient “front of house” needs to give way to larger “back of house,” where different fulfillment options for retailers’ inventory need to reside.

The only way to get this right is to truly understand your shopper and customer needs, how that particular store demographic affects the product assortment and inventory and design flexible stores for that particular location. Retailers do not currently have this level of sophistication and cannot adapt fluidly, but it all starts with data and insights tailored to the shopper and customer need at that location!

I totally agree, Dave! Shoppers are typically on a premeditated journey and have objectives. Their grocery list may be organized in some fashion but often it’s simply a list. I can’t tell you how many times I’ve had to walk back and forth across and through 130,000 square feet of a Home Depot to get four to six items.

While it may make sense to the retailer from an organizational point of view, shoppers don’t shop categories, they shop for items. Retailers need to re-imagine how they select, localize and merchandise products to optimize the broader shopping experience for the digitally-empowered shopper — for online and in-store.

Category management should not be within a physical store but should be defined across all channels of retail. For a retailer that has both brick-and-mortar and online, they need to be defining their most efficient assortment in-store and carrying a bigger variety online. Additionally in the future, what is carried in store will be “marketing” the retailer, with the experiential shopping experience plus the products/brands it offers.

I would go further and add data such as shopper 360 data or the like — survey data as to why customers shop where they shop, how often and WHY, is also important in order to be able to understand the cycles of buying certain categories on subscription, pick up in-store and so on.

The challenge will be, how does the retailer solve for the shopper who perhaps wants what they want when and where they want it? How can the physical retailer possibly be all things to all shoppers all the time? It’s a tough one to crack but it must be the goal if retail as we know it is to survive.

One of the first things to consider is your product categories themselves. Are they all still relevant today? I see retailers with no significant evolution of categories for the past two decades or more. Consumers have changed the way they think about and group products and retailers need to do the same. Whether food, apparel or whatever product lines, category management starts with the right categories.

From there look at how you are merchandising your assortment, both online and offline. Are you going for maximum velocity, profit, revenue or combos of them, or even other aspects, like tonnage moved per employee, etc.? This can no longer be effectively done manually. You need today’s tools, many of which are very low-cost, to look at things like intelligent sequencing of products online. That is, when do shoppers see particular products? Employ the tools that are out there and this task becomes far more manageable.

At the heart of Category Management is a drive for efficient management of revenue per shelf space by delivering the right mix of brands, facings, packaging, and pricing. It’s a data driven product (or shelf) focused approach to the business.

As strategy evolves to one that is consumer-based and not product or shelf-based, the entire category management concept must be thoroughly rethought with the consumer as the starting point. It will be even more data intensive and will cut across today’s “channels.”

Customers may not think in categories, but algorithms do. And category management, as in Mark’s third point, is evolving to address a new type of “how.”

Properly tagged and structured data on-site and off is critical for digital retailers who care about creating smoother and more relevant search experiences. This could certainly be considered an extension of the category management discipline.

Thanks for kickstarting an important conversation, Mark! It will be exciting to see how this evolves over the next few years.

Braintrust
"The reality is that category management has become increasingly complex based upon omnichannel consumer expectations."

"I’ve certainly said it in the past (predictively) and have spoken and written about it more recently — shoppers do not think in categories."

"The argument for the “new shopper” keeps on looking like the “old shopper” except with more channel options."