Should the Feds move in to help indie grocers? 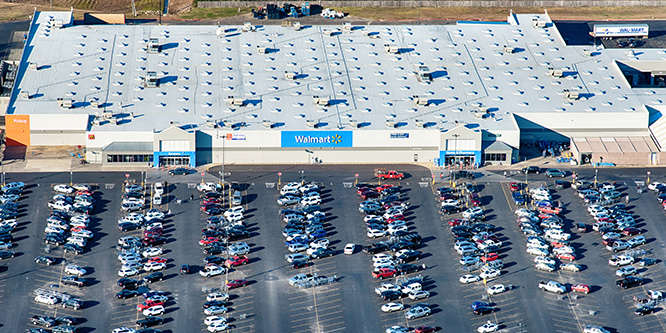 Independent grocers and smaller chains have long complained about the uneven playing field where all they get are scraps left behind by big retailers who call the shots with consumer packaged goods vendors when it comes to product supplies, pricing and promotions. Now, they want the government to turn its attention to enforcing existing laws and clean up a long time mess that threatens their very existence.

The National Grocers Association (NGA), which represents more than 1,600 independent grocers operating nearly 9,000 stores across the U.S., says that the outbreak of the novel coronavirus pandemic only widened disparities in how its members are treated compared to large regional and national chains.

Greg Ferrara, NGA CEO and president, said chains have used their influence throughout the pandemic to “demand special treatment from suppliers without an economic justification.”

As the chains grab an unfair share of available goods from suppliers, contends NGA, they leave independents with a poor selection of leftovers at much higher prices. “Congress has to stand up for local businesses and consumers to demand an end to these harmful tactics and restore a competitive marketplace that benefits the economy and grocery shoppers alike,” said Mr. Ferrara.

A white paper produced by the group asserts that its members have faced situations in which suppliers have refused to sell them the same products or package sizes offered at chain stores. NGA members continue to report being able to buy products more cheaply from a big box competitor than through brand suppliers.

NGA is proposing that federal agencies and lawmakers take specific actions, including investigations and hearing on anticompetitive practices in the grocery business. The group wants a particular focus on how current uneven treatment affects consumers and businesses operating in rural and urban areas.

Independent grocers are also looking for Congressional oversight committees to hold the federal agencies accountable for adhering to laws such as Robinson-Pattman that have long been on the books but rarely enforced in real world practice.

NGA has further recommended that the Federal Trade Commission, Department of Justice and state attorneys general should do their own investigations and tighten enforcement wherever it is found to be lax.

The trade group has also suggested that new antitrust laws may need to be put in place if existing ones can not be enforced according to their original intent.

DISCUSSION QUESTIONS: Do you agree that independent grocers are operating in an anticompetitive marketplace? How would you resolve this dispute?

Please practice The RetailWire Golden Rule when submitting your comments.
Braintrust
"David out smarts Goliath. He doesn't out muscle him."

"The driving force for consolidation and economies of scale is the consumer."

"Size matters. There is little doubt that independents are playing a game with a deck stacked in favor of the major chains."

10 Comments on "Should the Feds move in to help indie grocers?"

Size matters. There is little doubt that independents are playing a game with a deck stacked in favor of the major chains. Unfortunately, congressional intervention isn’t likely to be the answer, and may create more problems than it solves. Rob-Pat has been law since 1936 but is rarely invoked. In any case, the greatest threat to independents is their ability to effectively engage in the e-commerce marketplace – that’s where the resources should be focused.

The government took action in the early ’70s with a suit against Kroger. In the end, fines were dispersed against several retailers. It reinforced the values of Robinson-Pattman and as marketers we took special care to adhere to those.

I haven’t been involved in selling to the retail trade since 2008, so I don’t know what has transpired. However there should be an understanding by independents that they are sharing the deals, volumes, and benefits with the wholesaler. If the chain store has a dollar deal, so does the wholesaler – but the wholesaler may pay only 80 cents on the dollar. If there are truckload discounts of 5 percent, the wholesaler is likely to keep them while the chain incorporates them in their pricing or profit.

If the independent grocer is expecting to get the same treatment as the chain, they are expecting too much.

I see no need for antitrust investigation in this area. Indeed, I’d go further and say that existing legislation like Robinson-Pattman should be completely scrapped.

Massive retail chains will be able to secure better terms from suppliers. They will also be prioritized when it comes to deliveries and other factors. This is not an aberration of the market, it is the market functioning properly in regards to the benefit of economies of scale.

And the driving force for consolidation and economies of scale is the consumer. Most shoppers want low prices and one-stop shopping convenience, which is best delivered by large chains.

Is that unfair to smaller retailers? Not really. No business should have a right to survive by using the law to force consumers to pay higher prices or by dictating to suppliers how they need to run their operations. In any case, good small retailers will differentiate rather than trying to compete head on with the bigger chains.

There have always been “David and Goliath” battles. And hopefully there always will be. David out smarts Goliath. He doesn’t out muscle him.

Well yes – size does matter, but having worked for large and smaller retailers in my life. it is also about respect and developing relationships that will also help.

This has been the situation since large grocers started to operate with large numbers of stores, buying in bulk and getting better trading terms. The pandemic hasn’t made this situation worse and many local retailers have actually benefitted from the buy local movement that has swept all countries during the last year. It is hard to create an environment where you completely level the playing field yet keep open competition. Independents have survived and will continue to survive if they are good operators giving great service to their local community.

Antitrust is an issue across many verticals and many retail segments. Certainly, the first step is to demand enforcement of existing laws. I don’t think that’s a complete solution, but everything helps.

Additionally, I think indies need a strong trade association of their own to either leverage their numbers with brands that are unfair to them or work together to develop third-party manufacturers that will support them–which will also give them some differentiation from the behemoths.

Along with their wholesale distributor partners, the independent grocers are now faced with emerging competitive and economic forces.

These forces include evolving consumer behaviors, an increasingly complex competitive landscape, the growing impact of the digital juggernaut, increasing cost of goods, accelerating margin pressures, relentless innovation with store formats and products. There is a clear imperative to reduce costs and improve profitability by de-investing to reinvest. Also, the global COVID-19 pandemic has accelerated the impacts of the emerging forces.

With so much unprecedented disruption, now is the time to build upon the relationship between the independent grocer members and their wholesale distributor partners. The two groups have established a working relationship built on a foundation of trust and shared economics. This ongoing partnership is key to protecting, sustaining, and empowering the independent grocers to compete in the age of Amazon and Walmart.

The market isn’t anticompetitive, but it clearly favors scale. Think about it this way. Sam Walton was a two store Ben Franklin franchisee in a “Z” market and he went on to become the world’s largest food retailer. Jeff Bezos started as a digital deviant with the crazy idea that he could sell books on this invisible platform nobody understood and beat established chains like Borders and Barnes & Noble, and he did. So the two most successful retailers in the country started out barely qualifying as competitors. Nobody took them seriously, and that was part of their secret weapon. The case of independent grocers is interesting. In the food industry, Robinson-Pattman hasn’t been effectively enforced for close to 50 years. Over that time many “independents” from Wegmans and H-E-B to Food City and Meijer have become powerful chains leading the industry in growth and innovation. If the deck is stacked against the “little guy” how can we explain this? Do chains have a buying advantage? Of course. Did they all start with that advantage?… Read more »
6
|
-1
-   Share

Business is always firmly against government intervention … except when it isn’t. Yes, of course, indy grocers operate in an anti-competitive environment — along with businesses in every sector or individuals, for that matter — but what specific remedy is proposed, beyond enforcing the vast array of laws already on the books? Ostensibly the NGA is asking for just that — fair enough — yet the example Mr. Ferrara cites implies they want to have suppliers cede control over their distribution channels … a quantum change.

Braintrust
"David out smarts Goliath. He doesn't out muscle him."

"The driving force for consolidation and economies of scale is the consumer."

"Size matters. There is little doubt that independents are playing a game with a deck stacked in favor of the major chains."