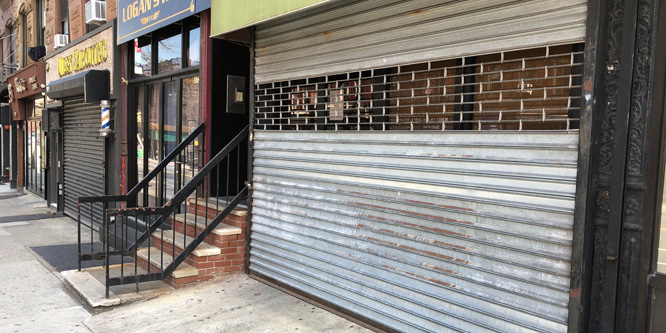 Urban Outfitters, Dick’s Sporting Goods and The Cheesecake Factory are among several companies that have gone public with their intentions to temporarily stop paying rent due to store closures largely forced by shelter-at-home policies.

In some cases, the tenants are citing a clause in most lease contracts called force majeure, which allows either party to limit their liability in the face of some unforeseeable, extraordinary event.

Speaking to Adweek, Joseph Malfitano, restructuring advisor at Malfitano Partners, said he does not believe such clauses relieve a tenant of their lease obligations, but instead sees the moves being used as leverage. He said most retailers are seeking rent relief for one to two months, with a few seeking three months.

Dick’s, which announced the temporary closure of all locations on March 17, is reportedly offering different compromises to landlords based on whether the store’s closure was mandated by stay-at-home orders or was the retailer’s call. Mattress Firm is seeking a rent reduction in exchange for longer leases.

“The court system is just going to get flooded with a million of these disputes between tenants and landlords,” Vince Tibone, an analyst at Green Street Advisors, told Bloomberg. “If the government doesn’t step in in any form or fashion, it could get ugly. They need to respond quickly.”

Taubman in a March 25 letter told tenants they must pay their rent because landlords have to “pay its lenders, utility companies, insurance companies and the like, to ensure the safety and security of the building and maintain the appropriate level of operations.”

A Taubman spokesperson told CNBC the tenant memo “does not replace our willingness to talk to each tenant about their respective challenges and help them chart an appropriate course for the future.”

DISCUSSION QUESTIONS: Are threats to stop paying rent amid the COVID-19 pandemic an excessive risk for retailers? Are relations between retailers and landlords naturally more antagonistic than those with vendors and other business partners?

Please practice The RetailWire Golden Rule when submitting your comments.
Braintrust
"The best advice is to communicate. Tenants should be speaking with their landlords and attempting to work out viable solutions."

"Courts have to decide if force majeure will apply. But I think it will be left to 1:1 discussions to see who has more to lose. "

"As a landlord for commercial tenants (not retail explicitly), it bothers me that both sides seem to be heading out the gate with litigation in mind."

14 Comments on "Should retailers skip rent?"

Let’s be clear; everything right now is a risk, not just paying rent. Each day stores are closed, employees have been furloughed, sales are lost, and how we survive all of this is still quite uncertain. Yes the government has been putting together different packages to help people survive but, as of yet, no one has received a dime, so how are businesses going to survive? The only suggestion here is to assume nothing. Tenants can’t just say “we’re not paying rent” or be prepared to suffer the consequences because landlords have signed leases, which are contracts, and they are protected. On the other hand, the business has to survive and, most likely, continuing to pay rent will further increase the chances of that business not surviving, which means no rent for the long term until the location is re-rented. So the best advice is to communicate. Tenants should be speaking with their landlords and attempting to work out viable solutions. Perhaps rather than forgiving rent entirely, a portion is paid now, and the balance… Read more »
2
|
0
-   Share

Asking for rent relief of one to three months can’t be an excessive risk to retail tenants because realistically, most if not all retail landlords have no other businesses to which to lease the space. What retailer is looking to lease space today and how soon after the stay-at-home directives are lifted are retailers likely to begin looking? Negotiate!

Landlords have mortgages too and bills to pay. It is silly to think that somehow only renters are unable to pay bills – business or personal.

Courts have to decide if force majeure will apply. But i think it will be left to 1:1 discussions to see who has more to lose. And the outcomes may range from rent deferral, to long term renewals, to stricter clauses to take out rent first from the future sales, etc.

Landlords should renegotiate leases at the very least for this pandemic. Would they rather see vacant storefronts? This is a “force majeure” if there ever was one but courts interpret this in different ways. This is already being argued and some landlords have agreed. I think it is imperative to keep these relationships intact. There is no better theater and opportunity for customer impressions than stores and when this ends they will entertain.

Ken, I agree. This seems like a force majeure no-brainer. But of course nothing is ever simple when lawyers are involved. Based on my understanding of the issue, force majeure will not help most businesses unless they have a pandemic or communicable disease clause in their agreement – how many retailers do you think have that? I’d have to believe virtually none. How many retailers will want to include a clause like this in their next lease? Almost everyone.

I don’t think that retailers should simply stop paying rent, they should be in negotiations and dialogue with landlords. However, the idea that retailers should pay full rent is a non-starter: landlords need to be flexible and understanding. The pain needs to be shared around. The bottom line is that both parties need to work together to find a solution and way forward.

If the retailer pays rent and therefore goes out of business, what good is that for the landlord? On the other hand, most landlords are highly leveraged and need the cash flow to pay their debt. Then what happens to the debt holders? Big domino effect.

As my colleagues noted, the answer is to talk. Not even negotiate, but talk. No solutions would be good unless every entity in the chain defers payments and puts them on the back end of the timeline.

What isn’t an excessive risk to retailers now? As to relationships with landlords, a certain dynamic tension is the natural state of affairs. Landlords want to maximize their return per square foot of investment, and retailers want to minimize their per square foot rental costs. Pandemics don’t change the basic math. Worst case, barring federal intervention, retailers could lose their leases and owe, ending up paying penalties to hold their space. Best case both parties talk and work out something that works for each of them.

Retailers are in survival mode and preserving cash is critical – rent is a big expense. While I think it’s risky for retailers to just stop paying rent, I would strongly urge retailers to engage with their landlords in an open and frank discussion about their situation and try to come to terms with some modest payment plan. It’s important to realize that landlords are businesses too, and they have staff to pay and other expenses. And while the largest retailers can pressure their landlords for breaks on rent, small and independent retailers don’t have this clout.

This is not a one-size-fits-all situation. If the retailer is experiencing strong revenue, as with grocers, why should rent payments be halted? Conversely, if the retailer is closed with no opportunity for revenue then, yes, discussions should be taking place with landlords.

If you have no money, what can you do? That having been said, does it then follow “if you have the money, you should (pay)”? So we essentially “punish” if you will, retailers who had the audacity to be liquid, and have money set aside … something about that just doesn’t sound right.

As a landlord for commercial tenants (not retail explicitly), it bothers me that both sides seem to be heading out the gate with litigation in mind. Truth is, it’s probably a reality. Yet we should all be disappointed by it.

Both landlords and tenants should be approaching this situation looking for compromise. When income stops, landlords can’t expect tenants to magically pay their rent for very long times. On the other hand, landlords also depend on income — income from rents. So tenants need to respect that landlords also have needs.

Where is the middle ground? It’s found by talking — not with broad aggressive pronouncements.

Sorry for the late entry. Retailers must speak to landlords about a rent abatement plan. This conversation must be fair to both. A rent reduction for the retailer at the time of true need, is fair. And later, at a combined agreement, there can be escalators to get the retailer up to the initial lease payment amount. It is not unusual that the two parties do a shared risk agreement for a duration of time. This agreement stops a flat rate per square foot rental (and other charges of the original lease, for a period of time. The renew agreement rental plan centers on paying a percentage of sales made. Normally, this percentage can center around 4% of cash sales and 2% of credit sales (off-setting the credit sales fee). At a negotiated time, the current lease agreement will then be re-instated.

Braintrust
"The best advice is to communicate. Tenants should be speaking with their landlords and attempting to work out viable solutions."

"Courts have to decide if force majeure will apply. But I think it will be left to 1:1 discussions to see who has more to lose. "

"As a landlord for commercial tenants (not retail explicitly), it bothers me that both sides seem to be heading out the gate with litigation in mind."