Should retailers brag about doing good? 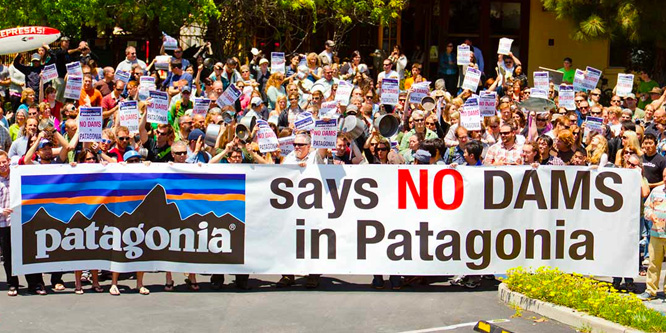 Younger generations appear to be split on whether brands and retailers should be promoting their eco- or socially-conscious credentials.

According to a survey from early January of more than 2,200 U.S. adults from Morning Consult and PRWeek, 41 percent of Millennials like it when brands show off their commitment to issues that go beyond their own bottom line, while 39 percent think companies are trying too hard to make it look like they care. Gen Z respondents are equally split on the issue.

Yet, those sentiments soften among younger generations. Only 39 percent of Gen Zers believe companies should “stick to what they do” versus 46 percent of Millennials, 51 percent of Gen X and 63 percent of Boomers.

DISCUSSION QUESTIONS: How loudly should retailers and brands talk about their sustainability or other do-good efforts? How, if at all, should they seek to benefit from consumers’ apparent desire to reward companies for their corporate social responsibility efforts?

Please practice The RetailWire Golden Rule when submitting your comments.
Braintrust
"If the publicity surrounding their efforts drives more spending at those stores, it also drives more revenue and potential community donations."

"Any publicity is good publicity … especially “doing good” publicity! Don’t be shy. Talk it up in every channel."

"Walmart is the poster child for this, generally avoiding politics but touting moves that are unambiguously good..."

20 Comments on "Should retailers brag about doing good?"

I don’t think it’s a good policy for any company to be bragging about its accomplishments, no matter what they are. If a company supports equal pay and has equal opportunities for all employees, along with outstanding benefits and working conditions, the company’s employees are going to be the company’s best advocates. There is no need for the company to pat itself on the back about how great it is. That cheapens the image, and many people will become skeptical of whether the company’s intentions are sincere or motivated by publicity.

When companies do something because they genuinely believe in it, like protecting our environment, that should be the only reason for them to do it. Whatever praise, recognition, or support the company receives should come from those who, on their own, recognize the company for its efforts.

Yes – if you are doing good your customers should know about it (and be able to participate). But don’t make a big deal about it either. You’re not a charitable organization, you’re a retailer.

I see nothing wrong with retailers capitalizing on their social responsibility instead of hiding their light under a barrel. It’s self-serving, for sure, but making customers aware of their “doing good” efforts is a marketing tool. If the publicity surrounding their efforts drives more spending at those stores, it also drives more revenue and potential community donations.

I began my career at Dayton’s, the parent company of Target, and the family ownership proudly donated 5 percent of its profits to local charity. Further, management convinced many other Minneapolis-based companies to do the same. They created a culture of philanthropy that continues to be part of Target’s “goodwill.”
I could say the same for Kohl’s donations of millions around the country, driven by its “Kohl’s Cares” program. These types of programs ought to be the goal for all kinds of retailers.

There are brands that need to remain politically neutral, but which can absolutely brag about doing good. Walmart is the poster child for this, generally avoiding politics but touting moves that are unambiguously good (like reducing electricity usage, paying employees well, etc…). There are other brands, those that aspire to connect with consumers emotionally, that absolutely can wade into political territory to cement their relationships with consumers. Like it or not, our political views are increasingly coming to define us in important ways, and the role of a brand is to connect with us in meaningful ways.

Studies have consistently shown that being a good corporate citizen is good for business. Investing in sustainability and eco-consciousness beyond what is mandated by law falls into the bucket of being a good corporate citizen. But if it is not integral to the brand promise, it will certainly come off as superficial and will do more harm than good.

First, NEVER trust a survey that purports that “…consumers will pay a premium …” unless it is for a very tangible and differentiating feature of the product or service. They won’t.

As for brands taking public positions on social issues, a couple of thoughts.

At this point in time, “do-good efforts” should be a part of every company’s initiatives.
Those that aren’t are completely missing the boat. With that being said, bragging about what your company is doing from a corporate bullhorn isn’t right either. It needs to come organically from the employees and the customers that support the company.

Brands and retailers that have a real vision and set of goals for corporate social responsibility and are actively pursuing those goals should absolutely share their progress and achievements.

A recent Futerra study found that 88 percent of U.K. and U.S. consumers want companies to improve their environmental footprint. Against this backdrop, most brands and retailers should pursue specific opportunities in this area. This requires a commitment to improving sustainable sourcing efforts. It also demands a more comprehensive data strategy and better data management to capture all of the key product attributes as well as supply chain characteristics so the brand can measure its success accurately.

By mastering this product data and sharing this data in a transparent way in reporting as well at the moment of truth online or in-store, retailers can help their customers make better decisions that are consistent with their own personal values. Retailer transparency allows for better business which enables their customers to help make a better world.

There are brands whose very brand promise is built around some do-good initiative. And therefore their strategy and tactics will shine a light on those attributes and goals. That’s not bragging. That’s just good execution. The transparency demanded by today’s market will ultimately expose any lack of authenticity. And I guess it’s inevitable that some people will view honesty and authenticity as bragging and inappropriate. That’s a strong incentive to keep it real.

There is no single right answer to this question. Companies need to determine what philanthropic efforts are a good fit with their brand, and then decide if/how to support those efforts. How much, or how little they broadcast that support then depends on the target customer and how meaningful it is to them. The louder any company shouts about its “good works,” the more suspect its customers will be of the impetus for those works.

Certainly, retail companies’ self-congratulatory trumpeting of altruism can be disingenuous and crass. Yet corporate social responsibility (CSR) has evolved from a nice-to-have to a must-have.

The movement toward conscious consumerism gives purpose-led brands a powerful opportunity to differentiate themselves and gain a competitive edge, such as by supporting sustainability and diversity in retail.

CSR efforts don’t need to be meek or anonymous to count as legitimate.

Transparently showing how their CSR efforts help others can make companies stand out by showing they care about more than profit. Companies that genuinely and consistently “do good” earn their own reward: attracting loyal consumers who want to feel good about the brands and products they support.

It’s more important than ever for customers to know what a brand stands for. Pet food companies that donate to animal shelters should brag about it. Some customers may want to avoid patronizing a company that donates money to a candidate they oppose. Let’s put it all out there.

Customers are attracted to companies that stand for a purpose or “give back.” If the company doesn’t share it, then how would the customer know? Bragging is a strong word. Passionate messaging may be a better way to put it. Taking a stand for what the company stands for is good marketing and can lead to customer loyalty. The picture in this article speaks to that point. Look at the customers rallying behind the sign.

Brands should totally brag about doing good – the sensitivity is in how they communicate their contributions to conscious capitalism. The charitable work needs to align with their brand and vision. Data shows that the best marketing a brand can do to build long-term loyalty is to align with its customers’ need to strive towards a greater purpose.

These survey results are interesting in that they are like the old joke about how if you lined up 100 economists based on their economic predictions, you would have all of them pointing in different directions. The issue here is about authenticity. Consumers want brands to be authentic about what they represent. If your brand is based on a core principle about “doing good,” say around climate change, then yes absolutely you need to tell the world what you are doing. It’s not bragging in that scenario. However, if that is not core to your brand, then it’s likely not going to seem authentic to your customers. In that case, while you can still tout accomplishments, you shouldn’t be promoting sustainability efforts or do-good efforts that lack tangible substance, otherwise you’ll be seen as bragging in a negative way.

Really loud! Witness REI’s #OptOutside Black Friday effort (and the closing of their stores for Black Friday) and what it did for their brand. There is no better Gen Z marketing than this IMO. So much zeitgeist-driven power!

Any publicity is good publicity … especially “doing good” publicity! Don’t be shy. Talk it up in every channel.

Yes, some CSR initiatives seem contrived — because they are. Consumers generally will see through that and feel cynical about efforts that are more self-serving than charitable.

But then something wonderful can happen along the way — an organization that adopts a “doing well by doing good” program rooted in the profit motive sometimes also evolves its culture for the better.

For retailers especially, interactions with the local communities are numerous and influential. Whether they sponsor local festivals, buy gear for youth soccer teams, or hire more disabled people, or eliminate plastic bags and containers, the impact can be felt in small ways on a daily basis. Espousing core values, such as environmental responsibility or diverse hiring, can become part of the organizational DNA over time.

Part of the benefit to the public comes from sharing these accomplishments widely and creating positive inertia in the communities they serve. So it’s OK to do some humble-bragging if you back it up with tangible accomplishments.

Yes. Sharing their position on how a retailer should be helping their community is only a good thing. The public at large should always be reminded of the position that a retailer takes to assist their local community and the things that they do.

While it’s probably become more acceptable — and for “eco friendly” brands like Patagonia maybe even necessary — the nearby B&N discussion points out pitfalls of trying to mix “doing good” with retailing. More to the point: retailers aren’t ecologists or SJWs, and the process of selling is bound to fail someone’s purity test … “brag” at your peril. Or, as an alternative, just pay decent wages and (otherwise) be a good Corporate Citizen … the world may notice.

Braintrust
"If the publicity surrounding their efforts drives more spending at those stores, it also drives more revenue and potential community donations."

"Any publicity is good publicity … especially “doing good” publicity! Don’t be shy. Talk it up in every channel."

"Walmart is the poster child for this, generally avoiding politics but touting moves that are unambiguously good..."