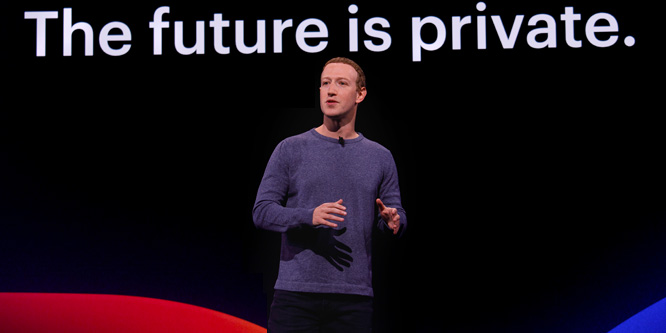 An Ad Age-Harris poll taken last week found 55 percent of U.S. consumers agreeing brands and organizations should stop advertising on Facebook with 77 percent believing the social media company is more interested in protecting its bottom line than its users.

The survey of about 1,000 consumers echoed the sentiments of last week’s Senate bombshell testimony from whistleblower Frances Haugen, who told Congress that Facebook executives had consistently chosen “profits before safety.”

Getting the most attention among the trove of leaked documents from the former Facebook employee has been the contention that Instagram is detrimental to the mental health of teenagers. Fifty-eight percent of respondents to the Ad Age-Harris poll indicated they were likely to limit or stop their children from using Instagram.

Still, 62 percent were not likely to delete their Facebook app as a result of the recent allegations. A slight majority indicated either Facebook or Instagram is no worse for their mental health than other apps.

A separate Advertising Age article also indicated that major advertisers are more incentivized to continue partnering to resolve the issues, which also include charges of political polarization, hate speech and disinformation, rather than boycott the platform.

Some, however, see the whistleblower controversy raising ethical questions for corporations because the new revelations demonstrate the consequences of Facebook’s algorithms. Michael Wall, a marketing professor at Washington University’s Olin Business School, said in a press release, “Advertisers are now aware, and they will now be faced with decisions related to both the ethical use of data and being values-based.”

On his LinkedIn blog, futurist Rohit Bhargava implied advertisers are complicit and that advertising dollars need to align with CSR/ESG objectives. He wrote, “Certainly part of the solution could be better legislation or more oversight. But alongside these moves, organizations need to make the same difficult choices they are making when it comes to climate or labor or diversity practices and say enough is enough.”

Facebook has basically denied the accusations and on Monday promised to implement new tools to divert users away from harmful content and give parents more control of teens’ Instagram accounts.

DISCUSSION QUESTIONS: Should the allegations of harm to teens cause retailers and brands to reassess their advertising budgets on Facebook or Instagram? Is this a social media or specifically a Facebook/Instagram problem?

Please practice The RetailWire Golden Rule when submitting your comments.
Braintrust
"Those that advertise on Facebook can use October 4, the day Facebook went dark for five hours, as a good barometer of advertising effectiveness."

"The main reason advertising budgets would move away from Facebook/Instagram would be if the target audience stops engaging on these platforms."

"Do I approve of all that Facebook has been accused of? Absolutely not. But I know too many indie retailers who would not have survived the pandemic without it."

Brands should always be evaluating their advertising spend, and this is certainly another reason to do it. But notwithstanding the negative press that emanated from last week’s hearings, retailers, and advertisers in general will continue to invest marketing dollars in the vehicles that deliver the best ROI, and for many Facebook does that.

It is a tough decision, but companies should take a serious look at pulling advertising from Facebook and Instagram. Companies’ advertising programs have many other media options and the growth of Facebook and Instagram are fairly recent platforms that companies could live without. The biggest thing holding some companies back is that their competitors may get all the attention on these platforms if they pull their advertising. It will come down to “what is the right thing to do?”

I had cancelled one Facebook-heavy co-op merchant marketing arrangement earlier this year when the data made it clear I hadn’t shipped even one more piece of product to users vs. non-users. Just had our digital agency review our own Facebook followers — and they say easily 3/5 are fake accounts. At this point I have to ask, what exactly would I be losing by backing off?

You should constantly be reassessing advertising budgets for any medium, including Facebook, Instagram, broadcast TV, etc. Brands and retailers should know how much lift they get from each outlet and should be able to track that now. I’m not sure it’s time to abandon Facebook yet – I don’t know how deep the outrage goes – are kids, teens, twenties outraged and/or is it parents and grandparents? All that said, civilization would survive if Facebook went away and I could make a case that it would be better. 🙂

Yes, it’s time to stop feeding the beast. I am publishing a blog on this very topic today. Facebook’s algorithms are very ham handed. More than a few of my friends, out of their discretionary buying years, get suspended for “violating community standards” while clearly those who can spend are endured and allowed to carry on.

I would much prefer a company with a subscription model rather than an advertising model. Still with policing, but less incentive to practice bad behavior.

Until consumers leave Facebook, advertisers will continue to utilize it because it remains an effective tool for reaching them.

Those that advertise on Facebook can use October 4, the day Facebook went dark for five hours, as a good barometer of advertising effectiveness. Did you see a dip in sales that day? Or did nothing change? If the latter, you’ve got your answer. Spend your dollars in a less controversial place.

Facebook and Instagram both have a huge capacity to provide fun, engaging social engagement. Unfortunately, they also offer a channel for malicious lies, disinformation and distortion. And Facebook knows this — and is irresponsibly under reacting. Facebook has an amazing opportunity to provide great social engagement AND a much safer environment than it currently does.

Watching 60 Minutes, all I could think was, “shut it down!” That’s not free speech, that’s outright, intentional manipulation of the masses. OUR masses. Tech has always been so far ahead of the ancient regulators, it’s almost impossible to do that now. If what the whistleblower said is true (she had THEIR documents so it is hard to say it’s not), that is a dangerous business in so many ways. It’s hard to justify their existence, let alone advertising with them, unless you just don’t care.

The vulnerabilities of the advertising model were laid bare by the tech-fueled power of social media, most egregiously in the form of Facebook. For those that believe the market’s invisible hand is self-correcting, advertisers’ engagement and budget power will suffice in creating a better Facebook. In reality, that is a mirage.

For the rest of the world, and despite the nearly three billion active monthly users, the reality is that the Facebook monster we unwittingly created was built to devour the world at any cost; it captures our attention by feeding on our worst instincts: hate and fear. At the heart of the matter is data and data usage in the form of free platform access in exchange for personal data. That model carries the seeds of its own, if not society’s, destruction. A radical view of personal data ownership and control combined with a subscription model is necessary and can provide data dignity and a far less divisive society.

This is certainly not a new debate. Facebook has been under scrutiny for many such ethical conundrums including the misuse of Personally Identifiable Information (PII) and yet brands and retailers chose to advertise on this platform. The main reason advertising budgets would move away from Facebook/Instagram would be if the target audience stops engaging on these platforms.

Do I approve of all that Facebook has been accused of? Absolutely not. But I know too many indie retailers who would not have survived the pandemic without it. Let’s hope Facebook gets its act together and fixes the problems that need to be fixed for itself and Instagram. Like it or not, people enjoy and depend on Facebook.

The time-honored adage of “put your money where your mouth is” comes to mind in the Facebook debate for retailers and brands. With the latest information about how Facebook causes more harm than good now front and center for consumers, how long before those same consumers realize that the retailers they have been supporting for diversity and inclusion initiatives, climate change support, and other social justice issues, are fueling the beast with their advertising dollars? IF the consumer outrage hasn’t surfaced yet, it most certainly will!

Facebook and Instagram are not the only social media outlets that retailers derive ROI from — perhaps now is the time to rethink those investments and redirect their spend to other platforms. Retailers need to evaluate that ROI against the bad sentiment continuing to be on the platform may generate for their brand. This should be the final alarm sounding in their advertising and marketing departments that causes them to take action.

Please, yes. I deleted my FB & I accounts months ago. However, if one were to be unsure of how they were to reach their audience without advertising on those channels, one might look at the thousands of other ways to reach an audience. I prefer using other creative strategies to reach customers, but still focus on a niche audience. Why? Because those playing fields are either still wide open, or just, wide open.

If the media environment is detrimental to the brand messaging, it’s a given that the media entity will be excluded from future buys or ads will be pulled. Moreover, if consumers pull back from Facebook and Instagram, so will advertisers. It’s that simple.

Braintrust
"Those that advertise on Facebook can use October 4, the day Facebook went dark for five hours, as a good barometer of advertising effectiveness."

"The main reason advertising budgets would move away from Facebook/Instagram would be if the target audience stops engaging on these platforms."

"Do I approve of all that Facebook has been accused of? Absolutely not. But I know too many indie retailers who would not have survived the pandemic without it."