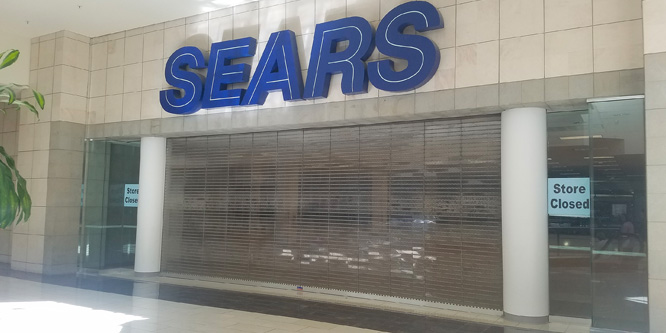 In 2004, when Eddie Lampert merged Sears and Kmart into Sears Holdings, some regarded the hedge fund mogul as another Warren Buffet. His unique insight as a retail industry outsider, some said, would allow him to see the value in the two retailers and create a visionary plan that would return them to the glory of their respective pasts.

It wasn’t too long, however, before company employees, vendors and retail industry watchers started to question whether Mr. Lampert was set on establishing a legacy of retail genius or systematically stripping away the assets that gave Sears Holdings its value.

As everyone knows, Sears Holdings filed for Chapter 11 bankruptcy protection in October of last year and eventually sold about 400 stores and its remaining assets to Transform Holdco, controlled by Mr. Lampert in February.

Now, Sears Holdings is suing Mr. Lampert and a number of former board members, including current Treasury Secretary Steve Mnuchin, for taking billions of dollars out of the company for their own benefit while leaving nothing for anyone else.

The suit, CNBC reports, points to deals such as the spinoff of Lands’ End and the creation of the real estate investment trust (REIT) Seritage Growth Properties as cases where Mr. Lampert and big shareholders received disproportionate benefits.

The suit cites an email from former Sears Holdings CFO Robert Schriesheim. In an attempt to explain the Lands’ End deal to a colleague, Mr. Schriesheim wrote, “[Mr. Lampert] was trying to optimize cash for [Sears] while maximizing his [ESL Investments] equity stake … because he knows that [Lands’ End] is worth a great deal outside of [Sears].”

According to the court filing, Mr. Lampert, ESL and other large shareholders divided an associated dividend of $500 million before Lands’ End was spun off. On the first day, Lands’ End was publicly listed, its stock value exceeded $1 billion, with Mr. Lampert’s share at around $490 million.

The suit also claims that Mr. Lampert intentionally undervalued 266 properties set off as part of the Seritage deal, which were outside of the control of Sears Holdings or its creditors once the REIT was set up.

In the end, USA Today reports, the suit claims that, were it not for Mr. Lampert’s self-serving actions over the years, the company “would have had billions of dollars more to pay its third-party creditors today and would not have endured the amount of disruption, expense and job losses resulting from its recent bankruptcy filing.”

For its part, ESL Investments has issued a statement claiming that its actions during each and every transaction while it controlled Sears Holdings were “unimpeachable.”

DISCUSSION QUESTIONS: Which narrative is truer in your mind: Sears Holdings only lasted as long as it did due to steps taken by Eddie Lampert or that Eddie Lampert methodically tore the company down to the point where it was no longer viable?

Please practice The RetailWire Golden Rule when submitting your comments.
Braintrust
"Had he not been there, Sears might be in better shape today, but there’s also no reason to assume they would be a huge success today either."

"The real question is cui bono, or who benefits? That’s the narrative that will emerge and stick in due time."

" It’s a bit hard to believe a CFO only now sees something wrong. Where were those like him when all of this was going down?"

Sears’ problems were rooted in difficulties before Eddie Lampert started systemically tearing the retailer apart. Would Sears have been better off without him and his failed plans? Yes. Would Sears be a successful retailer today if he had never been there? Most likely somewhere in-between. Sears hasn’t had successful DNA embedded in its core for quite some time, and Eddie Lampert merely accelerated the death spiral. Had he not been there, Sears might be in better shape today, but there’s also no reason to assume they would be a huge success today either. The number and depth of missteps performed by Sears are the material for a great Harvard Business School case study!

To most observers Sears passed the point of resuscitation long ago. That suggests that prolonged life was all about asset stripping, not a resurrection of any kind. The sell-off of properties and brands was supposed to generate cash to enable the turnaround. But where was the actual strategy to execute that turnaround? Nowhere to be found that I can see.

As the captain of the company, Eddie Lampert charted a course for an iceberg and willfully crashed Sears into it. Before the collision he was busy gathering up all of the lifeboats, which he subsequently used to sail off, relatively unscathed, into the sunset. In his wake he left a lot of people thrashing around in the sea, most of whom drowned.

It is not for me to comment on the nuances of the court case. However, on a personal level, I hope they throw the book at him. I think most decent people are extremely tired of certain segments of society taking massive rewards off the back of failure.

I agree with you Neil however I will give Eddie some credit in the early days. Remember he tried a few funky things like the data center concept, or something like that. The problem is, his ideas didn’t even come close to working and that is when he set the autopilot on the iceberg. The fact that he is making moolah off of this demise is obscene. And that’s my 2 cents.

The horse has left the barn. It’s a bit hard to believe a CFO only now sees something wrong. Where were those like him when all of this was going down?

Even as recently as this year, Sears Holdings was left holding the bag while Eddie Lampert’s “new” entity bought any remaining assets worth keeping — store locations, the value of trademark goodwill, and so on. After 15 years, does anybody doubt what ESL was up to? I don’t know how this will play out in a courtroom, but calling Lampert’s actions “unimpeachable” is an ironic choice of words given other headlines in yesterday’s news.

As a former long-term Sears executive, including working on a good chunk of the efforts to re-position Sears for success in the late ’90s through 2003, I can say with a great deal of confidence that it is extremely unlikely that Sears could have been saved by anyone. As I’ve written about previously on my blog and for Forbes, the one thing that could have saved Sears was to have entered (or acquired into) the home improvement warehouse category before Home Depot and Lowe’s secured the opportunity. Having said that, Lampert did a number of things that both assured its demise AND kept Sears around longer than it deserved to be. The thing that would have maximized shareholder value would have been to liquidate the company years ago when the underlying assets (Kenmore, Craftsman, customer data, etc) had not been so trashed as to get closer and closer to essentially worthless. Instead, whether out of ignorance or malfeasance, Lampert perpetuated the nonsense that Sears could be a going concern of any significance. So on the… Read more »
4
|
-2
-   Share

The comments my fellow BrainTrust members have already submitted sum up any and all opinions I have perfectly. All you can do is shake your head and hope that the industry doesn’t have a repeat of this kind of nonsense.

It’s impossible to know exactly what Lampert’s true intentions were regarding Sears. However, his actions certainly suggest he was methodically dismantling Sears. What’s utterly strange about the whole Sears saga, is how long it’s taken. If Lampert was merely out to pillage Sears why did he draw it out so long and painfully? Selling off Craftsman and other crown jewels, all the while saying that he was trying to turn Sears around? It may also be that Lampert had good intentions to start, but then they changed over time. Who knows. In any event, it’s not surprising to see the lawsuits come – I’m just surprised it took this long.

When Lampert came on the scene, most retail observers realized that the hawk was circling for the final kill and dinner. Bob Phibbs’ comment is right on: “Where were all the CFOs when all of this was going down?”

I’m shocked (gasp) at these new revelations. Carving out the crumbling edifice that once was Sears, in the full light of day, was orchestrated by and executed with full board support.

Against that governance background, there’s sufficient doubt that proper business judgement was exercised; The real question is cui bono, or who benefits? That’s the narrative that will emerge and stick in due time.

This is that essay question at the end of an otherwise grueling test that everyone is eager to come to because it’s so easy: yes Mr. Lampert has been a self-serving (insert pejorative of choice) from day one; anyone who thought some other outcome was likely was either so uninformed or so disingenuous that they probably shouldn’t have even been consulted. Sears was a mess when he took over, and probably would have been one regardless of who did. Yes, it could have been worse: a self-serving person with even fewer resources available to him/her could have come in. So that’s the story: Captain EL took the helm of the Titanic … and steered it back into the iceberg.

Braintrust
"Had he not been there, Sears might be in better shape today, but there’s also no reason to assume they would be a huge success today either."

"The real question is cui bono, or who benefits? That’s the narrative that will emerge and stick in due time."

" It’s a bit hard to believe a CFO only now sees something wrong. Where were those like him when all of this was going down?"