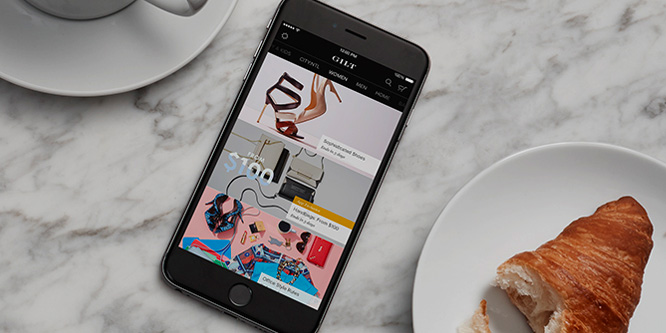 The move is seen as part of Hudson’s Bay plan to rid itself of unprofitable businesses while it seeks to raise profits through the sale of real estate and a greater focus on driving sales at remaining units.

Hudson’s Bay, which acquired Gilt Groupe for $250 million, agreed to sell the business for $100 million. Gilt, which was once valued at more than $1 billion, according to a Wall Street Journal report, has seen its value drop as much of the enthusiasm tied to flash sales sites has faded over the years.

Back in 2010, dollar sales on flash sales sites rose 92 percent, but growth slowed to 21 percent in 2011, according to research published in 2012 by American Express Business Insights. In subsequent years, much of the shine has gone off the flash sales site business as consumer interest and the venture capital funds that followed it have waned.

While it may not have lived up to the expectations of Hudson’s Bay management team, Gilt still represents a sizable chunk of business. The combined company, which will operate under the Rue Gilt Groupe, will serve over 20 million customers. The Journal puts sales at the two companies at around $1 billion annually.

Rue La La has promised to “leverage an advanced technology platform that combines leading capabilities in mobile and personalization” to drive performance of the flash sale sites. Rue La La has taken a mobile-first approach in recent years, with more than 60 percent of its sales originating from smartphones and other devices, according to a press release announcing the deal.

“Having achieved record revenues and profits in 2017, Rue La La is poised to further strengthen its leadership position in fashion off-price e-commerce,” said Mark McWeeny, CEO of Rue La La, in a statement. “Through the acquisition of Gilt and our evolution into a multi-brand platform, we are equipped for an acceleration in growth, innovation and profitability.”

DISCUSSION QUESTIONS: What do you see as the current state of the flash sales site business? Will the newly formed Rue Gilt Groupe be successful?

Please practice The RetailWire Golden Rule when submitting your comments.
Braintrust
"Ultimately, I expect that Rue La La has much more sensible expectations for the business than initial investors in Gilt Groupe."

"As online becomes more mainstream to the shopping experience, these sites will continue to wane."

"Flash sales are a fun surprise but when they happen every day, it becomes work to keep checking."

Flash sales sites have their place in online retail and consumer experience. Being a category of retail, it is wrestling with how it relates to other business-to-consumer approaches. It will widen its niche as a matter of self-preservation in the finance-driven retail sector.

This is quite a sensible move for Rue La La as Gilt Groupe has a different customer base and so will be additive to their business. The new Rue Gilt Groupe will, in essence, now be a house of many brands.

Rue La La will also bring expertise, economies of scale and focus to the business in a way that HBC never could. That is important as while the flash sale market is growing, it remains a niche part of the market.

Ultimately, I expect that Rue La La has much more sensible expectations for the business than initial investors in Gilt Groupe. The one-time valuation of $1 billion was absurd and based on ridiculous growth assumptions!

Once upon a time flash sale sites were new and exciting. Bu, as online becomes more mainstream to the shopping experience, these sites will continue to wane. What was ubiquitous five years ago is become ho-hum and many sites have closed or consolidated.

For customers to continue to support flash sales over time, having a variety of brands to offer helps generate new interest. Flash sales are a fun surprise but when they happen every day it becomes work to keep checking. Only very dedicated or loyal consumers will do that. Focusing on mobile is smart because that increases the possibility that consumers will come back every day while they are on the go.

It’s the nature of many digital markets – a clear category leader emerges that pulls away from the pack, and gobbles up competitors as they struggle.

Our SimilarWeb data show that visits to RueLala.com have remained roughly stable over the past 1.5 years, at nearly 3 million visits a month; but in a weakening category, stability is (at least temporarily) something of a victory. Over the same 1.5 years, Gilt.com’s traffic has dropped about 20%, losing its lead and falling into near-parity with Rue La La. Other flash competitors like HauteLook.com and BeyondTheRack.com have seen traffic declines as well.

The broader challenge is that the flash sale concept feels “so five years ago.” Today luxury sensibilities skew more toward experiences than things, and consumers have come to expect good value all the time, not just when clock on a flash sale is counting down.

Braintrust
"Ultimately, I expect that Rue La La has much more sensible expectations for the business than initial investors in Gilt Groupe."

"As online becomes more mainstream to the shopping experience, these sites will continue to wane."

"Flash sales are a fun surprise but when they happen every day, it becomes work to keep checking."