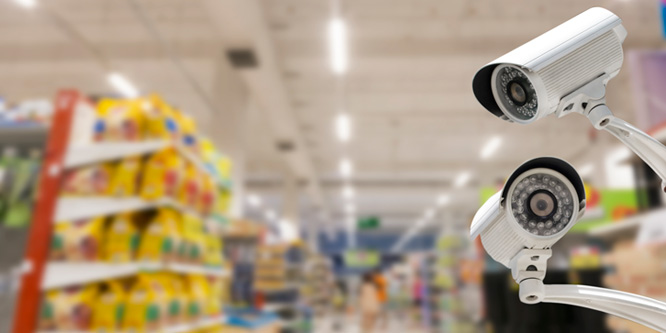 Buoyed by increased incidents and new ways to steal, theft, fraud and losses from other retail “shrink” rose to $61.7 billion in 2019, according to the National Retail Federation’s (NRF) annual “National Retail Security Survey.” The record haul by thieves was up a whopping 21.9 percent higher year-over-year.

According to the report, shrink averaged 1.62 percent of sales during 2019 after hovering around 1.4 percent over the past few years.

Among the emerging areas of concern as expressed by participants in the survey were:

The number of shoplifting, organized retail crime and employee theft incidents all increased. Of challenges that have grown in priority for loss profession (LP) teams over the past five years, 61 percent cited organized retail crime, 59 percent e-commerce and cybercrimes, 58 percent internal theft and 54 percent return fraud.

One hurdle identified in the study was that rising incidents of theft have coincided with a period when states have amended laws to increase the dollar threshold that constitutes a felony, which is more likely to be prosecuted than a misdemeanor. With members of ORC gangs often making multiple small thefts and staying below the felony threshold to avoid prosecution, NRF has called for repeat offenses to be aggregated and counted toward felony thresholds to reflect the serious nature of organized theft.

The study also found a decreasing number of LP professionals actively involved with cybersecurity teams. Fewer than one in five LP professionals meets with cyber teams always or very often, down from three in 10 the previous year.

To fight losses, retailers reported increased use of technology, such as point-of-sale analytics, security cameras, wired alarms on high-value merchandise and online training for employees. Among tried-and-true methods making a comeback, new hire orientation and code of conduct were both up significantly, along with use of anonymous hotlines and bulletin board notices.

DISCUSSION QUESTIONS: Does it make sense that technology has so far been acting more as an enabler than an inhibitor of retail shrink? What tech and old-school solutions offer the most promise to counter rising shrink rates?

"Employees are still your number one guard against shrink and cause for it. People who are de-motivated, untrained, and allowed to stay find ways to help themselves."

Surveillance is only as good as the monitoring of it, usually a limited number of people. It becomes descriptive (after the fact) more than a deterrent or prevention.

AI will help solve a lot of this problem, especially around cashierless checkout, and areas of the store that are considered “hot spots” assuming you have advanced video analytic capabilities.

I agree. No technology is going to prevent ORC gangs or the flash mobs who loot a store and know they will not be prosecuted because they committed a misdemeanor.

Unfortunately retail shrink and employee-led schemes are going to continue to be one of the main loss areas for retail companies. Technology, especially AI can help identify, predict, and help prevent employee theft, yet the problem has to be mitigated during the hiring and training processes.

Employees with bad intentions will steal without fear of consequences regardless of any advanced preventative technologies. While shrink could never truly be eliminated, establishing the right culture of trust, transparency, and accountability will help to mitigate shrink. The preventative measures are only as good as the execution and dedication to this initiative.

Ideally, increasing the wages of the employees may lead to less turnover and higher job satisfaction which should decrease internal theft. Right? Isn’t that the idealist thought?

Hopefully it plays out that way.

As of June 2020, the United States had the highest number of incarcerated individuals worldwide, with more than 2.12 million people in prison. So, I would need more time to reconcile that fact with the first two bullets. The last bullet, “Opioid addiction, mental health challenges and economic conditions”, should have been the first, they are the root causes; the rest are criminal tactics. However, I think that retailers should focus on increased surveillance deterrents, flexible payment options, truly making associates partners and not just employees, and community outreach.

Technology is a two edged sword. When you implement self-checkout you obviously open yourself up to a higher shrink risk. One real solution lies in the promise of advanced Business Intelligence (BI) that not only tells you what happened (descriptive BI), why it happened (diagnostic BI), what will happen (predictive BI) but what we should do about it (prescriptive BI). Prescriptive BI leverages task management with closed loop notification and escalation capability that insures follow up on an analytic insight. This technology holds the most promise to reduce shrink.

Employees are still your number one guard against shrink and cause for it. People who are de-motivated, untrained, and allowed to stay find ways to help themselves. Has been the truth since the Wanamaker stores.

Shrink and its relationship to employees has always been and will continue to be a difficult balance for retailers. I agree that employees are the number one guard, whether it be on the sales floor, analyzing return patterns or overseeing the alerts and anomalies identified by AI. However, they have always been a leading contributor to shrink through collusion and internal theft. Unfortunately, this problem is going to continue to rise as the gig employment mentality continues to grow and long-term loyalty to a retail employer is very limited to non-existent at the lower levels. Some of the most successful tech has been used in pre-employment screening, onboarding and iterative training. The use of technology continues to give the advantage to the retailer. However, as it was pointed out technology is only as good as those managing and monitoring it. Managing is very important as like most things it needs care and feeding. A static and predictable security system will generally be worked around by especially by organized crime.
0
|
0
-   Share

Internal theft is a challenge. Incentivising honesty with employees is probably the most effective approach. Training will only go so far, especially with high turnover rates. Reprimanding thieves with current punishments isn’t a deterrent for internal or outside theft, as the statistics have shown. Utilizing more technology such as RFID/Sensors (which many retailers have already implemented) will give them more transparency to where theft is occurring. Utilizing technology to get data/insights on what’s going on in the storefront in real-time will be huge moving forward. Real-time data = real-time action.

Does having a fancy car enable it to be stolen more often? No, it’s bad actors who commit the crime. We can swap that with being a woman, having a dog, or owning a gun (to be controversial). The tech doesn’t cause the act, but there may be higher likelihood that crimes are committed when it’s easier to do it. Organized crime has become far more sophisticated, and targeting of the easiest homes in a neighborhood has been commonplace among burglars for centuries. Tech is not a cause. Solutions, however, start with watching for crime, and the best options are just having good training and awareness of what shoplifting is, how they engage, and what to do about it. It’s old school, but it’s basic training for retail associates — that’s too often overlooked. Discouraging employee theft is also important, given the amount of shrink that comes from this avenue. This can take a variety of forms, from camera tech to stronger store management. We’ll see more problems with shrink, but I expect to see… Read more »
1
|
0
-   Share

“Mental health challenges”? I don’t doubt that the survey participants know more about the issue than I do, but I’m still thinking no small amount of guessing is going on, which makes finding a solution — or solutions, really, as shrink isn’t some monolith of situations and actors — difficult, since one can’t “solve” what one doesn’t really understand. And to the extent that theft is “big business,” timid suggestions like “bulletin board notices” seem particularly inadequate.

Ultimately though, this is an issue of cost: just as you have to “spend money to make money” you also have to spend it to avoid losing it; more security and yes, sometimes “eyes and ears” that spot things rather than automation I don’t think technology has been unhelpful (what about sensor tags and wheels locks?) as much as it’s adopted without a full consideration of what’s involved. How often here on RW have we seen commenters wax enthusiastically about something like remote checkout, while a small group of us keeps muttering “…what about theft?”

In San Francisco, retail shrinkage is a particularly acute problem. Inasmuch as the city (law enforcement) considers these crimes too small — and, oddly, too numerous — to handle with absolute control. The thinking goes: petty thefts overwhelm the system. So, with them being perceived as not very punishable, thievery on this level has become rampant. In more instances that I could believe were possible for me to witness (make that: times the city’s population), I have seen persons enter stores (drug, grocery and apparel) to quite brazenly “grab and go.” But not even “on the run” after the act. They seem to casually saunter out, knowing their chances of being 1) apprehended; or 2) punished, as nil. Things are further exacerbated with the city having a long-running and literal “open door” policy contrasted with a lack of interest or financial resources to employ security at these portals. Plus, to even think of having staff act as barriers is a big (and very understandable) NO. All of it has become a bit of a “slippery… Read more »
1
|
0
-   Share

Maybe this year with less foot traffic in stores, new employees stationed near entrances more often to check for mask requirements or monitor how many people are entering at once, limited points of entry/exit, some stores limiting the size of customer groups, bans on reusable bags in stores (bagged merchandise = paid merchandise and that is a security thing), and certain other factors, theft in stores this year will not be as bad as 2020. Oh, I forgot all that looting this year. Isn’t that the same thing as shoplifting? There go the numbers for this year. The other issue, and I hesitate to call it out as it is political, is that it continues to be more and more difficult for retail stores to call law enforcement on shoplifters. In California (and I am sure there are other states too but in the case of California), it was a voter approved initiative some years ago. The state decriminalized thefts of below $1,000 from a felony to a misdemeanor. This certainly empowered the shoplifting community.… Read more »
0
|
0
-   Share

The other irony is when you go to other countries (I won’t say where — many choices), but let’s just say, countries with wage rates for employees much lower than the US, there are employees everywhere in the stores. All those employees everywhere serve as a deterrent to theft (both internal and external). Those countries don’t have safety nets — if you lose your job, you don’t eat until you find another job. So that is quite a deterrent to not engage in internal theft. I can’t help but think US retailers who have compulsively understaffed their stores, operate for too many hours when there are few customers and even fewer staff, and attempted to cut and hack labor in every way possible have in some ways dug their own grave on this theft thing. As more low volume retail operations go out of business, it will be interesting to see if the higher volume stores make enough money that they can pay for better theft prevention programs (more people, more cameras, tracking devices on… Read more »
0
|
0
-   Share

"Employees are still your number one guard against shrink and cause for it. People who are de-motivated, untrained, and allowed to stay find ways to help themselves."