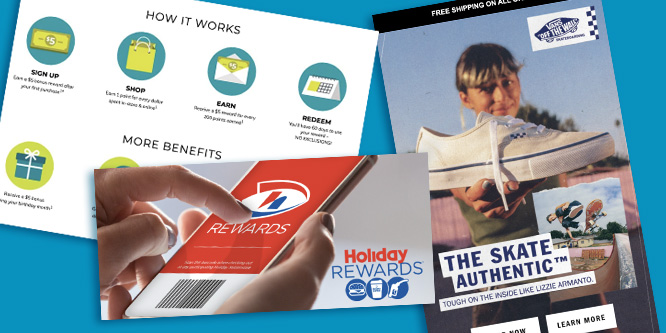 The loyalty programs that are rated highest by customers are not necessarily those of the most well-known retailers, a recent nationwide survey shows.

The study was based on a survey of 4,000 customers in the U.S., according to a document detailing its methodology. The researchers used six criteria to evaluate the quality of a loyalty program: ease and enjoyment, benefit, overall satisfaction, customer support, trust and likelihood of recommending the program to a friend.

In the department store category, Bealls, a chain with locations in the south and southwestern U.S., edged out national player Kohl’s (with a rating of 8.18 to 8.03) and came in significantly above chains like Macy’s with its Macy’s Card (rated 7.64) and TJX with its TJX Rewards Credit Card (rated 7.44). Bealls’ Coast 2 Coast Rewards program gives customers one point for every dollar spent in-store, a $5 reward for every 200 points earned, a $5 birthday bonus, 10 percent off in-store purchases on Tuesday and access to double points events. Customers taking part in the program have 60 days to redeem their rewards.

In footwear, the Vans Family “experiential loyalty program” received a score of 8.35. The skate shoe brand, once responsible for the Warped Tour, beat out prominent names from across the footwear world like DSW (7.88), Foot Locker (7.79), and Zappos (7.39). The Vans Family program touts insider information, custom shoe designs and members-only experiences as its selling points.

In convenience stores, Holiday Stationstores, which has 600 stores in 10 U.S states, earned a score of 9.63, while 7-Eleven had a 7.57 and Casey’s had a 7.36. Holiday Stationstores’ rewards program offers free sandwiches and coffee after certain numbers of purchases and five cents per gallon off of gas every day.

Big national chains did win out in some verticals. For instance Caribou Coffee’s Caribou Perks program and Dunkin’s DDPerks program tied with a score of 8.09 in the coffee shops category. Surprisingly, the two chains edged out Starbucks, whose loyalty program was rated at 7.98.

DISCUSSION QUESTIONS: Why do you think some of the high-ranking loyalty programs from smaller, regional retailers were rated higher than those of larger, national chains? To what degree do consumer perceptions of loyalty programs affect retail performance?

Please practice The RetailWire Golden Rule when submitting your comments.
Braintrust
"The most successful loyalty programs are those that listen and respond to the feedback and needs of the store's actual shoppers."

"This is absolutely no surprise to me. The smaller retailers have the freedom to bob and weave when they desire. No board room week-long discussions."

"Loyalty is more than a rewards program! The results of this survey prove that."

The most successful loyalty programs are those that listen and respond to the feedback and needs of the store’s actual shoppers. Smaller regional chains have fewer decision-makers and one group of local shoppers to listen and respond to, so they can test, adapt, and adjust faster to create a loyalty system that works best for them.

“Smaller regional chains have fewer decision-makers and one group of local shoppers to listen and respond to.”

I think this is the real reason here, good one.

Their points reward system is probably more generous than those of national chains. Their bonus points system is a big attraction. Regional means that the retailers can keep a better eye on its client base and what they desire from a loyalty program, enabling those retailers to pinpoint the rewards more effectively.

Correct on all aspects!

I am not familiar with all these programs personally, but it is no surprise that regional stores outscore national programs in some categories. It is most likely that the store mission remains close to the founder’s intent and the closer-knit team can ensure that program rules and benefits align with the overall brand purpose. Larger chains often change their strategy every time a new CEO comes in, but they forget to tell the loyalty department to update the program design – so it often becomes out-of-step with the new company focus. Loyalty is about building relationships with customers. Their loyalty rarely comes from the points, but rather their cumulative experience with the brand and overall perception of value. Points are just a tool or excuse to engage the customer. They can of course be very effective in adding gamification and driving desired customer behavior, but increasingly they are only relevant when a brand collaborates with complementary brands so customers can earn more often and redeem with more choice. In fact, the excessive fragmentation of so… Read more »
3
|
0
-   Share

This is not that surprising – larger chains have to be more homogeneous with their offering due to the scale of the program and the number of participants. Smaller chains have more flexibility to offer more compelling perks. In addition, in the example of Vans, they are targeted to a specific type of consumer vs. say, DSW, who has a broad appeal. The skate brand is a lifestyle brand that breeds loyalty by the nature of its offerings.

The simple answer is they know the consumer. It’s local. If things are controlled from a national office, most feedback gets lost. Local chains understand the needs of their community and how they might differ from published reports or analyst research.

Sometimes it’s not about technology, it’s about relationships.

Sure, regional chains have an edge here. With fewer locations, they have more control over the customer experience. A lot of that comes down employees’ training and feeling of connection with corporate. Bealls ranks highly for these reasons. Meanwhile, Holiday Stationstores has the advantage of strong regional footing combined with the resources provided by Alimentation Couche-Tard under the Circle K umbrella. Vans, however, doesn’t fit in here. While it has Cali roots and perspective, it’s by no means regional. And I’m not sure that it should be on the same playing field as marketplaces like Zappos/DSW/Foot Locker.

Likewise, Caribou’s owner JAB also holds Peet’s, Krispy Kreme, Panera, Bruegger’s, and Einstein Bagels. So while Caribou is operated locally and has the budget and freedom to innovate, the technology and systems end has the power to make things happen quickly. All in all, seems like this study says it’s good to be a consumer in Minneapolis!

The thing retailers need to remember about loyalty programs is that it’s about the customer – what’s in it for me – not the store. Nordstrom’s Nordy Club gives members a $20 reward after you accumulate 2000 points, which requires you to spend $2000. If you want to move beyond the lowest level of Macy’s Star Rewards program you need a Macy’s credit card. Rewards offered by regional and independent loyalty programs are generally more attainable. It’s not instant gratification but it’s close.

Spend $100, get a $10 reward or visit the store a certain number of times to receive a discount based on what you spent during those visits are among indie retailer favorites. The easier a rewards program is, and the quicker members see a reward, the more likely they are to participate.

Correct, the value proposition is key. The shopper or consumer can “smell” a lousy funding rate and in turn not be motivated to behave incrementally, shift their spend and in the case of this Newsweek rating analysis rank certain brands lower.

I always thought that what retail technology vendors really need to bottle is the personal capabilities of old merchants like my grandfather. He knew all the best customers in each of his stores and exactly what was needed to keep them the best customers. Sometimes it was little freebies or special service like having a tied rib roast ready. Other times it was pushing the latest continuity program. Interestingly, it was most often just a conversation with the store owner or manager checking on how things were going. Personal engagement will always be the key, even (and maybe especially) in digital channels.

Loyalty is more than a rewards program! The results of this survey prove that. Regional retailers have the advantage of knowing their customer’s needs, pain points and preferences from a closer lens as compared to the national chains. This is critical for building a strong relationship between the brand and the customer. In short, customers would love to frequent stores “where everybody knows their name.”

First off this Newsweek “analysis” is laughable. I mean come on, rating hundreds of brands that have some form of rewards or recognition and then calling them out as “best” in America. It is a list with recognition that a program exists. In regards to the question posed it is obvious to experts that build these programs that if you have a weak funding rate you receive “a low score.” Being regional and being “nimble” has ZERO impact on what you design and implement. There are plenty of sharp minds at the big chains in any one category that know exactly how to frame a tier based reward system giving “more” to valued shoppers and less to splitters or clearance buyers, for example. Or giving “more” to shoppers who have their PLCC or co-brand credit card. It is all about financial modeling, the projection of incremental lift, key performance metrics that align by tier/value segment and how you allocate the funding rate across the tiers as well as your promotional design throughout the year.
1
|
0
-   Share

This is absolutely no surprise to me. The smaller retailers have the freedom to bob and weave when they desire. No board room week-long discussions. They hear customers and can/will change in a minute, bobing and weaving to move to customer desires and expectations. It can happen at at break-neck speeds — and it should.

I would think easy to participate, easy to understand and easy to see the benefits drive the best retail loyalty programs. Some of the capabilities around tech, special treatment, etc. contribute to these three factors. No reason smaller businesses can’t be just as adept at these as larger ones. Consumers perception of loyalty programs is usually in the peripheral, until it becomes easy for them to engage, it’s typically ignored, but a good program will quickly do exactly that — build loyalty.

It’s not surprising to see the smaller regional players winning in loyalty. There are fewer retail options in smaller, regional communities. So, the levels of personalization that loyalty programs deliver to consumers in those areas is amplified significantly. These are, in many cases, actual long-term relationships with genuine loyalty.

Contrast that against the scale that larger retailers play on; even with the same level of personalization, the value of those loyalty program benefits become diluted because there are so many more choices. Larger, urban communities have more stores, more options for shopping and with it, less loyalty. Often, larger retailer trips are driven more out of convenience than loyalty, This is something smaller regional players don’t really have to contend with. A trip driven by convenience is a far more functional experience than one driven out of loyalty. The payoff for those trips: bonus points, small discounts or even a personal greeting would understandably have different perceived value as well.

Braintrust
"The most successful loyalty programs are those that listen and respond to the feedback and needs of the store's actual shoppers."

"This is absolutely no surprise to me. The smaller retailers have the freedom to bob and weave when they desire. No board room week-long discussions."

"Loyalty is more than a rewards program! The results of this survey prove that."