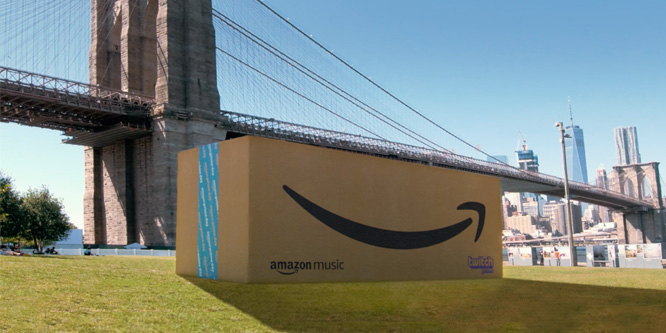 Rising tides do lift all boats, or it appears at least some of them when the metaphor is extended to retail. While Amazon.com announced that it had set a new 36-hour sales record blowing past revenues generated on past Prime Days as well as Cyber Monday and Black Friday, many rival retailers were also feeling pretty good about Tuesday, July 17, as well.

First to Amazon: the e-tail giant got off to a rocky start on Monday as it appeared unprepared for the traffic hitting the site. Visitors from desktops and via its mobile app were greeted with error messages when they attempted to shop. Despite the initial glitches, Prime members around the globe purchased more than 100 million products during this year’s event. Amazon also announced that more people signed up for its Prime program on July 16 than any day in its history.

As to its competitors, Adobe Analytics reported that online retailers with more than $1 billion in revenue generated 54 percent more in sales on July 17 than they do on an average Tuesday. Adobe, which measures transactions for 80 of the largest online retailers in the U.S., did not indicate whether its numbers included Amazon, according to CNBC.

Target, which ran a sale on Tuesday, said the event was the biggest online shopping day for the chain so far this year. Nearly 90 percent of the orders placed on target.com are being fulfilled at the chain’s stores across the country.

DISCUSSION QUESTIONS: What do you expect Amazon to learn from this year’s version of Prime Day? Did you observe any of Amazon’s tactics this year that worked particularly well? What will be the takeaway from retailers that compete with Amazon?

Please practice The RetailWire Golden Rule when submitting your comments.
Braintrust
"It's great that other retailers were able to benefit from Amazon's event."

"There’s a Trojan Horse effect going on with all the Prime Day hype: without increased net consumer spending, July sales have to come from somewhere."

"One thing I learned from being a retailer for a long time is that NO promotion works for very long, you have to keep ’em coming..."

I think the main lesson for Amazon is making sure there are no glitches with future promotions. Other than that, kudos for another successful event. Amazon is excellent at marketing and creating promotional events that work. Prime Day is just that. I am happy that other retailers benefited as well and that tells me that the consumer is also becoming wise that there are many other deals out there besides Amazon. The world of e-commerce is changing rapidly, and there is no doubt we are going to see many exciting events and opportunities evolve in the future.

Amazon needs to be more prepared for Prime Day since it was down for a good amount of time. That may have been why some other online retailers increased their sales. Both emails and Facebook reminders worked well for Amazon. At least in my case, we ordered a Fire Stick. Retailers need to hop on the to the sales day as well by continuing to also proclaim Prime Day as their day. It worked this year so why not have a 14th selling season called Prime Season?

There’s a Trojan Horse effect going on with all the Prime Day hype: without increased net consumer spending, July sales have to come from somewhere. There may well be more consumer spending right now, but not at rates matching revenue and hype. So the net gain for July sale days will show itself come next January when annual sales figures are reported. Amazon may well be the benefactor, possibly even some Prime Day knock-off competitors, but the difference between extra July sales and consumer spending growth will come off of someone’s balance sheet.

This is exactly what happened at the inception of “one-day sales.” The first couple were big wins, but as soon as the customer learned to anticipate them, it was learned that the one-day surge in business was pulled largely from the preceding and following weekdays and weekends — only at lower margins. And thus began the race to the bottom, many millennia ago.

Amazon does it again. Even with a bumpy start, it pulled off another great Prime Day. Amazon has created a mid-year shopping holiday. It’s as relevant as any other major retailer’s big sales. There’s hype leading up to it, and customers are happy. As for other retailers, you can’t fight it. You have to play along side it — find a way to take advantage of it. The stats showed an increase in retail overall, not just with Amazon. There are plenty of retailers smiling this week!

Like other comments mentioned, Amazon needs to be better prepared for such events. It is kind of ironic that Amazon, perhaps the greatest logistics company to date in our history, faltered at the start of the race. Other retailers were more proactive than Amazon this year and seemed to do well. Such events during the “dog days” of summer seem to be well appreciated and supported by customers. The only challenge that remains for these retailers is to generate such volume without too much margin sacrifice. Remember, anyone can give product away, it takes brains to sell it.

Prime Day was really more about digital promotion as advance messages promoted special offers and items of interest based on past purchases. What Prime Day points out is that any day can be a special day — pick a reason and run that flag up the pole.

I have no doubt that Prime Day was a financial success for Amazon, despite the outage. However, I wonder if Amazon realizes how different the shopping experience is on Prime Day from every other day of the year (and given the big sales lift, if they really care). Prime Day shopping is a significant departure from shopping Amazon any other day, and not in a good way. Searching is inefficient (at best), personalization virtually disappears, and the manufactured sense of urgency entices people to make quick decisions rather than decisions backed up by research and reviews (which increases the risk of lower satisfaction with the products and Amazon). I am glad to see the positive results from across the industry as Cyber Tuesday begins to enter the zeitgeist, but am disappointed by Amazon’s departure from their brand promise. For more on my Prime Day experiences and insights, click here.

It’s great that other retailers were able to benefit from Amazon’s event. Did that come down to the issues it had with its website which prompted others to go elsewhere? Or was it that for customers Prime Day has gone beyond Amazon in their minds and they see it as a general retail holiday like Black Friday and the January sales? If it’s the latter then perhaps Amazon’s advertising might and budget has been wielded to the benefit of the wider retail industry. On Amazon’s part I’m sure they’ll be working to ensure their website works perfectly next year, but at the same time they didn’t seem to suffer much from the outages!

It’s always an interesting debate as to whether a sale or promotion is creating extra demand that would not have existed, or just taking sales that would have happened anyways and moving them to a different time period. If we had no Black Friday, would all that business still occur, just spread out before Christmas? Given the “impulse” nature of a lot of sales, and the usual “price elasticity” observations, no doubt Prime Day both created additional spending and moved some July/August business earlier. Regarding the actual shopping experience and the user experience (I was in an Amazon website dead zone for most of the first day) outage aside, the UX was frankly terrible which was astonishing to me given Amazon’s technological chops. Other than the website being just plain hard to shop from an ergonomic standpoint, I was surprised at how poor the selection was of suggested items. Surely they could have used my browsing history to make better suggestions (since that capability is a pretty standard part of re-targeting) or picked items that… Read more »
2
|
0
-   Share

One thing I learned from being a retailer for a long time is that NO promotion works for very long, you have to keep ’em coming (unless it’s the traditions; Christmas, Black Friday, etc). I see Prime falling into that category within a couple of years — as a matter of fact, it seems to have lost a little luster (although not revenues) already, AND, competition is quickly catching up. Much less nutty media.

It’s pure ego to think you can create a “traditional” sale/holiday/special on your own in the middle of nothing for very long, and I don’t think Amazon falls into that “huge ego” category. I’d look for them to re-invent it within the next couple of years. Say after one more next year?

I loved Prime Day! I got a bunch of great offers and coupons (20 percent off a purchase or item) from some of my favorite retailers that took my shopping away from Amazon and onto their sites.

Amazon went heavy on discounts around their own products and low-quality level items. After about two hours of browsing, I tossed in the towel.

Those looking for upgrades or to get into the smart home won big with Alexa. I look for more of a push around Amazon-centric products for Black Friday and by then they should have the bugs worked out.

Amazon’s brief outages at the start of Prime Day were a “quality problem” – the problem being that approximately a gazillion people all went to the site at once. At the end of July, historically a slow time for retail. And they turned it into their biggest sales day ever. The most impressive part is how many new Prime customers they signed up – those customers are going to spend more throughout the year. The fact is that retail holidays continue working (Black Friday, Cyber Monday, China’s Singles Day, Prime Day, etc.). And the data generally suggest that these generate new sales, rather than just pull in sales that would have happened at other times. But even if it just leveled out sales throughout the year, that would be of benefit as well – remember that Black Friday got its name as the day when retailers turned profitable, and no business would choose to go 11 months of the year as unprofitable. So expect more retail holidays. And with Amazon’s resources, they can make it… Read more »
0
|
0
-   Share

Whether you compete with Amazon directly or tangentially, or you partner with them as a sales channel, Prime Day is a great online sales event to piggyback on for nearly any retailer. Let Amazon do all the work to create an artificial reason to focus on online shopping, and tailor your marketing strategy to coincide. Even if you were already going to run sales around that time, creating alternative paths to capture some of the online shopping fervor just makes sense. I personally browsed Prime Day sales and when I was done, was in the mental space to focus on other online shopping. Retailers that take advantage of this are smart IMHO.

Braintrust
"It's great that other retailers were able to benefit from Amazon's event."

"There’s a Trojan Horse effect going on with all the Prime Day hype: without increased net consumer spending, July sales have to come from somewhere."

"One thing I learned from being a retailer for a long time is that NO promotion works for very long, you have to keep ’em coming..."