NRF Show attendees are hopeful for 2016 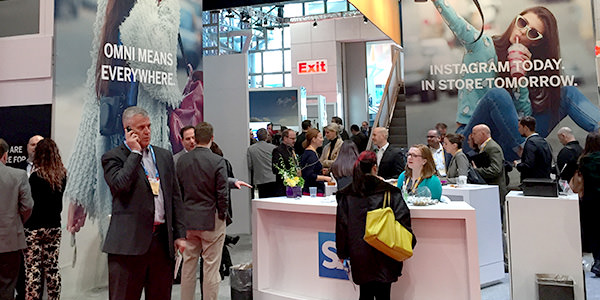 In our own randomly, unscientific fashion, RetailWire hit the floor at the NRF Big Show last week to get answers from retailers and their vendors to two questions:

Here is what some NRF attendees had to say.

“Data and analytics are high on the priority list of virtually all retailers, but it’s not about collecting more data, it’s about leveraging the data they already have. Retailers are looking for measurable results — they want proof of efficacy, and A/B testing will become even more pervasive.” – Mark Ryski, Author, Founder & CEO of HeadCount Corporation

“The trend towards buy online and pick up in-store is obvious. How to manage it is not. Retailers will need to break down silos, get top management on board and redesign stores to succeed. A perfect view of inventory is also required.” – Mark Lavelle, CEO, Magento

“2016 will be the year of analytics at retail. Retailers need to align their strategies with execution — flexibility and speed are the keys.” – Kristin Howell, Senior Director Retail Solution Management, SAP

What do you think will be the biggest factors affecting retail industry performance in 2016? Are you more or less optimistic about the industry’s prospects for 2016 compared to 2015?

Please practice The RetailWire Golden Rule when submitting your comments.
Braintrust
"Falling gasoline prices usually trigger increased spending, but the most recent dramatic fall in prices has had little impact, as consumers save their money. I see the prospects for 2016 dimming, and this year’s sales mirroring 2015."

9 Comments on "NRF Show attendees are hopeful for 2016"

The potential for the U.S. economy to stall, as is happening in most of the world, is the biggest factor that could affect the retail industry in 2016. Wages have finally started to grow as unemployment continues to dip. Under normal circumstances that should lead to increased consumer spending. But the economy is fragile and many people remain underemployed. Falling gasoline prices usually trigger increased spending, but the most recent dramatic fall in prices has had little impact, as consumers save their money. I see the prospects for 2016 dimming, and this year’s sales mirroring 2015.

There are some stunning numbers coming out of Amazon about the number of Prime members. The way to counter Amazon is through store experience, and retailers should be hard at work looking at new ways to drive conversion. There were lots of technologies at the show to surprise and incent customers, many of which involved strategic use of RFID.

2016 should be the year of differentiation … what can retailers do to become more compelling than Amazon?

2016 will be a tough year. We will see a lift over 2015 because retailers will place more effort on their strategy and tactical alignments. This will be via merchandising down to store or channel activity. We will see tighter assortments, less inventory and smarter pricing. This year too much inventory cost many retailers some major markdowns. The online space will lift for many retailers and by June most normal people will be tired of hearing about Amazon — our “Kmart in the Sky.” I also am getting the gut feeling that we will see more web-only, small shops open with price-centered merchandise. Combatant Gentleman is one that opened last year with great priced and high quality men’s clothing. Paying for the BRAND name is fading. Value is stepping up. Personal style and brand does not start with the vendor brand name, it starts with a person’s attitude and desire to be unique or blend in. Amazon is within a few years of overdoing the same-old same-old. They will not own the TV industry, they will… Read more »
0
|
0
-   Share

I am very optimistic for those retailers that are serious about investing in shopper insights to differentiate from existing and new competitors. I am totally pessimistic for those that are continuing their business-as-usual strategy of filling stores with product and hoping the shoppers will come.

Shopper insight technologies are taking the traditional gut feel out of so much of our business and leveraging the myriad sources of data (e.g., social, news, weather, events, etc.) that is literally impossible to accomplish via manual efforts alone.

I’m optimistic about the retail industry in 2016, but I do think the landscape will continue to change dramatically. The underlying theme of everyone’s feedback is that customer loyalty is critical. Customers need the ability to purchase products how and where they want, and need questions addressed in a timely and respectful manner. Increasing customer loyalty can be done through a variety of ways including market research, analysis of customer service turnover and employee training. Each customer experience begins with your trusted employees, so a majority of time and effort should be centered around creating empathetic and responsive employees. Build a loyal customer and they’ll stick with you no matter if they are shopping online, picking product up in store or a hybrid of both.

When I travel to visit the remote or underdeveloped places on our planet for business or pleasure, the first “things” I always miss are retail related. Living in the northeastern United States is very convenient and this is largely due to the retail industry and its supporting cast. This convenience is created and nurtured by demand. For this reason I am confident that retail will grow for the foreseeable future around the world. What will go away, or perhaps change, is what we sell and how we sell it. The evolution of retailers meeting consumer needs and earning customer reliance is without the possibility extinction. While this is so, the casualty count for companies that ignore market callings is constantly relentless. It is my observation that the best retailers are the listeners and never visionaries. Any investment in technology that improves the consumer experience must take into account the level of competence and ability necessary to use it proficiently. Consumers that feel compelled to search for product information, service or availability will soon realize a… Read more »
0
|
0
-   Share

Retailing today, like retailing yesterday and tomorrow, exists within the larger context of where society and technology are moving. Feelings of optimism from year to year is the drip drip drip of an industry in decline. I’d like to take a longer term view and share some thoughts: In ten years, more than half of today’s retailers will be out of business. Retailers who do not find ways to creatively destroy themselves, will be destroyed. New power players who have completely revolutionized retail segments will become giants. The political, economic, demographic, technological, and competitive forces of change that are in play will destroy the old order and create new ones in their place. I could go on, but for more, I refer you to the classic report: Retailing 2000. The Management Horizons/Price Waterhouse report from 1990. Yes, I kept mine, and the 5 down 5 to go report because history matters — rest in peace Walter Salmon. So regarding feelings of optimism during this moment of existential threat, let me paraphrase Clint Eastwood from “Dirty Harry”:… Read more »
0
|
0
-   Share

Retailers need to focus on developing and delivering (consistently) a differentiated experience: engagement, products, services in stores and across any device.

Understanding and satisfying consumers’ wants, needs and aspirations at any point in time are table stakes given that consumers’ expectations are being set by digital disruptors outside our industry and by digital giants like Amazon.

Smart, nimble retailers will win in 2016.

I believe it is important for retailers to keep equal focus on customer service and customer satisfaction in all instances of the customer journey — a shift to other than traditional channels does not mean that in store service should lose priority. To illustrate: I was buying skis for my children and the store associate was able to advise very well which models are available in other stores, which could be ordered online in the store and delivered. But when I actually chose to buy the available skis in the store, I waited an hour because the skis got lost between the 4th floor and cash desk.

Braintrust
"Falling gasoline prices usually trigger increased spending, but the most recent dramatic fall in prices has had little impact, as consumers save their money. I see the prospects for 2016 dimming, and this year’s sales mirroring 2015."