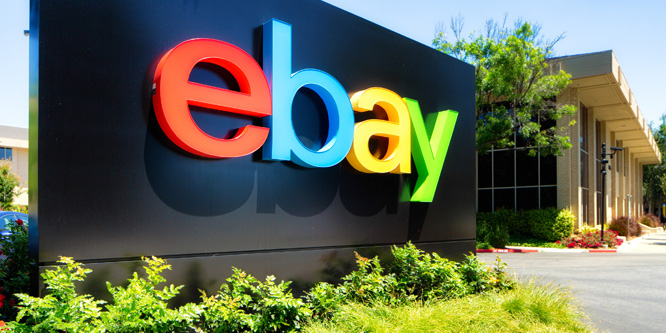 Intercontinental Exchange (ICE), the parent of the New York Stock Exchange (NYSE), spent much of last week justifying why a potential acquisition of eBay would make sense, before abandoning the pursuit.

News of a potential deal was reported by The Wall Street Journal on Tuesday. The deal wouldn’t have included the classifieds unit, which eBay has been looking to sell.

The news sent eBay’s shares up and ICE’s down as Wall Street was baffled finding a rationale.

On Tuesday, ICE issued a statement that eBay hadn’t engaged “in a meaningful way” and negotiations were not ongoing, while stating that ICE “does look to explore potential opportunities that it expects will deliver enhanced shareholder value, and will continue to do so in the future.”

“We’re not crazy. We didn’t lose our minds,” Mr. Sprecher said. “We know what our platform does and we know how to lever it. And we feel really good about our ability to continue to find new asset classes.”

Exchanges are looking to diversify away from listing and trading traditional financial instruments to support marketplaces for an array of digital assets, ranging from cryptocurrencies to airline miles to digital gaming assets.

Mr. Sprecher saw “more synergies and characteristics” between an online auction site and a securities marketplace in the way data is collected and organized versus an e-commerce platform. The CEO said eBay “should be viewed as a 25-year old cash market for collectible goods, which looks a lot more like the New York Stock Exchange than Amazon.”

ICE would consider deals for large, complex companies that could be “reinvigorated” by its larger platform or smaller ones that could see accelerated growth.

By late Thursday, ICE said it would cease exploring opportunities with eBay based on investor concerns.

The interest comes as eBay continues to seek a new CEO following the exit of Devin Wenig last September. EBay is also facing pressures from activist shareholders and competitors, from Amazon to emerging marketplaces such as Etsy, RealReal, Mercari and Poshmark.

DISCUSSION QUESTIONS: Do you see synergies in a merger between Intercontinental Exchange and eBay? How should eBay be positioning itself competitively?

Please practice The RetailWire Golden Rule when submitting your comments.
Braintrust
"In a simpler world far, far, away and long, long, ago (in digital time) when eBay owned PayPal, this deal would almost have made sense."

"If eBay is really an acquisition target, a more logical buyer would be another e-commerce behemoth or even a multichannel tech company. But ICE? Not so much."

"eBay is a platform for exchanging commodities — ICE and NYSE are, too. This move is so forward-looking many cannot see the connection."

I suspect ICE saw the same operational synergies that eBay saw when they owned PayPal. Except that eBay divested PayPal (quite successfully for both companies) when the differences in the business model outweighed the perceived synergies. ICE would do better looking at PayPal than at eBay.

Maybe it made sense when eBay owned PayPal. Maybe.

If ICE looked at eBay strictly as an investment opportunity, it’s understandable even if somewhat random. But if there is some perceived synergy between an e-commerce auction site and the NYSE, I’m not getting it. If eBay is really an acquisition target, a more logical buyer would be another e-commerce behemoth or even a multichannel tech company. But ICE? Not so much.

Other than in the software area, I don’t see the synergy with eBay. EBay is more than software and algorithms. Tracking the shipping and delivery and payments, as well as establishing the reliability of participants are all important characteristics. While ICE is looking for synergies and ways to expand, they need to investigate more than how their software platform can help. If they do not explore the potential business models in their entirety, ICE will be pulled into business areas outside their expertise. That situation does not normally fare well for the acquirers.

In a simpler world far, far, away and long, long, ago (in digital time) when eBay owned PayPal, this deal would almost have made sense. Today, however, you have to ask yourself what the good folks at ICE were smoking. My bet? If the deal had gone through, it would not have been good for either company’s ongoing business.

Ha Ha Ryan! Could not have said it any better! So you get my 2 cents….

Today’s mystery story — A “wait, what” moment to wake up to.

This doesn’t make sense to me. But I’m not a deep follower of Intercontinental Exchange.

How should eBay position itself competitively? That’s the far, far harder question. They have become a mix of “search for anything,” “collect for an enthusiast,” “online estate sale” and “overstock sell off.” But as they’ve grown, that makes their role in customers’ lives far murkier.

No, I don’t and I’m not sure if it’s my (admittedly) limited knowledge or Mr. Sprecher, but I found little in the explanation to help convince me. eBay is what it is: the premier marketplace worldwide for preowned merchandise, with a large user base and a strong brand name … so far so good. It also wants to be, of course, more of a traditional marketplace for new items. That one is a struggle.

eBay is a platform for exchanging commodities — ICE and NYSE are, too. This move is so forward-looking many cannot see the connection. Imagine a world where the notion of “going public” can happen on a smaller and more efficient scale. To start, this could have been a hybrid of Kickstarter with tracked profit sharing. There are some very interesting ideas this acquisition could have put into motion.

This is a nothing burger that somehow made it to a business headline.

ICE CEO Jeff Sprecher was refreshingly honest: “Curiosity, and the fact that we know people there, led us to open a dialogue. And that’s kind of the end of the story.”

eBay is a a digital commerce pioneer and a household name. It has a growing user base and is and under public pressure from activist shareholders. And that’s how casual conversations become rumors that turn into news.

Braintrust
"In a simpler world far, far, away and long, long, ago (in digital time) when eBay owned PayPal, this deal would almost have made sense."

"If eBay is really an acquisition target, a more logical buyer would be another e-commerce behemoth or even a multichannel tech company. But ICE? Not so much."

"eBay is a platform for exchanging commodities — ICE and NYSE are, too. This move is so forward-looking many cannot see the connection."