Macy’s should have stayed local 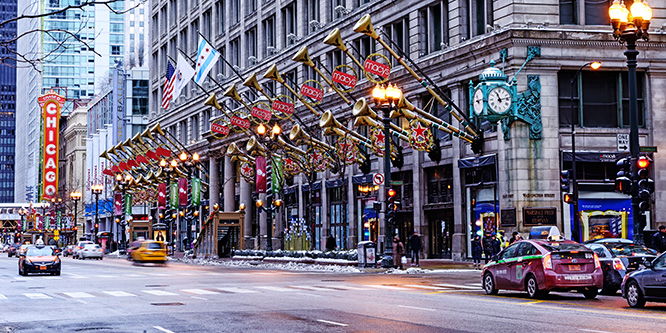 Through a special arrangement, what follows is a summary of an article from WayfinD, a quarterly e-magazine filled with insights, trends and predictions from the retail and foodservice experts at WD Partners.

Terry Lundgren, CEO of Federated Department Stores who would lead Macy’s Inc. for 14 years, wanted scale — economies of scale, efficiencies and synergies. Get big enough and the competition couldn’t touch you

For the first time, Federated would command a “truly national retail footprint” with one singular go-to-market strategy, Mr. Lundgren told analysts that day. Soon 64 of the nation’s top 65 markets would be represented by a single banner: Macy’s. “This is truly an exciting day in American retailing,” Mr. Lundgren said in a press release.

From that day forward, the strength of the corporate machine at Federated worked to consolidate regional brands under one banner, shedding brands from Marshall Field’s in Chicago to Lazarus in the Midwest. Loyal local shoppers rebelled. The dismantling of local institutions left shoppers feeling betrayed.

Decades of distinct market knowledge ended up devalued and then simply disappeared, rolled up into a singular corporate branding and buying approach. By becoming big generalists in a category that had personalization and specialization right decades ago, department stores dismantled the differentiation that might have saved them from obsolescence in an era of online algorithm-driven commerce.

The consequence of losing intimate local knowledge offers insights on where retailers should focus today. For retailers with physical stores, there’s one choice that stands out: Go back to the principles of local-market retailing, shop-floor buying decisions, and hyper-personalization.

The presumption that nationalizing a local buying approach can save money isn’t wrong. It can. But a national brand like Macy’s also ended up being less meaningful to many shoppers in specific markets.

The ultimate model of survival for physical retailers today is to go local and stay there. This is not a new idea. It’s the founding principle of department stores.

DISCUSSION QUESTIONS: To what degree can Macy’s struggles be linked back to the decision to consolidate regional nameplates under one national banner and shift away from local buying? What should Macy’s do now to fix what appears to have broken many years ago?

Please practice The RetailWire Golden Rule when submitting your comments.
Braintrust
"Macy’s was smart to keep many of the things Field’s shoppers cherished at that location, but it has never been the same."

"...mergers and acquisitions are almost always pitched to investors and the feds this way: We’ll be stronger by eliminating inefficiency."

"From my perspective, the consolidations of buying operations at Macy’s and other department stores was a result of declining sales, not the cause of it."

49 Comments on "Macy’s should have stayed local"

Macy’s has struggled for years in customer service and dimensions of. When it launched its celebrity ads years ago, I questioned whether it was prepared for the recoil traffic in store — which it wasn’t and hasn’t been for many years. Increased local intimacy and service patterns would only improve its operation, engagement, and profitability. Macy’s has suffered step-wise degradation that no one noticed until you try and tender out — no one is there.

Day after day the retailing industry lectures itself about the critical nature of customer engagement and customer experience if brick & mortar is to successfully combat commoditized online shopping. Then we destroy it with moves like this. Macy’s experience may have been better in different markets, but Chicago was devastated by the loss of Marshall Field’s. Macy’s did everything they could, at least in the beginning, by maintaining much of the Field’s look and feel and an outstanding customer service ethic. But it wasn’t “Field’s” — especially Christmas on Michigan Avenue.

In an era where everyone seems to want personalization, Macy’s should do a backward look to what made them successful years ago. The local shopkeeper mentality is not antiquated — it’s a good thing!

While I agree that Macy’s shift to a national branding and buying strategy, in hindsight, was an issue for Macy’s, I am not yet ready to say that move led to the downfall of the department store category. My sense is that department stores suffered from misguided assortment strategies on several fronts: little differentiation, a migration to the middle, minimal brand vision, and yes, a lack of localization. While certainly an important factor, I’m not sure I’m ready to go so far as to say that the lack of localization in itself was a death knell. That’s my two cents, anyway, Lee — thanks for the thought-provoking article!

I agree, a national branding and buying strategy is not the main issue with department stores’ challenges. From a branding and cost management perspective, scale is a powerful strength. Macy’s and other retailers realize the key is differentiation and that is why they are currently focusing on private label brands to offer merchandise that isn’t available at multiple retail chains. Grocery stores have been a good example of localization and department stores could improve their brand loyalty by creating, or expanding, their localized merchandise assortments.

It makes a compelling argument, but it is an argument to fit the narrative, in my opinion. Since the early 2000s, physical retail suffered across the board — not just Macy’s. Convenience through e-commerce, prices and Amazon were the contributors, that the article doesn’t mention. Unwieldy store sizes are another operational liabilities. In case of Macy’s unions as well.

The fact is the downturn of Macy’s fortunes coincided with go-Global strategy. But it is correlation and not a causation. Localized merchandizing is important but having local brands with duplicated systems, processes, and lack of economies of scale would not hurt more, in my opinion.

Yes, multiple trends combined to hit Macy’s strategy and investment decisions. Macy’s aggravated the outcome by forgetting that as Tip O’Neill advised, all politics is local, so is retailing. By all means, capture all the back-office efficiencies via M&A, but the customer-facing best be local.

I absolutely agree. People seem to forget two things. 1) Macy’s did quite well in the first few years after the Great Recession: solid sales recovery and strong margins. Things went south beginning in 2015, and it’s not very convincing to attribute that to eliminating regional brands. 2) Bon-Ton operated with seven localized, regional brands. How did that work out for them?

levineweinberg, I don’t think the demise of Bon-Ton had much if anything to do with their branding strategy, but rather was done in by yet another over-leveraged buyout.

I disagree on that. The problem was that adjusted EBITDA fell from ~$244 million in 2010 to less than $100 million by fiscal 2017, at the end of which Bon-Ton filed for bankruptcy. The debt would have been very manageable but for its eroding EBITDA margin.

Taking on too much leverage often leads to bankruptcy — but only when the underlying business struggles.

I think there is some merit in this argument but, for me, the bigger failure has been Macy’s inability to keep track of what the customer wants, innovate accordingly, and invest in new solutions and propositions. Sure, some of that is a consequence of consolidation — I am sure local chains would have remained more in touch with what shoppers wanted — but most of it comes down to having the wrong focus and poor management. After all, Target isn’t exactly a localized retailer, but it has done well by adapting to the times and allowing some local nuance where required.

Homogenization spells doom in retail today. We are well into a transition away from corporate-run chains to personalized experiences tailored to the local community. Macy’s lost their place as a beloved member of the community when they ceded leadership to a corporation focused so strongly on growth rather than connection. It’s clear this corporate mindset is not working. It’s equally clear they are looking at ways to get back to their community roots with their Story acquisition and Market by Macy’s strategies. But these attempts have largely failed because they are still screened through the filter of a disconnected head office. They will need to learn how to reconnect with their customers, develop smaller and more locally curated stores and reach to regain their place as a trusted neighbor.

I love a good deep dive into retail history, so thanks for that, Lee! The Federated/May merger was part of a larger consolidated movement in retail at the time. Department stores in particular began to realize just how convoluted and inefficient their models were thanks to Walmart. Federated caught a lot of flack at the time for crowning Macy’s as its master brand, yet the current wisdom was to merge and purge.

These days, maintaining local banners post-acquisition is the rule because retailers (and developers) have the tools to manage multiple banners without compromising efficiency. Many of the local banners that Federated/May shuttered were already struggling. I doubt that most would have succeeded as separate banners.

Macy’s biggest post-merger mistake was to dive down into the meh middle of retail. The Macy’s brand has had to do a lot of heavy lifting over the years and competing with multiple mid-tier department stores made it a real slog.

You are exactly right, Carol. A localized assortment of blah, is still blah.

The Bon Marche agglomeration used the same back-office and private label consolidation logic, but retained its local marks such as Herberger’s and Carson Pirie Scott — keeping a veneer of regionalization but in the end, as Gary says, blah. There is some organizational and geographic threshold (40 stores? 125 stores? 4 states? 7 states?) beyond which the corporate hive mind crushes any effective regionalization. Firing six more cost accountants, or buying another 20,000 sweaters in a lot, as a result of “centralization” just doesn’t make a lot of difference to a national retailer. But it could lose the loyalty of a metro area. As we Gen Xers say here in the Twin Cities, “I want my Dayton’s back!”

Scott, I think you mean Bon Ton versus Bon Marche, but that consolidation while maintaining separate branding started much earlier, first with Bergner’s buying Carson Pirie Scott and later when Proffitt’s (aka Saks) bought them out. I worked for Carson’s when Dayton’s changed all of their stores to Field’s. I can’t tell you how much market share we gained in the Minneapolis market at that time. I often labeled it as the worst mistake in retail and thought that Macy’s should have learned a lesson from them.

Carson’s flopped during the 1980s in Minneapolis. Herberger’s was a sister store of Carson’s around the time that parent store Dayton’s assumed the Marshall Field’s name on their stores. That said, I’ve seen numbers, but I’ve never seen where Herberger’s picked up all the business you claim. What is your source? Thank you in advance.