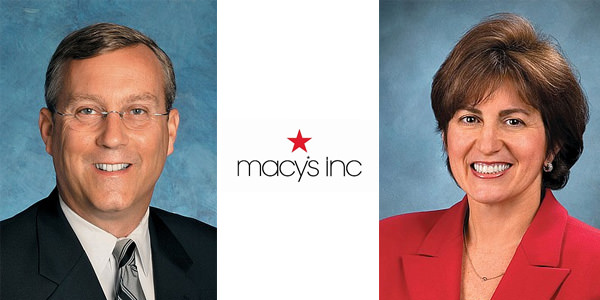 Will being somewhat late to the off-price game work to Macy’s advantage or against it? That is a question that will begin to be answered next fall when the department store operator opens pilot stores of its new Macy’s Backstage concept at four New York locations: Brooklyn, Queens, Long Island and New Hyde Park.

The new concept stores will average about 30,000 square feet and offer an assortment of women’s, men’s and children’s clothing, accessories and shoes. The stores will also sell home textiles, housewares and jewelry. Each of the stores will come with fitting rooms and have free Wi-Fi.

Merchandise will be a combination of clearance items from Macy’s full-line stores as well as goods purchased specifically for Backstage shoppers. The company is promising savings of between 20 and 80 percent off original prices or comparable prices for similar goods sold elsewhere.

"We believe we can deliver a whole new level of value to customers who appreciate fashion and love to hunt for a bargain," said Peter Sachse, Macy’s chief innovation and business development officer. "Macy’s Backstage stores will be designed to surprise and delight customers with continuously updated and fresh merchandise assortments focused on delivering current fashion with incredible prices, day-in and day-out, and enthusiastic sales associates."

Mr. Sachse is not the only Macy’s executive confident about the chain’s ability to succeed in the off-price segment. Back in February, CFO Karen Hoguet said the new concept would stand out in a field that has strong players such as Marshalls, Nordstrom Rack and T.J. Maxx in the space.

"Our team thinks they have the opportunity to compete quite effectively against these players," said Ms. Hoguet (via SeekingAlpha). "Obviously, I’m not going to tell you until we started rolling that. But the team feels very optimistic that we will do well, but again this is one of those ends we will let the customer vote and see what she says."

What will Macy’s have to do to differentiate its Backstage off-price concept from others competing in the same space? What do you think Macy’s will be looking to learn before it expands the Backstage concept to other locations?

Please practice The RetailWire Golden Rule when submitting your comments.
Braintrust
"There are plenty of questions needing answers before Macy’s ends up cannibalizing its core business. I still believe a "Bloomingdale’s Rack" type of concept might be more viable."

"I don’t know how this will go, but if you follow their sales, and piles of coupons that my wife gets, I don’t need another Macy’s. Thumbs down for me, but hey I sell groceries, so maybe I’m in the minority on this."

"This is not a new concept. Filene’s Basement started out as a merchandise closeout and grew into a chain of its own. The greatest strength for Macy’s is the speed to market of last season’s merchandise."

It’s not simply a question of how Macy’s Backstage differentiates itself from a space crowded with competitors like Nordstrom Rack, TJX and Ross Stores. Rack in particular has the brand cachet that Macy’s and the others can’t touch, especially in markets where Nordstrom is very deliberate about placing its full-line stores.

More importantly, how does the off-price concept differ from Macy’s full-line stores, with their constant barrage of sales and coupons? How is the merchandise content going to differ from what customers can find on the clearance rack at their local mall? Will Macy’s develop product specifically for Backstage? (Tough to do initially for only four stores.)

There are plenty of questions needing answers before Macy’s ends up cannibalizing its core business. I still believe a “Bloomingdale’s Rack” type of concept might be more viable.

As much as I love Macy’s and Terry Lundgren’s leadership, I’m not feeling this one. T.J. Maxx and Marshalls are all about finding great deals on designer threads. The Rack is in a category of its own. What is Macy’s bringing to the table?

Will they introduce a primo private label? If it’s all about price then I don’t think so.

I don’t know how this will go, but if you follow their sales, and piles of coupons that my wife gets, I don’t need another Macy’s. Just this past fall, I bought Greg Norman Golf Shirts, with all the crazy discounts and coupons, for $10.25 each. Bought 15 of them saving almost $800 off the retail, and the quality is amazing. This goes on all the time, as clothing, and other apparel is a bargain if you buy it at the right time.

I am not a TJ Max shopper or other clothing outlet type shopper, where all the clothes look alike, and have zero appeal to me.

Thumbs down for me, but hey I sell groceries, so maybe I’m in the minority on this.

Macy’s will make this concept work in spades. It has appeal for the Married Millennial Generation, as well as to Gen X, who are looking for opportunity for teens within the household.

Those two segments hold the Macy’s name in high regard. And, the Macy’s Backstage name will resonate on the reasons that these consumer groups go shopping, where Macy’s excels—quality, selection, brands, newest styles, fashion ideas.

In additions Married Millennials are pleased with Macy’s service, websites and mobile sites’ ease of use, Store appearance, store credit cards, and the fact that they register as a trustworthy retailer.

Macy’s plans to focus on men’s, women’s, and teens soft goods and jewelry will have fans singing not only Backstage, but stage front, as well. Macy’s will learn from their new and current customers on this one, and build on it well beyond the 5 boroughs.

Pretty much what the others said (except Roger, I guess, who seems to be a fan): there may not be enough of a gulf with the parent stores to make this work. We should also keep in mind that the stores, at 30K gsf, will only be about 15-20% the size of a typical Macy’s…so it’s really more like a new department or two, rather than a new store.

Retailers like Macy’s have been testing a variety of options in an effort to either train shoppers to spend more or meet shoppers who are accustomed to being enticed with sales and specials. While both strategies may create some profit, they won’t be truly successful unless they recognize the role of personalized pricing as a driver. The ingredients already exist through mobile technology, personalized shopping information, in-store beacons, databases and analytics. The industry just requires some brave pioneers to cut the path forward.

Off-price retailers of all kinds have enjoyed blazing growth over the past ten years, and look at what fast fashion retailers are doing to more established players. The Backstage concept will probably be a hit; can other Macy’s brands keep up?

This is not a new concept. Filene’s Basement started out as a merchandise closeout and grew into a chain of its own. The greatest strength for Macy’s is the speed to market of last season’s merchandise. This gives them a jump on Marshalls and T.J. Max. Nordstrom Rack seems to be doing fine, so will Macy’s Backstage if executed well.

The learning is around the edges. For example, if something does not sell well in the store but does in Backstage, it is either different customers or price. They can test ranges and colors. The biggest question is, will Backstage take sales from Macy’s stores? This will help determine how far away from a Macy’s store they should be located.

This concept represents a very fine line. It will be very easy for Macy’s sales to decline as the customers learn they can get the same brand for 20-80% off at Backstage.

Macy’s has always been a higher-end fashion store tailored for the customers that are willing to spend above average for a pair of clothes. By trying to accommodate to all social classes, they could be setting themselves up for failure.

If they are truly focused on trying to lower their prices, perhaps they should do away with the excessive coupons, or at least the majority of them. I believe this is one of the main problems with our current retail economy. If you don’t have coupons, you are easily paying 3 times what the item is worth. All stores need to lower that huge margin and get back to selling things for what they are actually worth.

About a half a century ago, a portion of Macy’s that then was called Bambergers had a place in the store bowels called the bargain basement. Consumers found a lot of off brand stuff at some pretty good prices. This was a time in retail when stand alone, which included most of the Macy’s stores, were gone forever in favor of the malls. Guess what happened next! Malls became dinosaurs and e-commerce, the new kid, was born and is sucking the life out of margins. So why not start over? Let us consider the following for a start. Retail of any type is not a political science. Retail was, is and will be an exact science which is subject to proof of viability demonstrated in the strength of today’s profitability. Macy’s does not have the tools for success in this endeavor. The name of the company is recognized and stands for high quality at reasonable prices as well as some exclusivity in the higher end apparel and accessories market, or what is left of it.… Read more »
0
|
0
-   Share

Braintrust
"There are plenty of questions needing answers before Macy’s ends up cannibalizing its core business. I still believe a "Bloomingdale’s Rack" type of concept might be more viable."

"I don’t know how this will go, but if you follow their sales, and piles of coupons that my wife gets, I don’t need another Macy’s. Thumbs down for me, but hey I sell groceries, so maybe I’m in the minority on this."

"This is not a new concept. Filene’s Basement started out as a merchandise closeout and grew into a chain of its own. The greatest strength for Macy’s is the speed to market of last season’s merchandise."