Is the Walmart/Instacart pilot a sign of big delivery news to come? 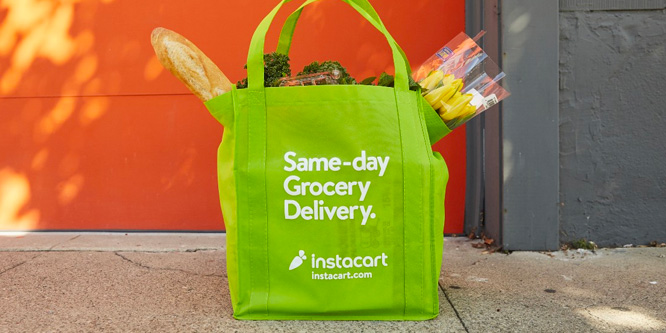 The biggest retailer and the largest online grocery delivery service in the U.S. are teaming up in a pilot program that, if expanded nationwide, could have major ramifications for the industry as a whole.

Walmart and Instacart, which work together in Canada, have partnered in four local American markets with an eye toward future rollouts if the test is successful.

“For the first time in the U.S. Instacart now delivers from Walmart locations in three California markets — Los Angeles, San Francisco and San Diego — as well as Tulsa, Oklahoma,” an Instacart spokesperson said in a statement to CNBC. “The new partnership brings thousands of items — from groceries, alcohol and pantry staples to home decor and improvement, personal care, electronics and more — at everyday low prices from Walmart stores to customers’ doors in as fast as an hour.”

Both Walmart and Instacart have seen their businesses buoyed as increasing numbers of consumers have turned to them to conveniently and safely shop for food and everyday staples during the novel coronavirus pandemic.

The retailer is also expected to debut Walmart+, a rebranding of its Delivery Unlimited Grocery service with additional perks including unlimited same-day deliveries of groceries, fuel discounts, early access to promotional deals and more. The service, which was originally set to launch in March or April and pushed back due to the pandemic, will cost $98 a year.

Instacart, which saw orders skyrocket as much as 500 percent during the pandemic, grew its share of online grocery as high as 55 percent in the third week of May, up from about 30 percent in February, according to data from Second Measure.

The delivery service has accelerated its retailer partnerships since the beginning of the year and now works with more than 400 retailers representing more than 30,000 stores in North America. The service reaches more than 85 percent of households in the U.S. and more than 70 percent in Canada.

DISCUSSION QUESTIONS: Do you see Walmart+ and Instacart deliveries being able to coexist or will the retailer choose one option over the other? What would be the ramifications of a national rollout of the Walmart/Instacart partnership for these two companies and the retail grocery industry as a whole?

Please practice The RetailWire Golden Rule when submitting your comments.
Braintrust
"Shipt 2.0. This is clearly a move to combat the success Target is seeing with Shipt."

"There’s really only one reason for Walmart to do this: as a step towards a potential acquisition."

39 Comments on "Is the Walmart/Instacart pilot a sign of big delivery news to come?"

Walmart buys Instacart if this works. Then all the other retail customers can sort out whether they can replace Instacart service at a reasonable cost.

Nice, Ben. That is the only way the economics work in the long run.

I like the idea. I frankly thought Instacart did a better job delivering groceries than Amazon Fresh is now, and stopped using them.

Choice is a great idea.

Our experience was quite the opposite. Granted it was during March/April — but the in the four times we ordered from stores that used Instacart, there was something wrong with every order. As opposed to Whole Foods which was 99 percent correct and fast. It got to the point that we would avoid any store that used Instacart.

I’m not sure where you, live, Gene, but experiences seem to vary wildly by city. Miami was awful. Gig Harbor, Washington, they said was great. You couldn’t even get a bloody appointment in LA.

The inconsistency of Amazon is worrisome.

I live in New York City.

Therein lies the challenge and the opportunity — agree with you both that these experience are wildly inconsistent. Our experience in Atlanta is that WFM/AMZN are much more reliable than Instacart.

I suspect that Instacart is not really an operator, but contracts the delivery services out to locals and can’t control the execution. Does anybody know how they operate?

It is not clear if this would be exclusive. If it is exclusive, at least for grocery, I can see it will give Walmart an edge in the grocery delivery wars.

Secondly, if Instacart is acquired by Walmart down the road, it could mean a major shift in the delivery industry. Otherwise I view it as a partnership that will accelerate Walmart’s grocery delivery capabilities, but may not have an industry altering impact.

I agree with the latter – this is an accelerant for Walmart, not a buyout scenario. There may be some interest in a buyout, but I am not seeing it now. It’s too costly and too dependent on the current market. Same-day delivery is not easy to fulfill and Instacart has been perfecting this model for grocery. Walmart will use this service to cover demand and supplement existing services. We all remember how grocers, Walmart, Amazon, and others struggled on demand issues, supply chain and stockouts at the beginning of the pandemic. It will also give Walmart better access to sell to a specific subset of same-day service Instacart customers that has been growing.

I agree. If anyone is going to have the necessary scale and resources to develop a solid solution for delivery against Amazon, it’s Walmart. This must be a test to see if Instacart works to their satisfaction so they can use it to supplement their own internal capabilities long-term.

I think this is a bad idea. As the largest retailer in the world and as the U.S.’s biggest grocer by some margin, Walmart should be firmly focused on developing its own solutions for e-commerce. This includes micro-fulfillment centers in its existing stores and, potentially, buying a technology company to help make this happen.

Partnering with Instacart may provide some headroom to drive volume in the short-term, but in the long-term Instacart is a potential competitor for Walmart. This deal gives Instacart greater knowledge about Walmart’s business and helps the business and brand to expand, making it a potentially bigger threat. Walmart has done some very innovative things in the e-commerce space. I don’t think this is one of them.

I don’t think it’s about volume in the short term (although, of course they’d see some volume increases). It’s about learning, which they can both benefit from, even if a deeper partnership/acquisition never takes place.

You got my 2 cents on this one Neil. Being the devil’s advocate that I am, I also have to raise the point: is delivery of groceries going to keep growing after pandemic days? Most of the people I know can’t wait to get back into the stores to shop. They are just trying to stay away right now. I see this as an option that will remain, but maybe not so much a huge delivery option. Take it inside Walmart and see what your customers want. Again, that is my 2 cents.

I would expect that Walmart would give Instacart some territories and use them for surge capacity in others. Pretty much all the costs are variable. With the amount of volume going through online you have to hope that the “gig carters” in either vehicle are taken care of. I wonder when they will be ruled as “deemed employees” as have Uber and Lyft drivers.

Speedy delivery that includes a broad range of products. And no airplanes are involved. Makes abundant sense. And kind of puts an exclamation point behind the commentary about Amazon somehow involving itself in mall/J.C. Penney/Sears real estate to get that same on-the-ground local access to customers. A couple of years ago, delivery was for pizza. Now it’s a key retail tool, driver and differentiator.

Shipt 2.0. This is clearly a move to combat the success Target is seeing with Shipt. Before the pandemic people said, “Who is Shipt?” Now, it’s an everyday word in harder to serve rural or bedroom communities. Walmart is smart to partner with one of the largest players in the game, because both Walmart and Instacart are now playing catch-up with Shipt in the segment of the market they’ve locked into annual contracts.

My in-laws on the far-north side of the Twin Cities have had great success with Shipt not just for Target orders (where the integration is basically perfect and the speed is Jimmy John’s fast) but also with our regional upscale grocer, Kowalski’s. Shipt is now indispensable to keep them living independently!

Scott — I agree, I rarely use Shipt for Target. We use Shipt for our local grocer and pharmacy. Glad to hear your in-laws are benefiting from it too, and staying safe!

I think the difference here is that Target needed to buy Shipt to enable that delivery capability that they lacked. Walmart already has this to some degree – they don’t need to acquire it. However they may be using this as a test to learn how they can expand their own internal offering. Having said that, I have to say Shipt has been the most reliable delivery service I’ve used since March. It has caused me to shop at Target far more than I used to and they are quickly becoming a go-to retailer in our household!

Ricardo — Fair point. The partnership is about giving them access to additional local retailers who extend their product offerings, while leveraging their delivery mechanism. That’s how I’m mostly using Shipt. I rarely buy stuff from Target, but Shipt reliably delivers our groceries every other day — and with an annual subscription that makes deliveries over $35 free. That’s hard to beat right now.

<a class="wc_tooltipster" target="_blank" href="https://twitter.com/home?status=Ricardo — Fair point. The partnership is about giving them access to additional local retailers who extend their product offerings, while leveraging their delivery mechanism. That’s how I’m mostly using Shipt. I rarely buy stuff from Target, but S