Is the time right to move to the cloud? 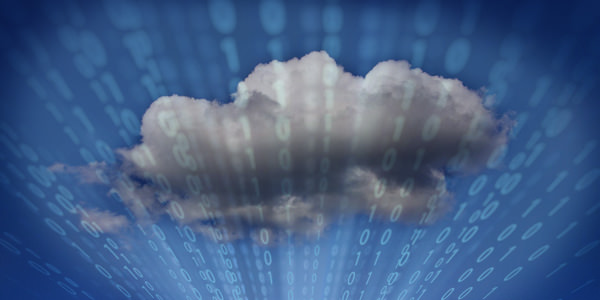 Business Applications IT Challenges The cloud
Oct 12, 2015
by Paula Rosenblum

Through a special arrangement, what follows is a summary of an article from Retail Paradox, RSR Research’s weekly analysis on emerging issues facing retailers, presented here for discussion.

Last week I visited with a client (non-retail) and, almost immediately, the "cloud" subject came up.

Burdened by a somewhat messy application portfolio requiring real rationalization, some of the company’s core systems have been moved to the cloud. I was surprised by the resistance to many of these applications (apparently the vendors initiated this move), and the fundamental suspicion of cloud-based applications.

"Maybe it’s coincidence and maybe it’s not, but ever since [application name not named here] was moved to the cloud, we have more trouble with it than we did before."

"I am far more comfortable knowing that we have the machines under our own control, in our own building, than under someone else’s control. What happens if the cloud application goes down? We’re helpless."

"It’s not like hardware is extremely expensive. It’s inexpensive enough for us to buy or lease our own."

From the VP of Operations:

"On some level, I don’t mind if they’re in the cloud or not. I would be okay with [application name] in the cloud because there’s not a lot of risk if it’s down for a while, but not with our core operational systems."

The CIO himself was less dug in on cloud vs. on-premise solutions. He was all about chasing functionality and taking it where he could find it. He did believe that he could outsource things like Database Administration, whether his applications were in the cloud or not.

We in technology have a responsibility to the industry. Moving to the cloud is not a license to change things at will. The "hacker way" may work for Facebook — but for mission-critical applications, not so much.

Our responsibility remains to take great care in putting out applications that work out of the gate, especially if their deployment is not a choice but a fact of life.

Some people have a rule not to ever install an x.0 operating system. They’re probably wise. iOS 9 was just released a couple of weeks ago. We are already up to 9.02 and my iPad’s on-screen keyboard still flips upside down when I’d rather it didn’t. But at least some of my smarter partners are waiting to do the upgrade. And that’s the point — we have a choice. I made mine and I have to live with it.

Our data has shown real reticence on the part of many to go to the cloud. Real-world observations are echoing that reticence. It’s on our industry to reduce that reticence with quality and choice. For real.

Which retailer concerns about transitioning to cloud environments do you see as most warranted? Are there ways technology vendors can ease concerns?

Please practice The RetailWire Golden Rule when submitting your comments.
Braintrust
"We are now going through a correction period. Not that many years ago, retailers and their IT departments wouldn’t even consider implementing anything outside their firewall and control."

"The "cloud" is the Airbnb of technology. The are four factors that pose the greatest threats to your privacy and security: 1. Software (source code) quality; 2. Bring Your Own Device; 3. The Internet of Things; and 4. Cloud storage."

"I think parts of retailers’ infrastructures will go to the cloud, while other "Holy Grail" applications will remain on premise for security and redundancy reasons."

11 Comments on "Is the time right to move to the cloud?"

We are now going through a correction period. Not that many years ago, retailers and their IT departments wouldn’t even consider implementing anything outside their firewall and control. These decisions were often driven by politics around control and budgets. The relatively quick move to accept cloud-based solutions was driven by “speed-to-market” as marketers were tired of hearing the word no from their IT departments.

Unfortunately many of these off-site applications have not built and/or managed their solutions to the same degree of robust and mission-critical operational excellence that enterprise clients have come to expect. This is most likely due to the rush for sales people to make promises their solutions and organizations can’t keep.

Let’s not forget cost. Competition inevitably drives the cost down, but at what price? Procurement squeezes price and the loser is often the tight service-level agreements that would address redundancies, software release protocols and such. It’s easy to think short-term savings without considering all the consequences.

I remember my dad’s resistance to direct deposit for his Social Security checks. Unless he saw and touched the check and wrote out that bank deposit slip he just didn’t want to take the risk.

The cloud seems to offer a similar risk. Paula describes reactions from those who are already moving to the cloud but have concerns. Bravo to those who keep marching forward. I think case histories of challenges and solutions are the only means of minimizing anxiety.

Here’s one perspective: Rolling the dice (with only six sides or 12) is still better odds than the lottery. Retailers still have to be clear on the payout to offset their perception of risk.

The “cloud” is the Airbnb of technology. The are four factors that pose the greatest threats to your privacy and security: 1. Software (source code) quality; 2. Bring Your Own Device; 3. The Internet of Things; and 4. Cloud storage. They are all interconnected. Entrance to one is entrance to all. But let me explain the Airbnb metaphor for cloud storage. Just like Airbnb, sometimes it works out and sometimes it’s a huge mistake. You rent a total stranger’s villa in a country you don’t know. Who really lives there? Who else has a key? What might be hidden in the place that could video your actions, record communication, surreptitiously invade your own devices and data though their kind provision of an online network? Were you able to “sweep” the place for electronic devices? Now … ask the same questions about cloud storage. Where exactly is that “cloud?” Who else lives there? What makes you so sure some other entity can’t access your stuff? And how will you ever know that some evil stranger has… Read more »
0
|
0
-   Share

I talk with retail CIOs all the time, and have made the same observation as Paula. The problem with this way of thinking is that retailers wind up being responsible for the security of their own systems instead of having a team of experts bent on protecting them. We’re headed to the cloud! … but slowly.

Real-world experiences, especially less than desirable ones, often create more awareness than all the promotional collateral can. The trouble is that from what I have seen, cloud implementations have proven to be very successful versus previous environments. This is supported by countless testimonials from multiple vendors. The advantages for moving to a cloud environment, either a public, private or hybrid model, are many; including cost, agility for the future and speed. End-users are most often very satisfied with the functionality once implementation is executed.

Having the either or option is a problem. Apps from vendors should be able to co-mix — some on the cloud and some not. With integrated apps, this is not a problem. With major home built apps or modification-heavy apps, it is a problem.

The key is that the vendor be dedicated to alternatives. Ask the vendor if they are running their shop on a cloud based platform. Best to practice what you preach, brother.

The fundamental concern for retailers is survival and, these days, the customer experience is changing enough via cloud technologies that retailers should ask: what is the state of the customer experience in the current and in the near term? What is the level of innovation on the revenue side of your business? Since revenue side innovation needs to be adaptive and modern, the cloud becomes a need to have. It depends on what’s running in the cloud: Office productivity apps? Sophisticated marketing apps? HR? CRM? Retail core systems? Each of these have concerns, but the number of unknowns vs the risks and benefits make this a great question for a retailer entering into the holiday season — typically a time for reflection on the coming year. These types of questions are the type that consultants address in a “strategy job.” Products of that type of work include a deeper understanding of your competitive and strategic landscape, the gaps (people, process, data), potential conversion road maps, etc. You know the drill and you’ve probably done this… Read more »
0
|
0
-   Share

There are so many factors in terms of successful cloud implementation, from technical infrastructure to personnel to corporate philosophy. Given retailers’ traditional desire for “safe and sure” systems, cloud computing can be a tough sell across the board.

I think for vendors, the key is to offer to start small on specific functions, make sure security and customization is sorted out, and grow from there. Another factor is that the networking infrastructure to reach the cloud needs to be robust versus traditional computing, especially when dealing with application access in the stores. I think parts of retailers’ infrastructures will go to the cloud, while other “Holy Grail” applications will remain on premise for security and redundancy reasons.

In the operations world of large retailers (i.e., large legacy systems), moving everything to the cloud in a single step can have an unnecessary impact on cost, schedules and risks.

Often a hybrid solution can provide a good balance between the “gains” needed from the cloud solutions without disrupting the solid parts of the in-house tools.

Technology vendors can show how their cloud products adapt to these hybrid environments, while offering the retailer more fail over protection.

Data safety and security somehow escaped this discussion. These issues are real and inescapably foremost on the mind of the many that are still reeling from wireless and black bag hackers. There is far to much vaporware in the clouds as in no real hardware and software verification.

I understand many of the concerns people have with moving both company and personal information to the cloud. It seems less reliable, especially since the cloud can not be associated with an object or actual entity. Then again, there are benefits to not having data on a piece of hardware — in some ways, the information is less likely to get destroyed.

An interesting part of this debate is that hardware is not as expensive as it used to be. I would argue that this is partly because hardware has become less valuable and is not as desired by consumers. Another important note is that many pieces of hardware require additional resources for maintenance. For example, in the case of a server, an IT person is often needed to take care of and monitor the device.

Finally, millions of businesses have moved to the cloud, which I believe is some indication of its value.

Braintrust
"We are now going through a correction period. Not that many years ago, retailers and their IT departments wouldn’t even consider implementing anything outside their firewall and control."

"The "cloud" is the Airbnb of technology. The are four factors that pose the greatest threats to your privacy and security: 1. Software (source code) quality; 2. Bring Your Own Device; 3. The Internet of Things; and 4. Cloud storage."

"I think parts of retailers’ infrastructures will go to the cloud, while other "Holy Grail" applications will remain on premise for security and redundancy reasons."