Is the gig economy sustainable? 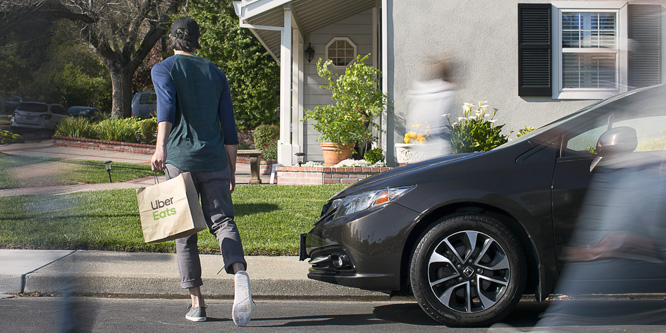 The poor IPO debuts of Uber and Lyft have reinforced concerns about the transformational potential of the on-demand economy.

Uber, touted as one of the biggest IPOs in U.S. history, went public Friday at the low range of expectations and closed down eight percent on its first trading day. The stock lost another 11 percent on Monday as the market tumbled over trade war fears. Lyft has fallen 40 percent since going public in March.

Much like Amazon.com and other digital disruptors, Uber and Lyft are bleeding cash to build their customer base and are not expected to be profitable for years. Subsidized by ample venture capital funding over the years, both charge less per ride than what the fares cost in order to hook riders on low rates. Ordinary investors may not be as patient to reward growth over profits.

At least until autonomous cars are plentiful, keeping labor costs under control and reducing high turnover will be critical factors to reaching profitability.

But the fact that Uber and Lyft drivers were able to hold a global strike last Wednesday across major cities with only social media was seen to some as a new investor risk. Presidential candidates are also calling for minimum wage and other protections for gig drivers. In SEC filings, both Uber and Lyft warned that any regulatory threat to their independent contractor model would hamper their ability to grow.

Uber CEO Dara Khosrowshahi on Monday reminded employees that Facebook and Amazon had rocky starts post-IPO. Pitching itself as “Amazon for transportation,” Uber may yet fulfill its promise to tap data from its already 91 million average monthly users to dominate a broad range of logistical services, including meal deliveries and freight shipping.

But prospects for a number of on-demand delivery services, including Instacart, Postmates and Doordash, all expected to go public and also believed to be unprofitable, would be dimmed if Uber and Lyft fail to recover.

DISCUSSION QUESTIONS: Are the challenges facing Uber and Lyft representative of the broader hurdles facing the overall on-demand economy? Should retailers be rethinking their partnerships with and investments in on-demand services?

Please practice The RetailWire Golden Rule when submitting your comments.
Braintrust
"There is a great deal of hype and irrationality that surrounds some of these firms, so it is hardly surprising when the reality fails to meet rather inflated expectations. "

"To sustain the gig economy humans are needed."

"As to whether or not retailers should rethink their relationships with on-demand services … DUH."

14 Comments on "Is the gig economy sustainable? "

There is a great deal of hype and irrationality that surrounds some of these firms, so it is hardly surprising when the reality fails to meet rather inflated expectations. The blunt truth is that for real success there needs to be profit or a clear path to profit. While Amazon may not have been particularly profitable in its early days, there was always a clear path to profitability. The same cannot be said of Uber. Its current service model is not profitable and with potentially tighter labor and regularity restrictions on the horizon, things could worsen. Autonomous cars may provide future potential, but when the technology reaches its full potential, that space is going to become very crowded, very quickly.

As for retailers, I see no harm in them partnering with on-demand service providers. They just need to be aware of the downside risks of these companies and not become overly reliant on them. And that risk includes bad perceptions that arise from using labor that is not paid well or treated fairly.

You are spot on Neil!

It’s not the on-demand economy, it’s the business model. When you have a business model that says, “let’s sell this product or service for less than it costs,” you are not going to make money. People use Uber and Lyft because it costs less. When they have to raise prices to make a profit, demand will drop.

Sounds like the supermarket business. Give all the key holiday items below cost and see if you can turn a profit.

The problem with the whole idea of a “gig” economy is that it is based on the reality that the people who are doing the work can’t — in many cases — get a real “gig” which means they are almost always stuck under-pricing, without benefits, normal labor rights, etc. In the case of Uber and Lyft you have models that are both — at this point — unsustainable and disruptive. If you doubt this, just ask any NYC cab driver what s/he thinks of Uber. And investors are right to be wary. There is no clear path to profit and there is a huge liability issue. Many of these drivers are carrying minimum insurance. And there are the “incidents” — such as the case in Kalamazoo, MI a few years ago when an Uber driver when on a killing spree. So, with this melange of malignant elements, how long is going to be before something goes really, really wrong, further threatening an already perilous business model? As to whether or not retailers should rethink… Read more »
3
|
0
-   Share

The on-demand, gig economy, or sharing economy has gained so much momentum over the past few years. However, there is a strong degree of irrational exuberance when an Uber of Lyft goes IPO, and the expectations around profitability are through the roof.

The truth is that both Uber, Lyft and other “gig” economy leaders have achieved significant growth in a very short period of time by fulfilling a need inspired by the digital age and smartphones. The disruption caused by Uber and Lyft empowers consumers to have a choice when it comes to ride sharing.

However, as the market has expressed, there are long-term concerns about these companies’ sustainability and profitability, as well as a clearer sense of their longer-term mission statement. There are also concerns about providing benefits, competitive salaries, and a defined career path for those drivers who are 100 percent committed to this new service. There are plenty of details to work out.

To sustain the gig economy humans are needed. Uber, Lyft, Instacart etc. leverage individual humans as cogs in their wheelhouse, creating vast wealth for the few at the top who pull the strings of a gig worker’s life. How far will our culture go in terms of “human costs” to support “on-demand” living? Nothing is free, and the thrill of getting something cheap quickly evaporates creating a desire for more, cheaper experiences. Just as we are witnessing on social media, there will be a “tipping point” — a human backlash to what some may consider the vulgarity of monetizing cheap labor under the guise of independent contractors to create great wealth and power for a few. Personally, I use Uber. My comment has turned out to be a conversation with myself.

Well said Cynthia. And unfortunately as long as there are people still willing to work jobs, no matter how underpaid or seemingly taken advantage of those workers are, our free market economy mindset basically gives the green light to keep giving those brands business without requiring us as consumers to give it too much thought. Why should I care about sorting out the problem, when I am benefiting from the way the current system is set up?? If conditions are really unfair then employees will simply leave, causing employers to change their models, but the reality is always so much more complicated.

The gig economy at the scale of Uber and Lyft is likely to run into far more problems than these smaller concerns. At scale, they will get more and more government scrutiny. Since neither operates a profitable company (and wouldn’t have profit even with self-driving cars), they are particularly vulnerable to employment law changes which close the human capital loophole they’re taking advantage of (and gets rid of all the people they’re taking advantage of).

The gig, on-demand, economy may be viable, but it has some big issues to overcome. Uber and Lyft may be a “house of cards” that could potentially tumble with no long-term profitability strategy. As Neil Saunders stated, businesses need a clear path to profitability to be successful.

The other issue with third-party on-demand services is reliability. Since these individuals are not employees of the companies using them for delivery, there is limited control over the level of service provided.

This is a big issue, as evidenced by Amazon’s recent announcement that they are offering their employees $10,000 to quit their Amazon job and start a delivery business. It will be interesting to see what the delivery landscape looks like in a couple years.

An old adage says when you are losing money on every sale, you can’t make it up on volume. Uber and Lyft ignored this, but the investors in the stock market won’t. Doesn’t mean the entire gig economy will fail, but does mean the stock market doesn’t support companies that are expected to lose money for years.

Companies need a long-term sustainable business model in order to be successful, regardless of what type of labor they use.

The stock market is driven in large part by companies’ earnings releases. When you have companies that don’t turn profits, no one wants to invest in them with the current financial market structure. No surprises there.

While Uber and Lyft have become representative of the gig economy, the definition is much broader than that. And to me, the gig economy is alive and well, especially as big corporations continue to downsize.

While the on-demand portion of the gig economy that Uber and Lyft focus on is under scrutiny right now, disruptors always are. It’s everything from the business model to unfair practices. The incumbents always cry foul. At some point, the original model evolves and a survivor or two emerges. The original version of Amazon had no stores, no AWS (major profit driver) and no real path to profitability. Regardless of what folks may claim now, Amazon was the target of major negative sentiment and endless short selling.

Retailers should certainly be diligent and pay close attention, but some company will figure out how to satisfy demand profitably.

Braintrust
"There is a great deal of hype and irrationality that surrounds some of these firms, so it is hardly surprising when the reality fails to meet rather inflated expectations. "

"To sustain the gig economy humans are needed."

"As to whether or not retailers should rethink their relationships with on-demand services … DUH."