Is the future of fashion gender-free? 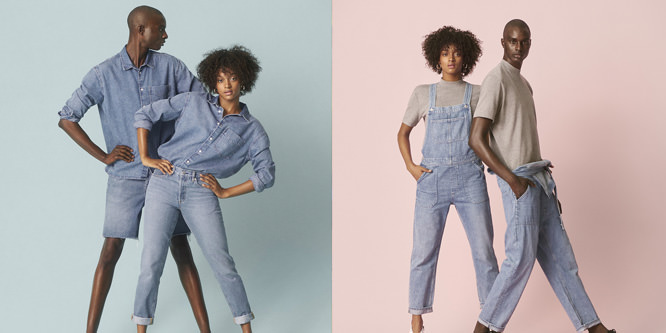 Through a special arrangement, presented here for discussion is a summary of a current article from the Retail TouchPoints website.

During the past couple of years, we’ve seen more brands and retailers dabble in genderless or unisex products and apparel, generally to much praise. Target debuted a gender-free clothing collection for kids, while H&M unveiled a unisex denim collection called “Denim United.” Zara released a genderless collection just last year, and Toys “R” Us and Target have made strides to ditch boys’ and girls’ categories, signs and displays in stores.

So, is the future or fashion — or even retail in general — genderless?

“While I don’t believe the future of fashion is entirely genderless (as that could mean ignoring male and female aesthetic cues and codes entirely), I do believe as we societally get comfortable with a scale of gender fluidity, shopping across that scale will become more widespread for all genders,” Natalie Prout, associate strategy director at the business transformation agency Phenomenon, told Retail TouchPoints. “Simply put, there will always be people who identify with either end of the traditional male/female scale, but more and more people will feel comfortable living and dressing across it.”

“Millennials and Gen-Z consumers were raised to believe they could be and do anything they wanted,” Ms. Prout added. “Why would fitting firmly into a pink or a blue box be the exception?”

Having a genderless mindset is something retailers can really benefit from, according to Ms. Prout.

“Lifestyle and tech products beyond fashion are more inclusive of individuality — an iPhone being the classic example, where the form factor was gender-neutral but rose gold models sold extremely well amongst men,” she said. “All-gender products simply mean ‘human’ products. By embracing individuality and self-expression as the key design code rather than gender, apparel retailers can design 100 percent of their products for 100 percent of their customers.”

Of course, retailers and brands do face challenges, such as backlash from people who reject gender fluidity.

“Retailers will have to decide what side of the discussion they want to be on,” said Ms. Prout. “PR monitoring and swift responses will be essential, as will the honest, brand authentic reasoning behind it. Retailers don’t have to be combative in this, but if they’re not prepared to tell their story, others may attempt to tell it for them.”

DISCUSSION QUESTIONS: Do you see the future of fashion or overall design becoming less dependent on gender? In what ways will retailers look to capitalize on the trend?

Please practice The RetailWire Golden Rule when submitting your comments.
Braintrust
"The good news is that the targeted audience is wider and almost all-encompassing, so the opportunity is fantastic for retailers and apparel brands."

"How would gender free account for differences in body types outside of casual dress?"

"This trend is know as “normcore,” and almost can be considered flat design for fashion."

13 Comments on "Is the future of fashion gender-free?"

I can see a market for gender-free apparel but not in a big way. Men and women are different in shapes and sizes as well as likes and dislikes. Gender-free clothes can be more comfortable and casual, so there is a market for them. But I doubt we will get to the day when all apparel is for everyone regardless of gender. Moreover, as technology progresses, I see more clothes being custom made and less off the rack. We already see early signs of this technology, and it’s only a matter of time before that becomes the norm.

Great point about customization. Mass-produced androgynous lines are probably a nightmare to execute regarding sizing and might not fit most consumers agreeably, whereas custom pieces made in small batches leads to a much more positive experience.

I think there have been hints of this trend for literally decades. Women have definitely worn men’s apparel and lately the opposite is popping up in more urban areas, typically. The good news is that the targeted audience is wider and almost all-encompassing, so the opportunity is fantastic for retailers and apparel brands.

There are two elements to this debate: clothing which is entirely gender-free and not reinforcing gender stereotypes through clothing. The latter is something most embrace, especially when it comes to kids clothing. There is no reason why a “girls” t-shirt should feature a domestic scene or fluffy creature while a “boys” shirt features something scientific or a dinosaur. The former, however, is quite different. It involves doing away with any distinction, so that clothing is entirely neutral. In my view, in the mainstream market, this will remain very niche. Most consumers aren’t interested in gender-free fashion. This is for practical reasons, mostly around fit; aesthetic reasons, mostly concerned with a lack of color and a fairly unrefined cut and style; and, in many cases, because consumers just don’t see the point in such collections. It is also the case that many people still hold a strong sense of gender identity. Given that’s the predominant demand trend, unisex clothing is at a disadvantage. Of course, there are some who have more fluid notions of gender, so… Read more »
4
|
0
-   Share

“Toned-down versions of male clothing” — yes, if we’re talking about Western/European male clothing from the past 100 years or so. For thousands of years, men were rocking “distinctly masculine” embroidered tunics, gowns, robes. Maybe everything’s coming back full circle!

There’s a longer point here to be made where women wearing coded-male clothing is seen as an empowering or strong move because to dress like a man is to be seen as more powerful, vs. men wearing coded-female clothing is seen as degrading because to be feminine is perceived to be weak or lesser. Fashion can reinforce those unhealthy norms or deconstruct them. Androgynous design leans toward the latter, so I’m eager to see men’s skirts next resort season at H&M … fingers crossed!

This trend is know as “normcore,” and almost can be considered flat design for fashion. I do believe that there are many factors influencing this, including technological, economic and social. In a world that is obsessed with the continual pursuit of the abstraction of complexity, why would fashion be immune?

As our society becomes more casual, the casualness of gender-free styles is making strides. How far will it go? I’m not sure, as styles come and go all the time. Parents may be trying to be less gender specific. However, when given the choice most, not all, little girls will lean towards cute animals and pretty things on their t-shirts and most boys will go for trains and trucks. Smart retailers will always try to stay ahead of the fashion trends and this one is no different. Though it has a chance to last a little longer because there is always a space for neutrality. For my 2 cents.

For kids, there’s not one whit of difference in the cut of jeans/khakis. Polo shirts, t-shirts, socks, belts, backpacks likewise should all be housed in between the “girls” and “boys” sections. Plenty of demand for NASA-themed clothing on both sides of the kids’ clothing department, as we discussed here a few weeks ago! And Hasbro is even tweaking their My Little Pony design licensing, noting the continued strength of that brand among “bronies” of all ages 🙂

Apparel and, to a much greater extent, fashion, is always a matter of personalized expression. For some that may be gender-less, but for many it’s a desire to express gender to its fullest. That may mean crossing and/or blurring the lines as part of making that choice. I wouldn’t say that as a trend gender-free design will replace gender-based design in fashion, but it will become one of many options over time. The more personalized and customized our apparel becomes with new technology the more choice and variation we will see. I expect some of that will include gender-free design, but not so much that it overwhelms the gender-based design.

Apparel is absolutely about identity, and a person’s expression of their gender and how they choose to identify with it matters deeply. I’m thinking of a lesbian cis woman using they/them pronouns who identifies as butch enjoying menswear and feeling represented by that kind of clothing, or a trans woman expressing her true self in coded-feminine outfits. That ability to express identity is part of the beauty of the role a retailer can play in a customer’s life. I’d like to give humanity more credit than the normcore denim future so dully portrayed in the image above! Androgynous fashion doesn’t have to equal neutral caftans and overalls. When designers begin to bore us, give me a panicked call about the state of fashion. Until then, we have nothing to fret over, folks. Diversifying apparel lines to allow more room for varied gender expression is a wonderful move for fashion retailers, especially those with brick-and-mortar stores. It’s a clear welcome message to customers who might not have felt represented by the brand before, showing that a… Read more »
2
|
-1
-   Share

Gender is an important element in creating our unique identities. What I see is a desire, even a need, by each individual to assert and express one’s unique identity across lifestyle, apparel, purchases, social media, group affinities and so on. In that construct, the gender-free look is one of innumerable options rather than a main social trend to jump on. It’s a niche rather than a social trend.

The traditional apparel model that begins with pinks and blues as imprints of identity is increasingly viewed as restrictive rather than assertive and liberating. The future is expressive in which we celebrate the individual with the countless differences and experiences. It’s definitely not about a homogeneous and undifferentiated whole. Having a single or common look is reminiscent of an ice cream parlor with one flavor or living in a world in which Henry Ford’s “you can have any color as long as it’s black” is the norm. Sounds dull to me.

Agree with Art on there being a market for gender-free, but not in a massively scalable way. How would gender free account for differences in body types outside of casual dress? Retailers could capitalize on the trend by doing their research among the groups that lean toward gender-free options. Don’t assume — ask your potential customers what they want and design accordingly. It would be great to have a mass personalization option where clothes are made to order. Seeing this in other areas and gender-free could really leverage this technology to reach a wider audience.

This trend is less about fashion than clothing: fashion, being in fashion, style, etc. will retain the same variety it has now or even increase in variety. What we’re looking at here is clothing — you can’t be naked, you don’t want to be too hot or cold, etc. This is where unisex comes about — from simplicity and utility — two things that are growing (at the expense of more style driven fashion). Uniqlo is a great example — ascendant on the basis of techno-fabrics and utility designs, and essentially unisex except for the size and cut.

Braintrust
"The good news is that the targeted audience is wider and almost all-encompassing, so the opportunity is fantastic for retailers and apparel brands."

"How would gender free account for differences in body types outside of casual dress?"

"This trend is know as “normcore,” and almost can be considered flat design for fashion." 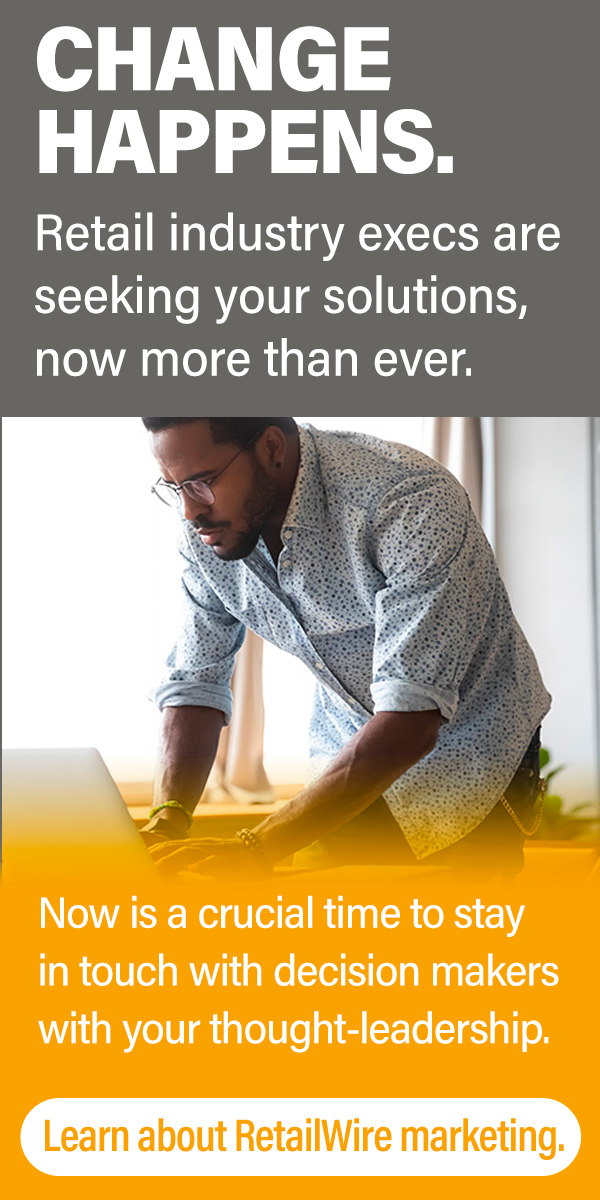